Here is my first coil build. Not pretty at all but it worked decent on my new Tsunami rda.

I need to figure out what I am doing wrong with the Coil Master V3 coil jig because all my coils were wrapping on top of themselves. I ended up wrapping this one my hand. 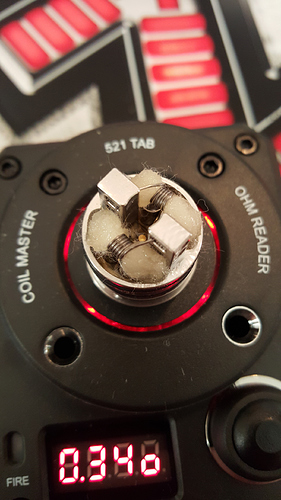 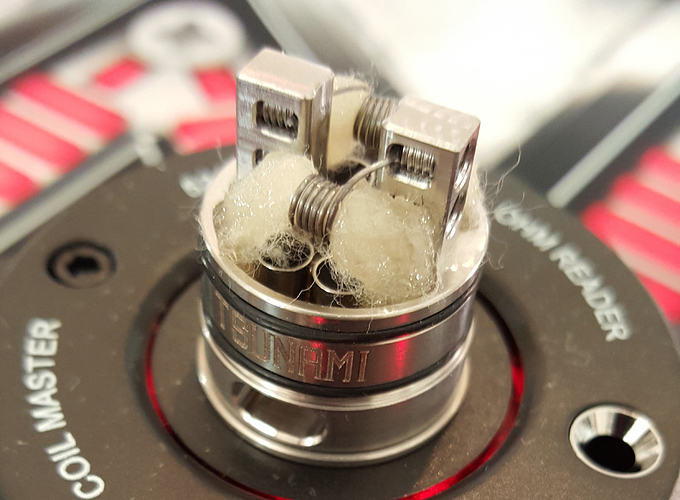 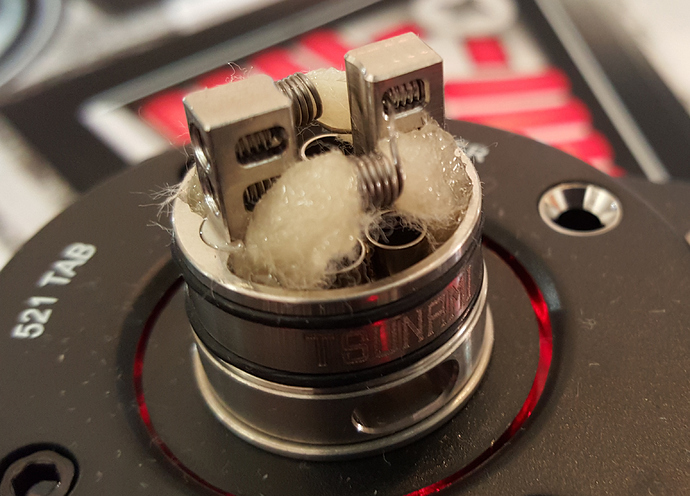 I had the same thing happen with the V3. If you use minimal pressure as you are turning it will feel “springy” which is what you want. Let the piece do the work. Turn, release pressure, turn, etc etc. Hope it helps.

Sounds good. I think I was using too much pressure and was fighting the wire. I was also excited to get some coils build to try out the new rda.

I’m going to practice making standard coils using different gauge & type wire before I delve into getting the drill out twisting up some wire or making claptons.

I was also excited to get some coils build to try out the new rda.

Trust me I know what you mean lol. I just started myself this past weekend. Good luck and enjoy

I feel a new hobby coming on. Not that I don’t have plenty else to do to keep myself busy, LOL. Now I need another mod that I can dedicate to my dripper. $$$

Sounds like we are both on the same boat hahaha…

Looks to be a rainy weekend so no hitting the trails in the Jeep rock crawling. Looks like I will be building coils instead!

Same here! My cherokee is at the shop for normal tune up stuff for a couple of days…rainy here too…good weekend for practicing.

Oh wow look at you wrapping!

I’m cheating and buying pre-wrapped 26g K A-1 from China. About 5 more days and they should be here with the clone RDA’s I bought. I’m gonna get out the reading glasses, swear a lot and watch my husband roll his eyes at me. I’m planning on doing it at the camp ground this summer to impress my son in law and have a cloud chucking contest around the fire.

I’m gonna get out the reading glasses,

OMG, you had me laughing so hard I coughed. My son in law would be so jealous of me with that thing he would die…

No! I cant do it! I just cant spend the money on that!

well it was either that for me or get these glasses

Hahahahaha, you had me rolling with that pic!

Hahahahaha, you had me rolling with that pic!

Question…
While I have build a couple of coils (and for those that haven’t done so for their rba’s it’s very simple to do if your just doing simple wraps…), couldn’t you torch or fire the wire prior to wrapping and get some of that springiness out of it? The Tab 521 has those wire resistance cables, I watched one video where the user used them to fire the wire. Saying that it could be used to do as I was asking about.

I have seen a few videos of people using a torch to do just that, remove the springiness. Not sure if it would work using the clips with the 521 tab but guess you could try and let us know. I mean, someone has to be the guinea pig.

The video I watched (I watched a few prior to getting the 521 in the mail so I can’t recall which one it was), the person did fire the wire. Seemed to work fine, I’ve been using some pre-wrapped clapton wire myself, but stuck the info back in my brain socket if I ever wanted to try it.

Found it at about 17 minutes in:

I noticed that in his version of the 521 hitting the fire button puts a “pipe” on the display screen… mine doesn’t do that “pipe” thing.

Mine doesn’t say pipe either. Maybe that’s what happens when tou use the clips.