Flavorah by the foot

I was so excited to receive my vape mail / prize from @Flavorah . I must say that I am extremely grateful and overwhelmed seeing what a full line looks like. Below are a few pics. Everything was well packed and even with orientation arrows.

I called it “by the foot” because that’s how many flavors there are.

That being said, I’m going to be mixing a bunch this weekend and ready for a four week steep. If anyone has a Flavorah recpie they want to try post me up here. I’ve already got a few planned like a cinnamon crunch recpie from @fidalgo_vapes 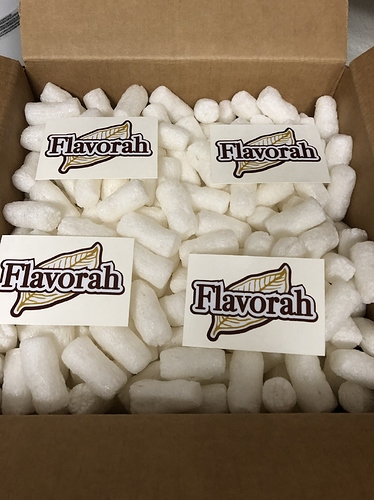 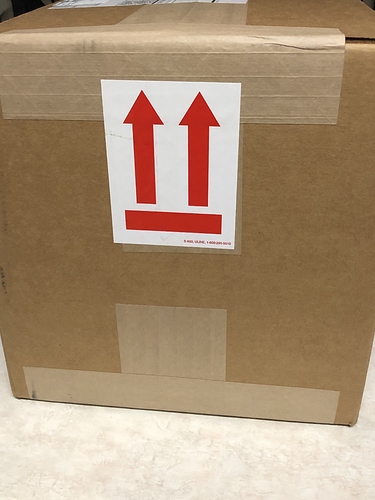 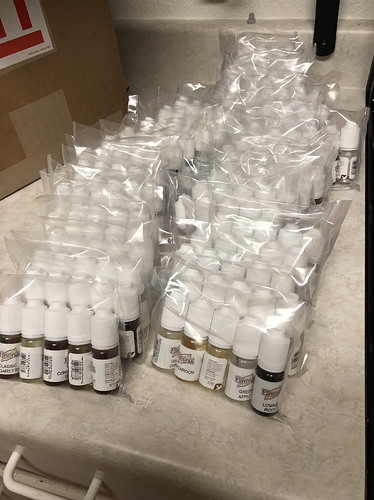 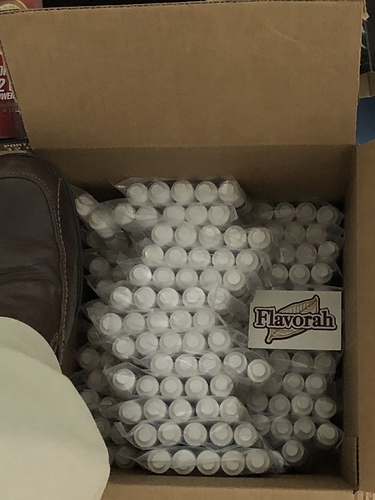 I’ve never seen that many Flavorah’s at one time before !!!

If anyone has a Flavorah recpie they want to try post me up here.

@Chrispdx Ask and ye shall receive …

@Chrispdx - if you don’t have yet, you should check it out: https://www.flavorah.com/wp-content/uploads/FLV-Vape-Recipe-Book-1.pdf
Flavorah Reicpe Book

Holy crap! Was this from a contest you won?

Holy crap! Was this from a contest you won?

Yea I saw it a while back. Congrats to @Chrispdx. Need some shelves now

If anyone is interested @Flavorah is doing a give away on Instagram, they are giving the whole line to a lucky winner. The people here that I know are on Instagram @TheTinMan @Skullblade789 bro, I said you liked scotch and I must apologize for that. It’s Bourbon that you like. my bad. @Steampugs @woftam

Wow what a prize congrats

Ty for the interest in one of my recipes , I also like limonada Roja its a nice straw rasp lemonade try the v2 as well I ink its public

I don’t have flv only recipes, I find myself having to always grab other lines to throw inbetween, because something is always either missing, not true to label or just doesn’t fit the profile lol. But then again I don’t have the whole line, that could be my fault then.

Anyways, congratulations on the win, we see you next year! That’s a lot of sft lol

Any recpie that has a few odd ball flv inputs is a’o’k. I’d be the first to state that I have always true to buy the best from each flavor house. To that end I already had 20 flavors or so…but often found that I was missing a key flavor from others mixers.

But now I have boysen berry and I guess you name it. Lol. Normally when I get a vapemmail in I sniff each flavor the day of and spend a week designing test mixes. This time I took out the packing peanuts and was oh my…Put it all in the box and was like there are more flavors than the size 11 shoe I was wearing.

Done and done. I’ll proably do the original and one with a swap for strawberry fa+ripe tpa for a comparison. Alipine and I haven’t agreed…so far even at 0.1 I get a chaulky fake plastic strawberry.

… well not anything … let me know what you think about the morning mimosa . I really want to like it and have tried numerous times to make it work , since your the orange man maybe you could suggest something to make it pop

It’s been added to the list. I’ve worked with all those flavors except elderflower. What a great way to test out elderflower. My experience with moscato has been playing with its boozy note and mixing with peach for a boozy peach wine. I just need to bubble up the peach.

I couldn’t find the orange mimosa…but without seeing it I would guess 0.25% juicy peach tpa or a strawberry of choice at a hidden percent. 0.25-0.5 redntouch fa or 0.75-1.25 ripenstrawberry tpa. Mimosa always says to me me…red and fruity. Other than that maybe orange fa at 0.25-0.5 may fill a missing gap.