Guidance on posting in Discounts and Deals, please?

Just created a thread in Discounts and Deals for first time., and almost straightway had it merged with the thread “Good Deals 2018”

Now, I never actually read that thread myself, cos the chances that ther;'s something that interests me -and that isn’t past it’s use-by already - are slim. When I check out the Discounts and Deals section myself, i look down the topic list to see if there’s any product that I was planning on ordering anyway , and if not, move on, I don’t know, but I suspect that a lot of others do the same.

Now the deal that I was posting was only viable for 5 days, so I wanted it to be very salient to the people who buy the product (MF) so they’d, hopefully , notice before it’s too late, which seemed to me a good reason to create a new thread with the product clearly stated in the title. There was already an old MF thread there, whch I thought to add to, but it said 15% off in the title whereas this deal was for 17% .

I also thought to post in one of the several Medicine Flower threads elsewhere in the forum but then it struck me that the Discount Section is there for a good reason: it saves cluttering up other threads with info that’s only valid for a brief period. In the Discount section, that info will naturally drift towards the bottom of the page, once it’s past it’s sell-by. So it saves people reading through redundant info.

Now this isn’t a particul;ar problem really, because it transpired that somebody else has already posted the same deal in one of the MF threads

But it serves as an example . ( I don’t think the prior posting could have the reason for the merge, because I’m subscribed to the thread in question, and I didn’t get a notification of the new post there until afterwards, so I don’t suppose anybody else did, either)

I’ll probably want to post in that section again, sometime, so I’d like to know what was wrong with my reasoning there? and I’d also liketo see some clear guidelines posted in that sub-forum. There is no sticky explaining how to use that sub- forum

It’s obvious to me that you don’t have to post absolutely everything in “Good Deals 2018” or else why have a whole sub-forum? and why are other threads allowed to stand in that sub- forum?

I thought I had this pretty much figured out, but , following that merge, it’s now clear as mud to me .

You probably could have asked all of this in a pm but since you didn’t - I merged it into the good deals thread because that is where i thought it fitted best - I really don’t think we need a thread for every sale that every vendor has - as you said it is only valid for a few days.

Thanks for the explanation:)

Well, as for asking by PM, well, your last PM message left me with the impression it was pointless contacting you by PM, or else I might have done that.

That said, though, I do think it’s well worth asking as a general question. My reasoning on this is evidently radically different from yours. And I actually wouldn’t trouble to post a deal like that in that general thread , for all the reasons I stated. So if that’s the rule, then I simply shan’t bother in future.

In any case, some posting rules need to be made clear, via sticky. That should cut down on the need to merge threads.

quite possibly. And yet there are plenty of other sale threads in that sub-forum. So it needs to be clarified what kind of sale thread is valid and what sort isn’t? And why? And not just to me, but to anybody else who thinks to post there.

as you said it is only valid for a few days

So what’s the problem there? Does a thread use up more storage or something?

I’m not a total idiot. if I’m reasoning it through like this, then it’s likely that others will too. Indeed, many others have done so, to judge by the existing threads. It looks to be very hit-and-miss whether they get merged or not.

So this really needs to be thrashed out, and clear guidelines posted , IMO.

A good compromise might be to haveone single dedicated thread in that section for every vendor or specific product range on offer . Then it will just rep[licate the vendors section , you might say? But no, only so many vendors have a thread in that section, and some will probably never have a thread there (eg certain concentrate manufacturers who are -understandably- wary of being associated with vaping) . Then we can all bookmark the ones we don’t want to miss.

Hmmmm. Here’s a few random tidbits of my knowledge.

The best way to learn from a mistake or merge or friendly reminder. It happens to all of us. I posted a recipie the other day and someone reminded me that I pick the wrong flavor. All I could say was monkey butt and fixed it. Lol.

Thanks fot the feedback

Often times we will post a good deal in specific speciality threads. Like an mf discount in the mf thread. Is it the best place? Maybe not, but I don’t see a harm in that.

Right! Not ideal. But the best choice, IMO, if it’s between “MF thread” and “Best deals 2018” , cos the man thing is that the people who buy MF will see it.

So that;'s exactly what I shall do in future. Post MF deals in one of the MF threads

I kinda thought I was doing the right thing by putting it in "Deals and Discounts " instead, but looks like that sub-forum just can’t be adapted to purpose ?

As you said “Otherwise there would be 100 new threads daily of random discounts. Search vapecrawler and find a billion random deals”

Well, disregarding the "threads " question, that’s pecisely why I don’t look at the “Good deals 2018” thread . I simply don’t have the time and parience to sift through a shedload of miscellaneous deals.

I keep thinking think there’s gotta be some way of making the deals that interst us more salient, though; . Some degree of pre-sifting in that subforum, as per my earlier suggestion. perhaps? otherwise the whole sub-forum seems pretty pointless, to me.

I’m not a total idiot. if I’m reasoning it through like this, then it’s likely that others will too.

Others, including staff, which is likely why a single thread is used in the first place. Makes sense to me, having a clearing house thread versus many little daughter threads. I’m sure they’ve thought about this before and decided one umbrella thread is the best way to go here.

Well, I disagree evidently. But that said, I’ll cheefully abide by the rules, if they post some rules! As it is, they’ve left the individual member to guess what the rules are. And me, I spent 30 minutes staring at the contents of that forum, and thinking about it; and in the end. not only did I think i was doing the most sensible and reasonable thing, I also felt backed up to the hilt by a whole bunch of clearly-visible precedents .

I don’t think anyone coulda tried harder to do it right!

Well, now you know. I understand people have opinions and many of those people like to express them ad infinitum, but really… just say ‘cool, thanks’ (to @woftam) and we’ll carry on!

Well I already said thanks to Woftam, but, so far as I know, he was explaining his own reasoning, not referring to an established written rule, as such.

And I’m just one member , you know? if such rules do exist (not saying they don’t, just that nobody’s directly referred to them yet) they need to be stickied at the top of that subforum, where other members will see them when they go there. . It would save the mods and other folk quite a bit of work in the long run, methinks.

And I’ll say “thanks” again when somebody or-other-says “yeah, let’s do that”, I really will.

Well I already said thanks to Woftam, but, so far as I know, he was explaining his own reasoning, not referring to an established written rule, as such.

You’re into semantics now. As you asked in the title, you’re looking for ‘guidance’ and you got it. To request a ‘rule’ is akin to passing a law. Rules and guidelines are different things. Really now! 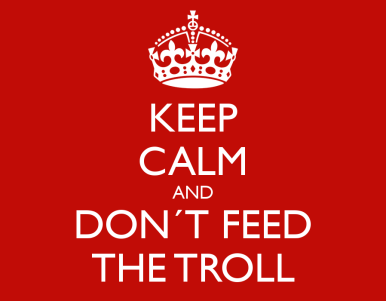 who’s into semantics?
from my OP :

I’d also liketo see some clear guidelines posted in that sub-forum. There is no sticky explaining how to use that sub- forum

so I’ve used the terms gudelines and rules interchangeably. So shoot me!

Indeed, many others have done so, to judge by the existing threads. It looks to be very hit-and-miss whether they get merged or not.

We used to have only 2 moderators. We have 5 or 6 now so that might explain why there are more merged threads now. More man (women) power

Ah, yeah. I was wondering if that might be the case. But if the older mods left any clear guidelines about this, they didn’t leave 'em where we ordinary members can read 'e,m. And i wouldn’t assume that new guys have had time to thrash out some new guidlines beteween you (always open to being pleasntly surprised though).
So i’ve been reading all comments from the guys with orange badges as "just my personal opinion on this " . Apologies if it’s actually more than a just a personal opinion, but like I said…well, it just isn’t clear either way. And so far as I could guess , the whole thing is still open to debate

the whole thing is still open to debate

It’s actually really not, and really never was, but you’re not soon to let it die; so I concede to you. No more feedings from me.

Mods, please impose a clear, concise, black-and-white rule this very moment so we all know how to post a coupon without ambiguity. It’s obviously the weakest part of the forum.

We have grown from a tiny forum to quite a large one and mods are trying to deal with that as good as they can.
Personally I’m not bothered. If I post something somewhere and a mod merges my post I’m not having sleepless nights because of it.
I’m sure that with enough time things will sort themselves out.

We have grown from a tiny forum to quite a large one and mods are trying to deal with that as good as they can.

yeah, can appreciate that. Maybe wrong time to badger you for more stickies. Sorry bout that. I can wait.
Don’t worry, I’m not gonna have a hissy-fit, nor a sleepless night every time my posts get merged. Was just trying to grasp if there actually are any commonly-agreed groundrules for that forum as such? And to give my own opinion, ofc (since at no time have I ever got the impression that ordinary members’ opinions no longer count., never mind what Phil Fish says about that!)