I just got 100’ of Titanium wire in various gauges. 22, 24, and 26 gauge. I am wanting to build some coils but I want to make sure I know what I am doing first. I know there are people here who have built coils for all of my tanks so I was hoping you fine folks could get me started the right way. Here are my tanks…

If you guys could give me wire size and coil specifics. The only temp control device I have is an IPV D2. I plan to buy another temp control mod so any recommendations for this too would be great.

I am anxious to start building. But I don’t want to screw up this awesome wire.
Thanks guys!

I’ll be playing with 26g TI and Stainless 316L on the crown and subtank mini RBA decks, but I’m about where you are, so when I figure out what works for me, I’ll be sure to share. From what I’ve read (both on these forums and elsewhere) you’re going to want spaced wraps and you’re going to want everything connected tightly. No wiggly bits anywhere that would cause resistance to jump, since TC is all about a chip monitoring how the resistance changes with heat.

This is exactly what you need. 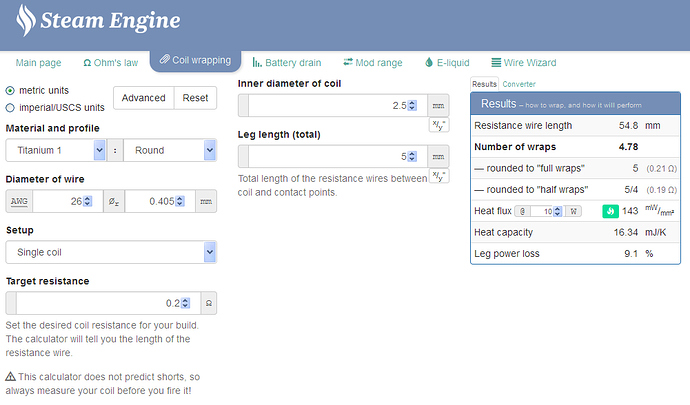 Single Coil Ti Grade 1 for the crown or subtank with .2 ohm resistance. To give you a idea where to start. @SirRisc has provided you with the link, thanks. @zigz you are correct, spaced coils and connections must be good. Bad connection will indeed show the resistance jumping around. Careful not to cut the wire by tightening to tight. This can easily happen with 26 gauge or thinner. Good luck guys…

With Ni200 spaced coils are the only way to have accurate measurements, but you can do contact coils with Ti01 just fine.

@LordVapor Here is a good thread for preparation of Titanium Wire. After discovering the crud on this wire once I read @Pro_Vapes post, I started cleaning all wire. Every bit of it seems to have one degree or another of impurity, and I think it’s a best practice to clean all wire prior to building.

Not just best practice; it’s a must!

Agreed. I never cleaned Kanthal before but now that I found out what comes off of Ti I will clean it all.

@Pro_Vapes says to use dish soap, I’ve seen others using rubbing alcohol. Would PGA work too? Seems that would be nice for not leaving any yucky residue?

Also, until I get comfy I’m gonna use unflavored juice just to reduce the cost of the learning curve.

With Ni200 spaced coils are the only way to have accurate measurements, but you can do contact coils with Ti01 just fine.

Yeah, heard others say that but found I had a easier time with spaced coils and TC mode. I think most here on ELR use spaced coils with TC. I watched a friend do a Ti contact coil and without firing it up on a Mech Mod he would never had gotten it to heat up correctly. We’re far from expert coil builders but I do feel it is easiest using a spaced coil for TC application. I know I personally have had better luck spacing the coils…

Please keep in mind the rubbing alcohol has had ingredients added to the mix to make people sick should they drink it. I would venture to say it makes little difference vaping it. Use wood grain alcohol, vodka, rum, or something similair to clean your wire if you want to use a alcohol based cleaner…

Agreed 100% about rubbing alcohol (isopropyl alcohol) being bad to ingest, but wood grain alcohol (methanol) is also toxic in large amounts. Which is why I’m trying PGA (ethanol). Which I suspect is what you meant to say?

This is the same thing as Everclear in the liquor stores. Actually they are calling it grain alcohol, my bad. 190 proof…

Grain (as in wheat grain, though most is made from corn or potatoes) alcohol is not wood alcohol. It’s easy to confuse, but fortunately one is sold in grocery/liquor stores and the other in hardware stores, so that makes it tougher to get the wrong one!

Probably not even a big deal since we’re talking about such tiny amounts, but you definitely don’t wanna make a cocktail with wood alcohol!

I never cleaned my wire before, either. Now I guess I will every time. Seems like a PITA, but I’d rather the extra step than death by metal impurity inhalation. LoL.

Rumor has it different heats are going to work differently for different types of juice (were there enough differents in this sentence?). So my STM has PB Banana Cookie and the Crown has Peaches and Cream. Would they be different swapped? I have no idea. Probably…I’m guessing.

Ok guys. Thanks for all the useful links and such. So I built dual vertical coils for my brand new Aromamizer. I used a 2mm rod and got like 5-1/2 wraps clocking in at .15 ohms using 24 awg wire. On the Steam Engine I set it for a final ohm of .06. It said 5 wraps around a 2mm rod and I left the leg length at 5mm. So why did I end up with .15? Also, I am supposed to press the “+” and “=” buttons simultaneously to set the initial ohms correct? I did this before firing the coils for the first time and it read .190 ohm. All screws are tight.

Anyway, I have vaped on it for 15 minutes or so and I have yet to get remotely close to the flavor of my single twisted fused clapton build in my Crown which is Kanthal. I also have a dual clapton Kanthal coil in my Goliath that gives me better flavor as well. What am I doing wrong?

I forgot to mention I am at 400°F and I have this IPV D2 cranked at 50 joules. Where do I go from here? This is my first time using temp control.

Also, I am supposed to press the “+” and “-” buttons simultaneously to set the initial ohms correct? I did this before firing the coils for the first time and it read .190 ohm. All screws are tight.

I forgot to mention I am at 400°F and I have this IPV D2 cranked at 50 joules. Where do I go from here? This is my first time using temp control.

Do you know how to adjust temperature in your menu? If so, crank it up to around 480 degrees to start with and 40 joules. Too hot, turn temp down, not hot enough, crank it up. It’s now a matter of preference and only you can tell what you like. Start playing with the temp and joules and find your sweet spot…