Help identifying some of these "brands"

I’m encountering quite a few “brand name” abbreviations during merges, which may just be vendors, but not sure and I’m at a loss for what to do with them. I could use some help identifying the actual company name spelling and URL address if known.

This is a flavor company for sure

This is like Bull City Flave but in Australia

This was a small commercial eliquid company…

A vaping company that sells retail…

here is something about McAdams

Hi guys. Iv not been vaping for very long, but have been drawn to mixing my own juice due to cost. I’ve just bought a small mix kit, 1ltr pg/vg and 5 30ml flavour concentrates, which are branded McAdams has anyone here used these before and how do you rate them for quality and taste. Thanks for reading, i look forward to your replies.

@TorturedZen I can vouch for Solub Arome …

We do have a company called Flavourworld here in Australia but I’m unsure we’re the suffix ‘sa’ has come from. One would assume South Australia but I’m sure they’re based out of Sydney NSW.
They’re a company that specialises in concentrates including some that I’ve never seen anywhere else and packs where you can buy all required for a particular recipe. 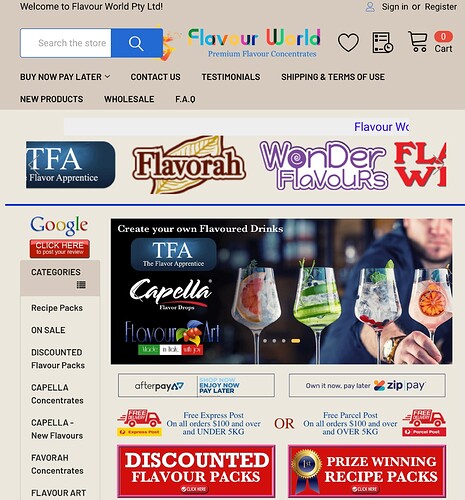 Adore e-liquid went out of business back in 2019.
Daniel with DJLSB reviews had big stock in it or was funding it and found out the lady that was mixing was doing it in a very nasty and dirty place. So he shut it down

Who cares, does anyone have the recipe for Banana Bondage?

Quite a few people did actually …

As I suspected. And thanx for those links. There are more relabeled/vendor ‘brands’ showing up in the DB than legit mfrs. While it’s been occurring for a bit of time now it for sure ain’t gonna slow down none. So, now the question becomes how does ELR want to address this?

I’m unsure we’re the suffix ‘sa’ has come from.

I do believe there is one in South Africa as well

Yep that was it

(personal opinion: i don’t think these flavors in db are a huge problem if spelled correctly, despite there are ten thousands of them; they are not confusing to anyone including to newbies; even contrary, i’d wish more people would review them, so other mixers can get at least some info about these flavors)

Adore e-liquid went out of business back in 2019.
Daniel with DJLSB reviews had big stock in it or was funding it and found out the lady that was mixing was doing it in a very nasty and dirty place. So he shut it down

r/electronic_cigarette - [NSFW] Example of why we need some regulation (Adore...

Big Juice UK is a British based flavour producer with their own line of concentrates.

Yes this is as i remember it and what happened.

And if you read that Reddit thread a little deeper you’ll see some ‘point/counter point’ discussion on the old cap-on versus cap-off theories.

Each one we dont know will have to be contacted to make sure.

Is a one shot from Chefs.