HUGE thanks out to @Letitia for getting her hands on this one, as it’s a BIG DEAL. Whether or not you are a fan of the Biden Administration or not, the fact remains that a Bill has been introduced under the “Build Back Better” plan, and it’s effect (cost) on Nicotine could be DISASTROUS !!! 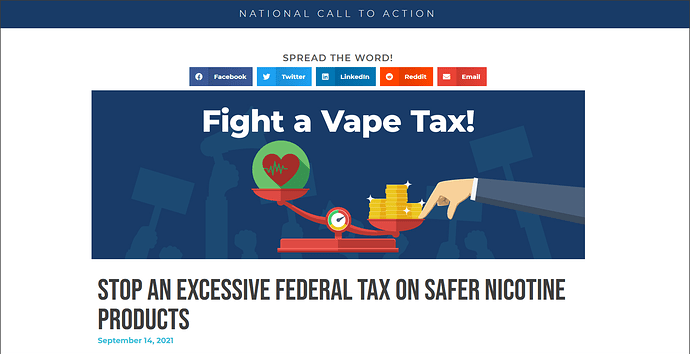 A tax proposal that would treat all tobacco and nicotine products like cigarettes may be included in funding for Pres. Biden's "Build Back Better" plan. Contact your officials and urge them to reject this dangerous tax!

The House Ways & Means Committee has revealed that it is considering a tax proposal on nicotine and tobacco as part of the funding bill for President Biden’s “Build Back Better” plan. The provision is designed to equalize taxation across all tobacco and nicotine products.

Now maybe you’re unclear as to what this could ACTUALLY mean, and this chart, will SHOW YOU !!! 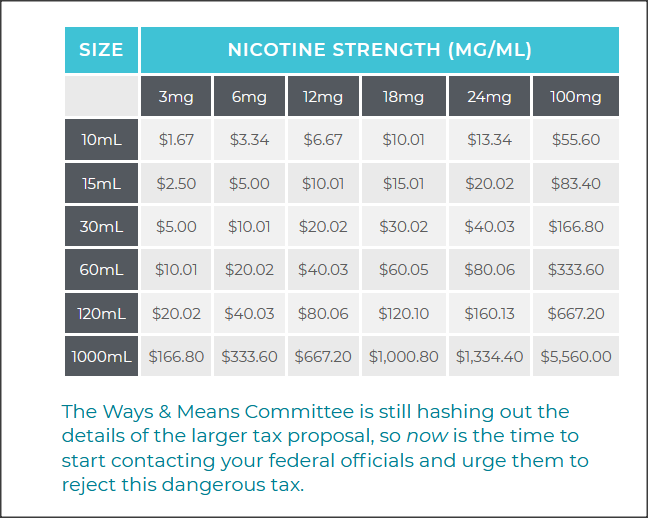 I don’t know about YOU guys/gals, but this could cripple and already struggling industry. If you agree, and want to get involved, take a few seconds, and get on board … 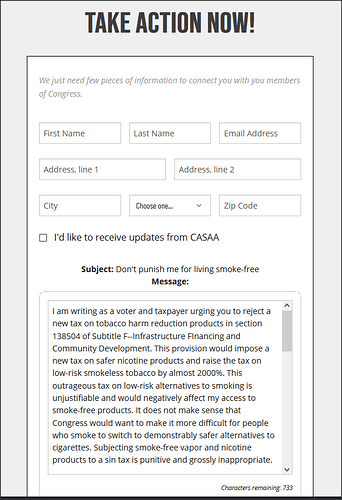 With taxation rates like that, I think you can assume what it will do to our Vaping Industry. It only takes a few seconds to fill out the form, and I can think of no better cause to get involved in.

After looking deeply into this, I don’t see how this will Build ANYTHING Back Better.

A tax proposal that would treat all tobacco and nicotine products like cigarettes may be included in funding for Pres. Biden's "Build Back Better" plan. Contact your officials and urge them to reject this dangerous tax!

Signed and sent to the 3 useless puppets in NYC

Sent. Eagerly awaiting my BS response letter from those that are supposed to represent me.

Thank you guys, and @Letitia.

@Joel finally we agree on something…

Better to go down fighting, than die on your knees.

Signed and already got a response, they will review it…holding out a slim chance it will be positive but gotta hope…wow do I hate politicians

Signed and sent. Got response within minutes 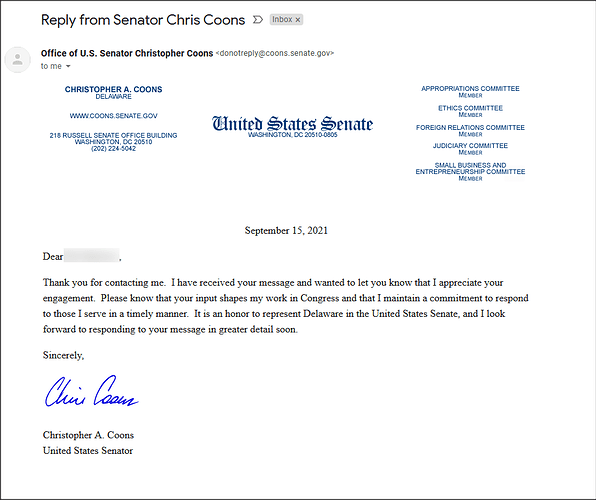 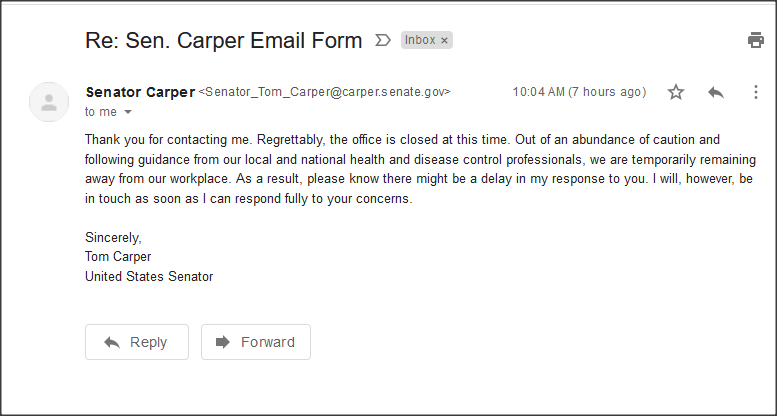 Edited it to personalize it, signed and sent. Thanks to @SessionDrummer and @Letitia for the heads up on this.
I may need to check my spam email because I didn’t see this from CASAA and have always gotten emails from them for advocacy and information.

Signed, waiting for a response.

The bottom one, the one from Senator Craper, is the typical response the Texas politicians give which when translated means ‘Fuck off, I’m voting for the money but I’m also going to have the experts recommend whatever I want and blame them on it to calm down the pissed off voters’.

When will this craziness end ?
I think i should probably hurry and buy some more nicotine…

ow do I hate politicians

Amen Robin, why take sides when none of them are on ours? It is not sports, I don’t need to root for one side, I will root for the side of the people instead

I’m just kidding. I’m sure they would get you on federal tax evasion, confiscate everything you own and appear to own, and put you in the pen. Nowadays they’d catch you sooner and easier than they did Al Capone.

Since we’ll undoubtedly be screwed by this “Build Back Better” plan, where’s the best place to buy Nic (after Carolina Xtracts, which is out of my price range even before this crazy tax)? I see Perfect Vape has a Nic Select, but it doesn’t have a description of how it varies from their regular Nic, and I can’t find anyplace that carries CNT. (Is CNT necessary vs. a Nic that is clear/odorless/tasteless, or isn’t that available these days? I remember seeing ppl complaining about their Nic having funky smells/tastes, and that seemed to be occurring more and more as ppl were buying up supplies.)