Help with bottle/brand labeling from Bull city and ELR recipies

Big shout out to the entire ELR crew and members as this is one hell of a nice site for mixers starting out (me) and pro’s and everyone in between. Had been lurking for quite some time, finally signed up and donated as I could see the real value in both the community and the recipies.

Have been quietly amassing quite a large stockpile (160+) of flavors and starting to mix/steep/try some of the mixes here, to get a better understanding of how some flavors and percentages blend, and why. Have been adding flavors as I acquire them (weekly) to my flavor stash and have run into a few snags. I buy only from Bull City for my flavorings, and have Cap, TFA/TPA, Inawera, Flavor West, LorAnn, and FlavourArt in my stash. I get the whole TFA=TPA thing, but I received many rebottled from Bull City with “FA” which I initially thought were FlavourArt, but later realized were actually TPA/TFA. I have that sorted, but sometimes have issues when I add flavors to my stash making sure exactly which one (from the drop down choice list) that I have.

I want to make sure if I’m using a recipie listed here, where people have spent a great deal of time creating, that I use the correct brand(s). Realizing that Bull City clearly shipped re-bottled TPA/TFA as FA, are most of the listed flavors on this site as “FA” meaning FlavourArts ??

Thanks very much, and hope to have something other than Poo Sauce created, so I can share with you all.

A fellow lurker! Hello! This disconcerted me at first too. I keep my Bull City receipts with my flavor note book so I can make sure what I’ve ordered and make sure this is what’s listed in my stash. When typing in the flavor I pause part way through the words to see what suggestions pop up and choose the one from the proper manufacturer that has the most recipes listed. (TPA/TFA etc) Not sure if that’s the kind of help you were hoping for. You’re way ahead of me on flavors, lol.

Thanks Hobbit, I’ll try and keep a closer eye when adding, and better check the list when entering.

are most of the listed flavors on this site as “FA” meaning FlavourArts ??

On this site FA is FlavourArt. I have seen this on several other websites too, where they list TFA/TPA as FA. Really ticks me off cause it is very confusing and they must know that.

That annoys me too. I got confused when I first started mixing and wrote down FA when I should have written tpa. I think that might be part of the reason that ecx relabels their tfa/tpa as “signature” to avoid confusion (although that causes confusion of it’s own…). All I can say it’s check and double check your flavors when you’re entering them into your stash, and maybe relabel your bottles so it’s more clear to your when you go to grab them.

Relabel! Yeah I forgot to mention I’ve been meaning to do that but I’m still looking for my blue Sharpie so I can write a T in front of the Fa on those bottles.

Don’t ask me why I need my blue one, it’s missing and I want it? It’ll just look better…sitting in it’s dark box? I’m OCD like that? All of the above, lol.

I used to separate and store my flavors alphabetically… now I do it alphabetically by brand for that very reason. I’ve screwed up a few recipes by grabbing a TPA instead of a Flavour Art. Sometimes it worked out for the better… sometimes not.

I do it alphabetically by brand

The ‘FA’ on the side of the TFA bottles from BCV confused me the first time I saw them too. Just had to look a little closer. The label does state it’s 'The Flavor Apprentice (TFA). 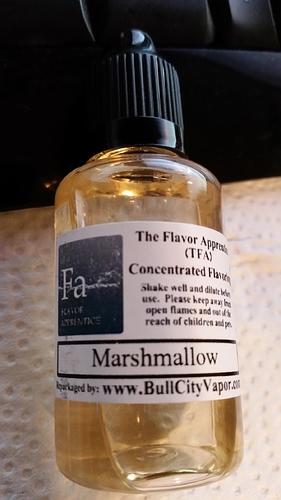 Oh… .big diff in labeling for the FlavorArt from BCV too: 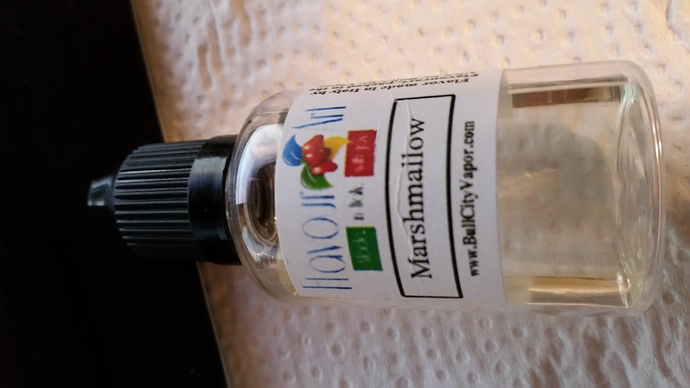 The label does state it’s 'The Flavor Apprentice (TFA).

To keep it clearer on the web site The flavor apprentice should be abbreviated “TPA”, and Flavor Art should be changed to “FART”

Hehe, thanks a lot @D.Sims.