What is your favourite movie? Answer - Suicide Squad (not for all but cmon it was OK) What I want to tell ya’… I got an idea BUT I can’t decide what to do with this Idea, so much thought but how we use to say “sounds good, doesn’t work”. I want to create some kind of “suicide juice”… Sounds crazy but I want to create “crazy taste”. I got in my mind something like - apple flavour with some fresh taste but it sounds basic, but I want CRAZY taste. So… I need your help, my friends… Maybe you got some ideas?

Sorry, but anyone that liked Suicide Squad I can not take seriously.

First thing that comes to mind is “suicide drink” that we used to make at fast food restaurants where we’d just put every soft drink into the cup. Lol
If you’re wanting the main profile to be apple, I’d start with fa fuji. Hard to go wrong with fuji in a fresh fruit mix. Maybe throw some tropical fruits in there? Maybe apple/mango/pineapple? Peach mango strawberry and apple would probably make a good combo. If you want bright fruity and crisp you could do all fruits and add a little inw cactus to juice it up, or you could do a creamy version too. We’re just brainstorming here, right?

I could keep going…

But I was thinking about some kind of sour taste…

You could add some citrus and/or sour.

Jared Leto is a good singer, but he is a bad joker…

Hmm, the name reminds me of an old trick we would pull on each other as kids.
We would crush up a green persimmon, if you have never bitten into one, DON’T. Take the green persimmon paste (gotta almost use a hammer to get it mashed enough) and mix it with some applesauce.
It’s definitely a crazy taste. Enough to draw your lips closed!

I want to try every one of those mixes with some TPA Champagne! Or whatever bubbly drink concentrate suits best!

Yeessss, I’ve got a shit ton of FA Wine Champagne recipes in the line up right now!!

crush up a green persimmon

I used to do this to my staff, as a prank, all the time! Usually those who had no idea what it was. So I would give them a huge chunk of it and watch, as their face and lips would draw in on themselves, like one giant sphincter, from all the moisture being sucked out of their head 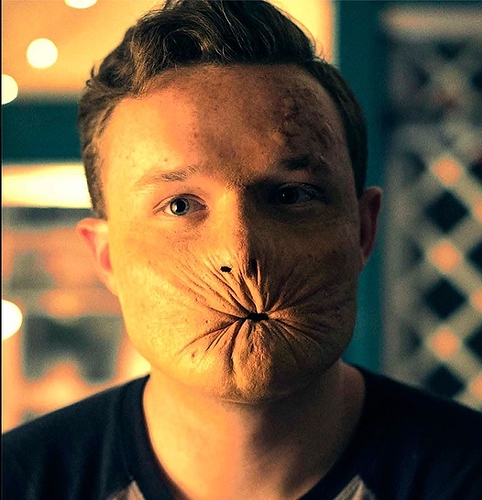 soo. . .I’d say a suicide squad juice should be some kind of bubblegum, plus cotton candy and some kind of cola. Not a bad idea actually. I’ll have to order the ingredients myself in my next flavour packet

This is off the top of my head (braintasting) and not a recipe anywhere …and I don’t have Cola so I can’t test mix …it could happen …hoping the “Sangria” would add multiple fruit background.

Based on @Chewy’s Cabernet Sauvignon

@BoDarc
Really pleased that my recipe inspired you!
It is a nice vape and after a good steep tastes very similar to a nice Red.

It is a nice vape and after a good steep tastes very similar to a nice Red.

Agreed. Turning things we eay and drink into e-juice is no simple task, and you delivered on that one …nice work and share! Red WIne+Cola is actually a thing …now I’m adding Cola to my shopping list

when i venture into crazy tastes on fruit/cream mixes, then i go nuts