How crazy is this

Some (excuse me) idiot is going to jump out of a plane with no parachute on Saturday and land in a net 200 food above the ground. My personal opinion I don’t understand people willingly jumping out of a plane with a parachute. If the plane isn’t going down in flames. Sit your ass down and wait for it to land. And this guy’s gonna do it without a parachute. He needs a special kind of Dr. and a rubber room

I don’t get it either…I mean why in the world would someone do that? Death wish maybe!?! Where is this supposed to take place at? Is it going to be televised? I may not be stupid enough to attempt a stunt like that or understand why someone would want to do it in the first place, but I would damn sure like to watch some other idiot do it!!!

Lmao, yea we all like to see other people being idotic from the safety of our homes

i wouldnt do that at all, be fun to watch though if he makes it in the net, wouldnt if he misses though.

I’d like to watch the clip where he misses and laugh my ass off at the idiot.

The guy is aiming for a Darwin Award

Nah… he’d never be able to hit the award.

He’ll be lucky enough just to hit the net!

Where else Southern California somewhere. I have visions of this guys remains looking like they went through one of those slice and dice things.

I’ve been hearing about it on Good Morning America this morning, but TBH not sure if it’s an ad or part of the show been reading and posting here more than listening.

He’ll be lucky enough just to hit the net!

If he doesn’t he will get the Award!

That’s the only way to get one

and the last thing out of his mouth when he does will be his asshole. lmao 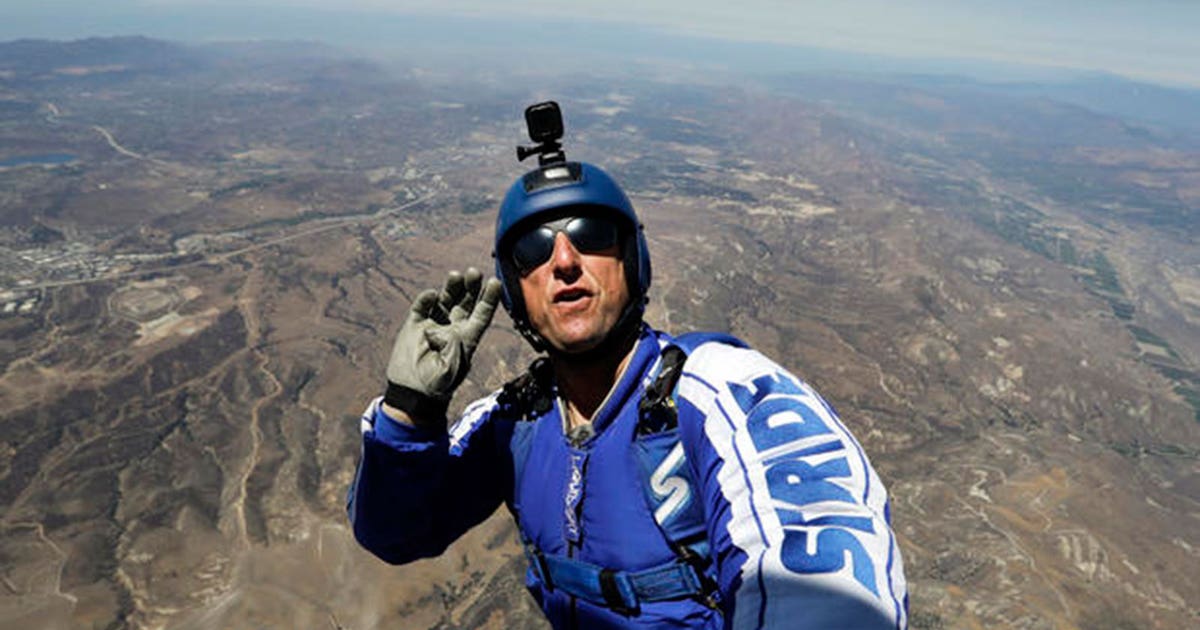 Skydiver will jump with no parachute in stunt live on FOX

SIMI VALLEY, Calif. — He's made 18,000 parachute jumps, helped train some of the world's most elite skydivers, done some of the stunts for “Ironman 3.” But the plunge Luke Aikins knows he'll be remembered for is the one he's making without a...

That would be nasty if he misses, he would be more of an adiot than he is already lol. I dont think i could watch that, but it would defo be his own fault

There’s one or two living winners

OMG what an absolute idiot, all in the name of entertainment! what does that say about the population of this planet and the losers that would watch such a thing just in the hope he might actually miss!!!
grabs popcorn
What channel is this on?..

There’s one or two living winners

“Sponsored by Bounty® The quicker picker upper, and Baggie® Keep your Leftovers Fresh!” …which he will be squeegeed into

“If I wasn’t nervous, I would be stupid,” the compact, muscular athlete says with a grin as he sits under a canopy near Saturday’s drop zone.------ Luke Aikins

From what I heard, they have tested it with a few dummys and one of them went through the net.

they have tested it with a few dummys

With any luck it won’t be TWO dummies