I have a question about your mods

I have a question about your mods, a poll if you will…

How many mods do you folks own, and which are they?

I’m particularly interested in your ratings of them and how long you’ve owned them.

Personally I have 6, an old Eleaf Istick 40W (still a good mod), an Smok Alien (not bad but kinda clunky), a Voopoo (just too big really, I feel like everytime I smoke it I’m doing weights in a gym), an old redundant Funchai (?) and 2 Eleaf Picos which I love for the portability.

I particularly like the Picos, good battery life, easy to carry 2 in the side pockets of my bag for a quick flavor switch, user friendly…

Does anyone have a mod which they’ve had for some time which they really like and feel it was one of those value-for-money-worth-every-cent types?

I have ten mods. In the mech department I have 2 Noisy Crickets, Incubus by El Diablo, SMPL, Tesla 26650 Parallel Box and a Hammer of God V3.

For regulated I have a Sigelei 100, Hohmwrecker, Lost Vape Triad DNA 250, and White Rose NLPWM.

I use the White Rose and Triad the most, followed by the HOG V3.

Those 3 were definitely, to me, worth every penny due to their performance.

I don’t use the Incubus a whole lot because the thing is a beautiful piece and a pain to take apart to clean.

Dang! Those are some sexy mods you’re smoking…

I particularly like the looks of that Incubus, looks nice and comfy…

I have 10 of the VTC minis. It’s my daily mod. I love it. My first one is still going strong after almost 2 years of daily use. It is a workhorse.

Others are 4 Picos, 4 Heatvape invader Minis, and 4 Beacon mech mods.

Started with a Vaporesso Target Pro, 75W. Decent mod, but the single battery didn’t last me a day and when I got a TFV8, I needed an upgrade for the higher wattages. For the moment this one’s not used.

The Reuleaux RX2/3 came next. 200W (later 250W with a firmware upgrade). Got it at a sale from gearbest for $32 I believe. This was also about the time I bought my first RDA and that’s why I found out that the Reuleaux and SS coils don’t work well with TC

Now the RX is working withTC thanks to the ArcticFox firmware I put on it, but at the time I had to get another mod that does work for TC so I went with a Hcigar VT250, again on sale from gearbest at around $100. I love this mod to bits and it’s by far my favorite.

My daily rotation uses both RX and VT250. The RX still has some quirks every so often and the VT250 is losing some paint from its edges from just sitting on a desk 99.99% of the time.

The Target Pro will come out of retirement after I receive my Dead Rabbit this week. I’m mostly vaping between 60-75W anyways so it should be just enough on that 1 battery. Unlike most people it seems, I do prefer the size, weight and battery life of 3-battery mods.
I’ve actively used the Target Pro about 3 months, the RX about 9 months and the VT250 about 6 months. I plan on using them for quite a bit longer before I’m buying new mods.

My first mod was a copper pipe with fittings drilled out. 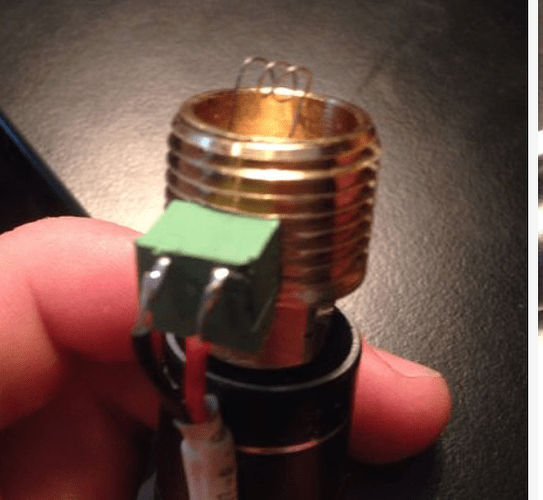 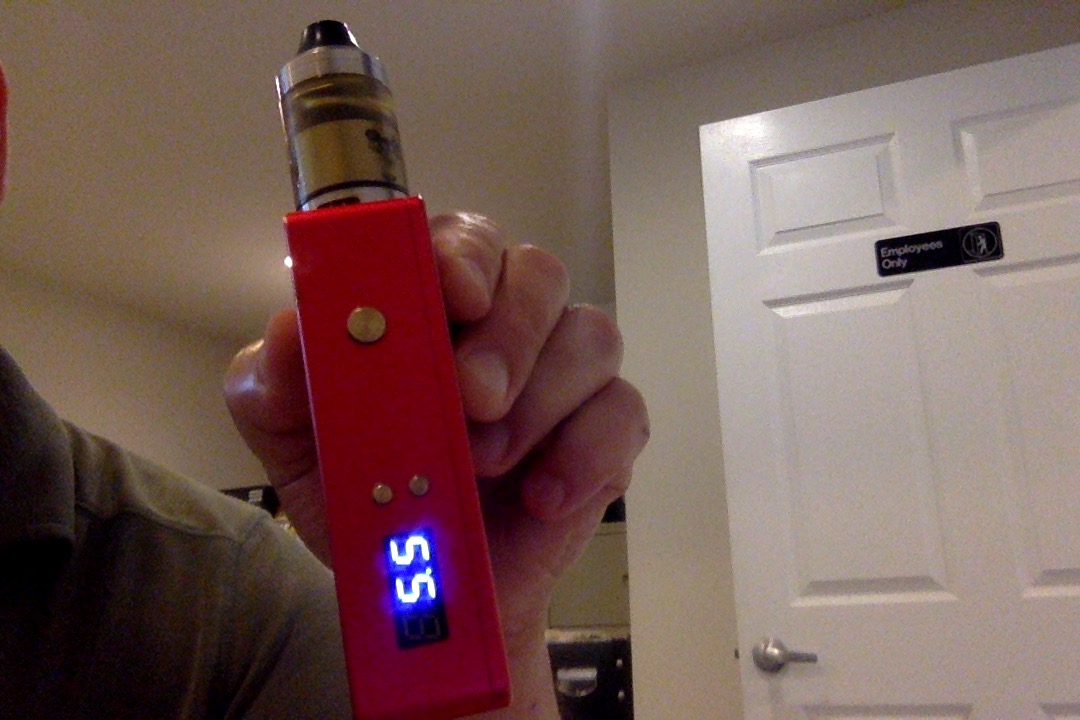 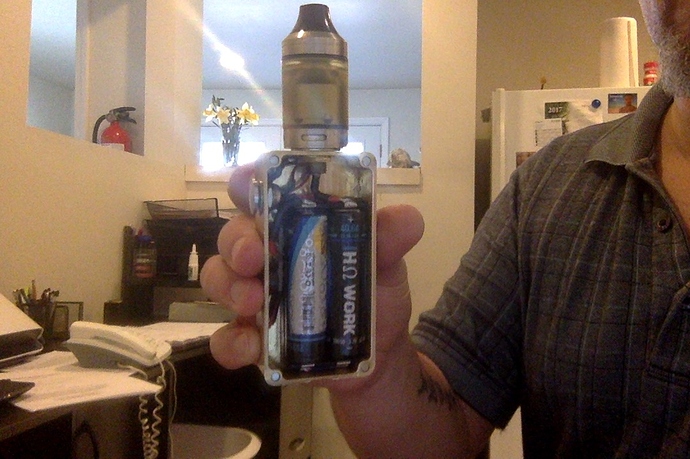 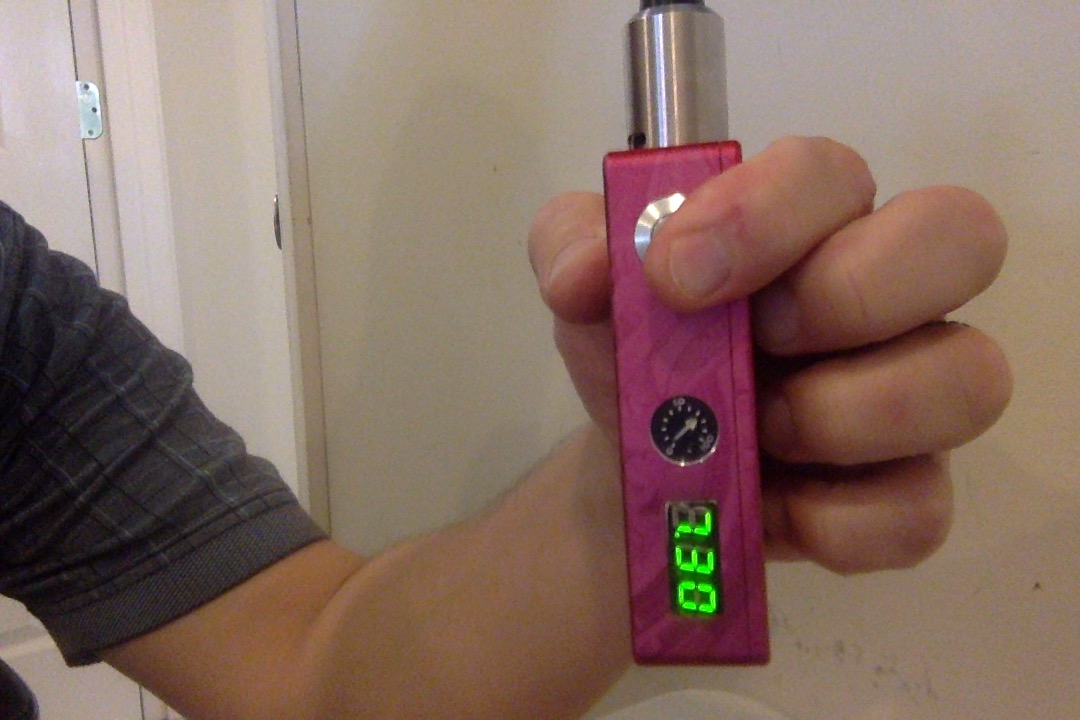 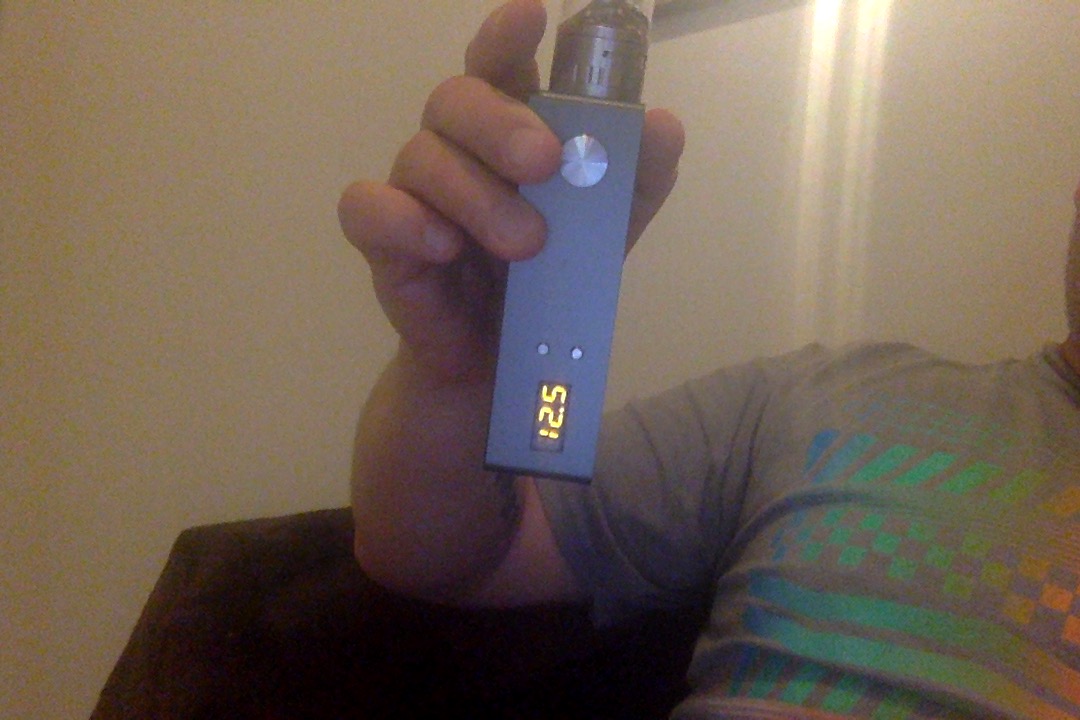 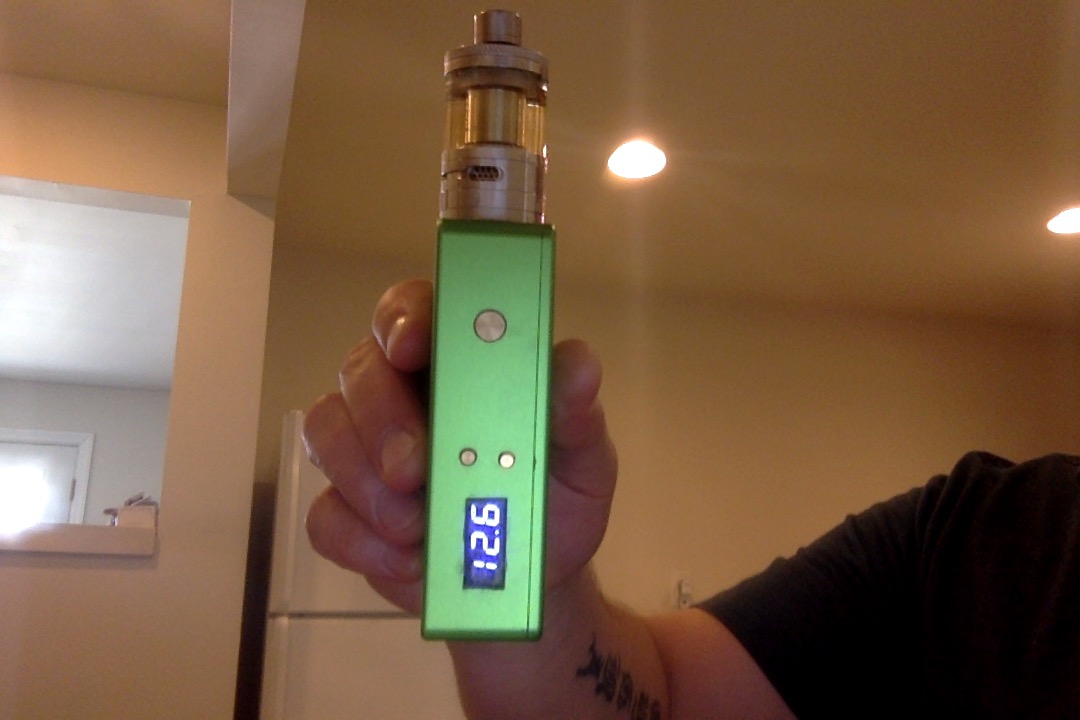 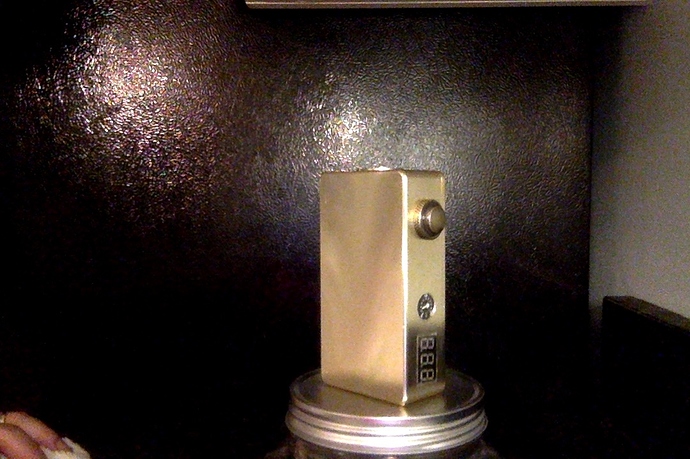 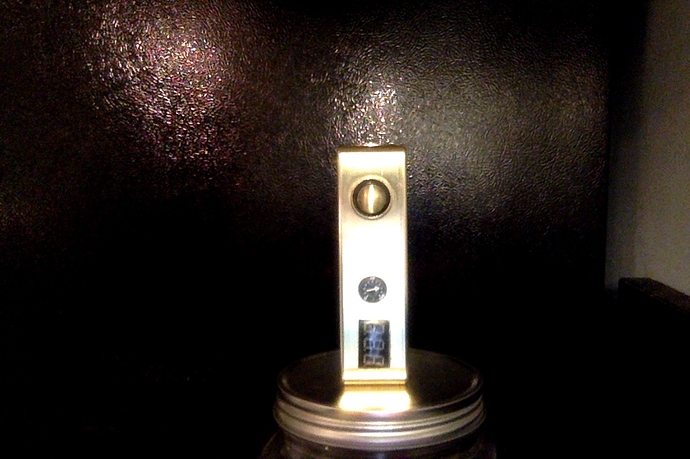 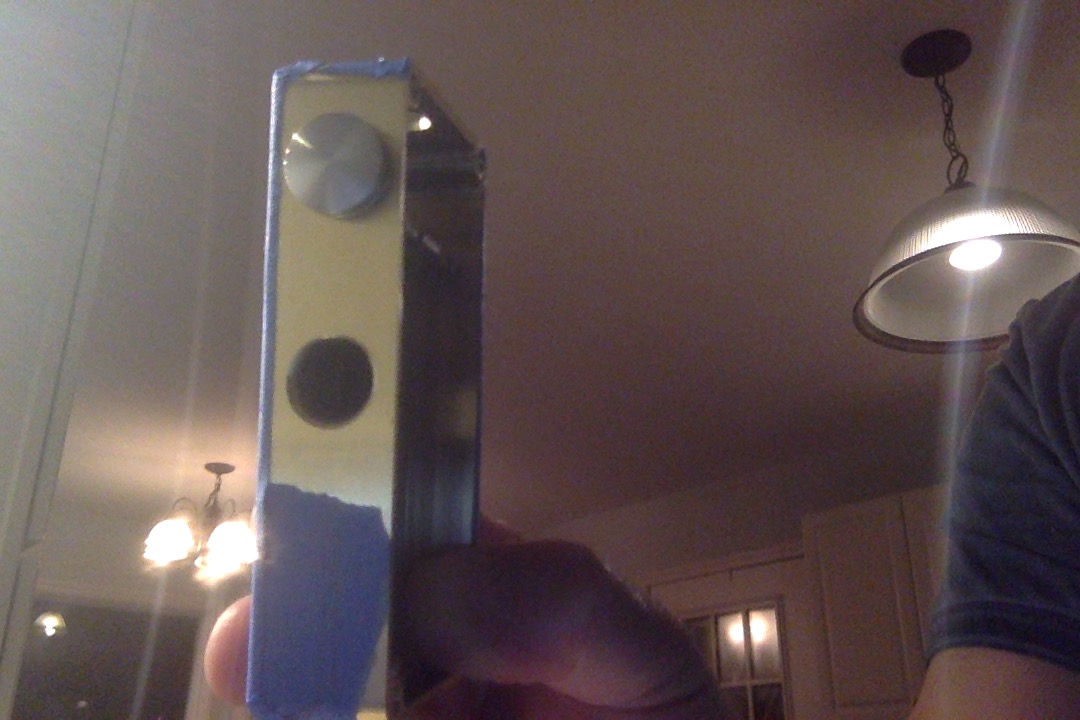 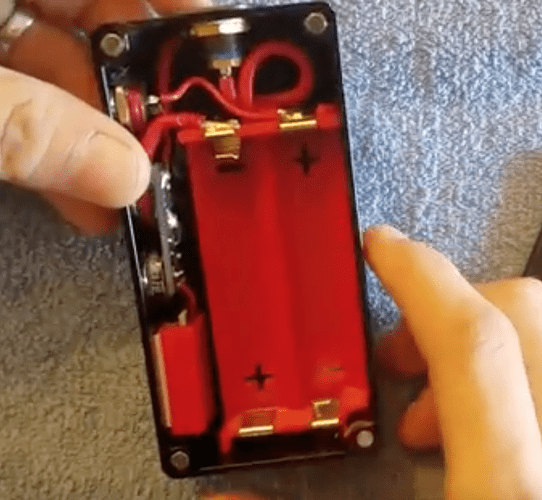 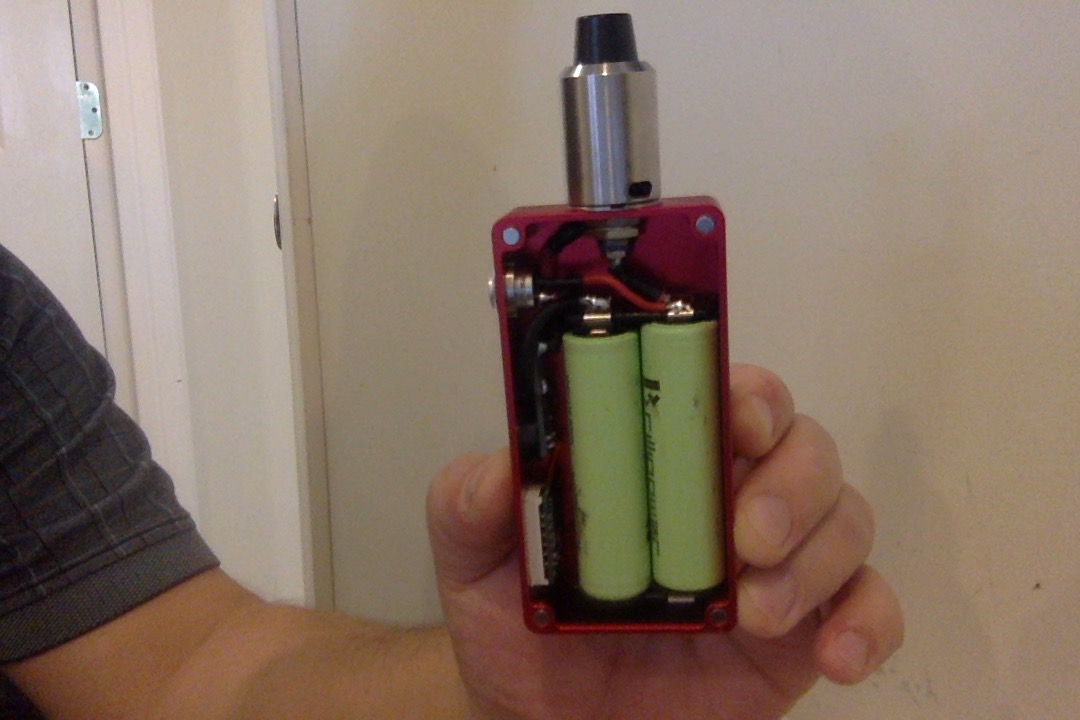 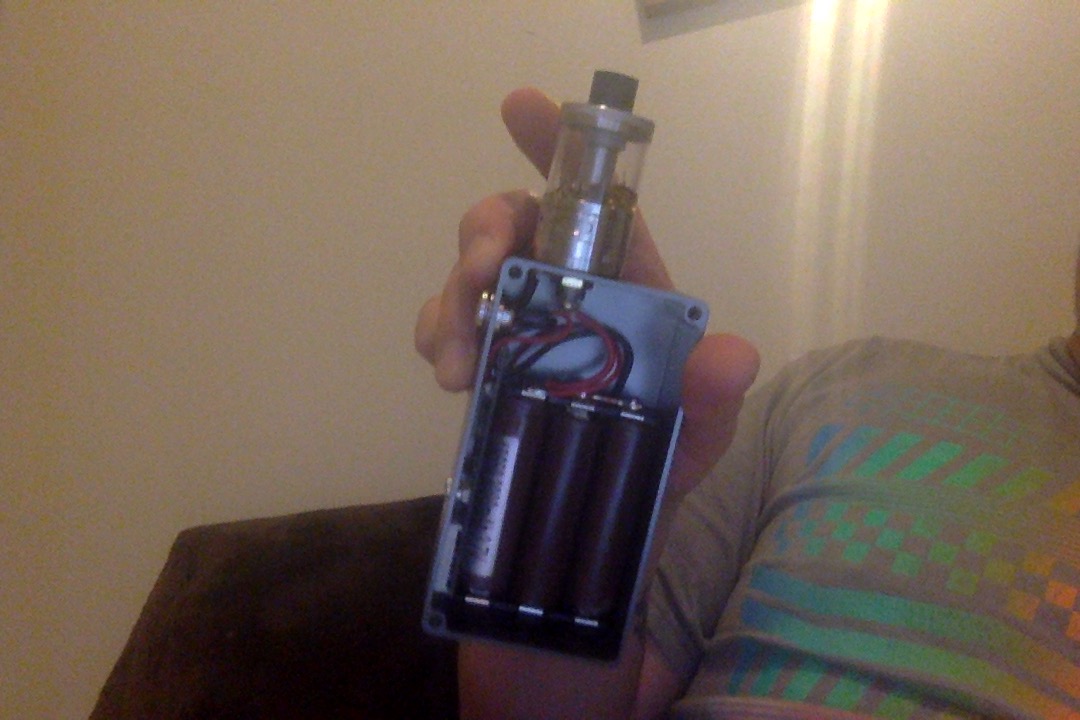 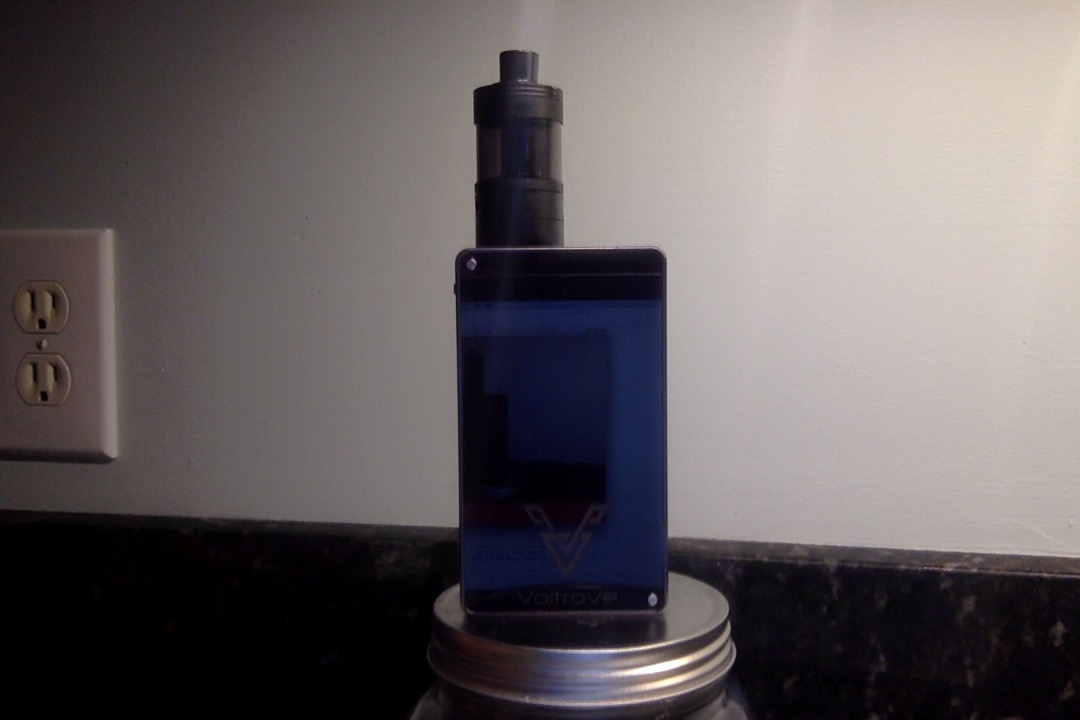 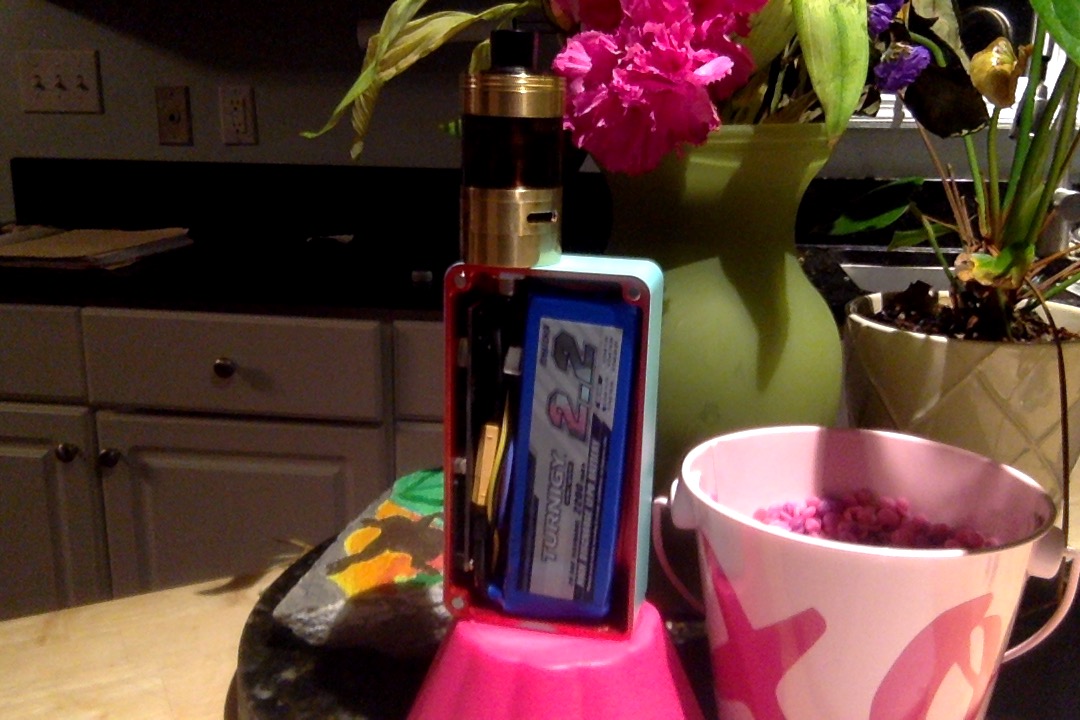 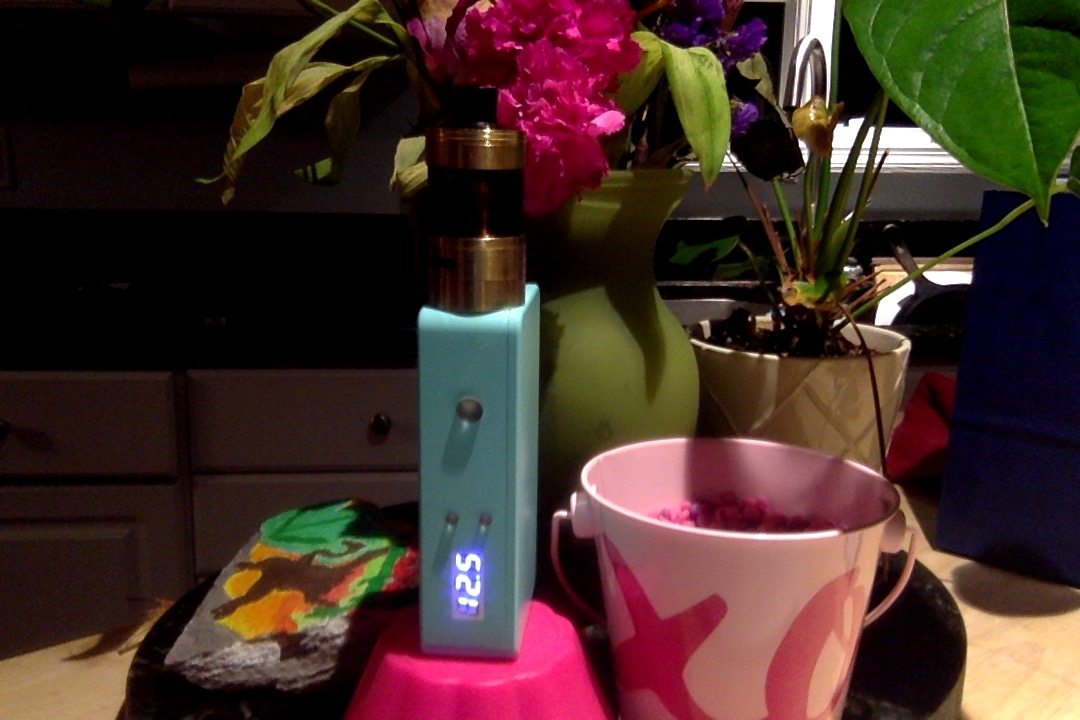 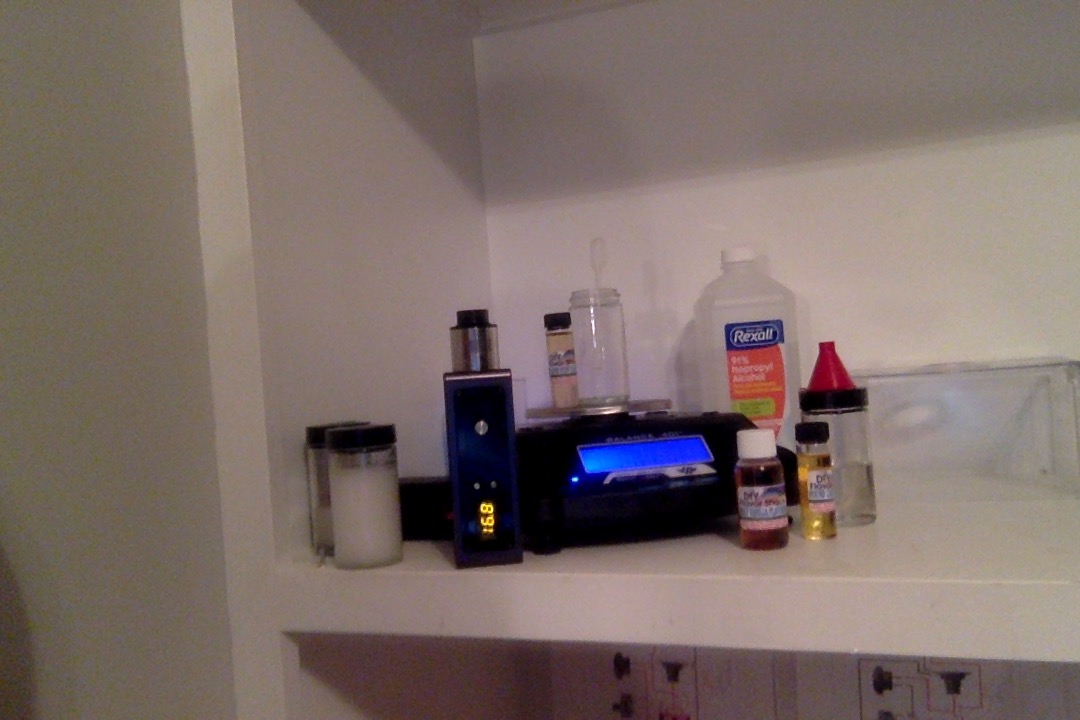 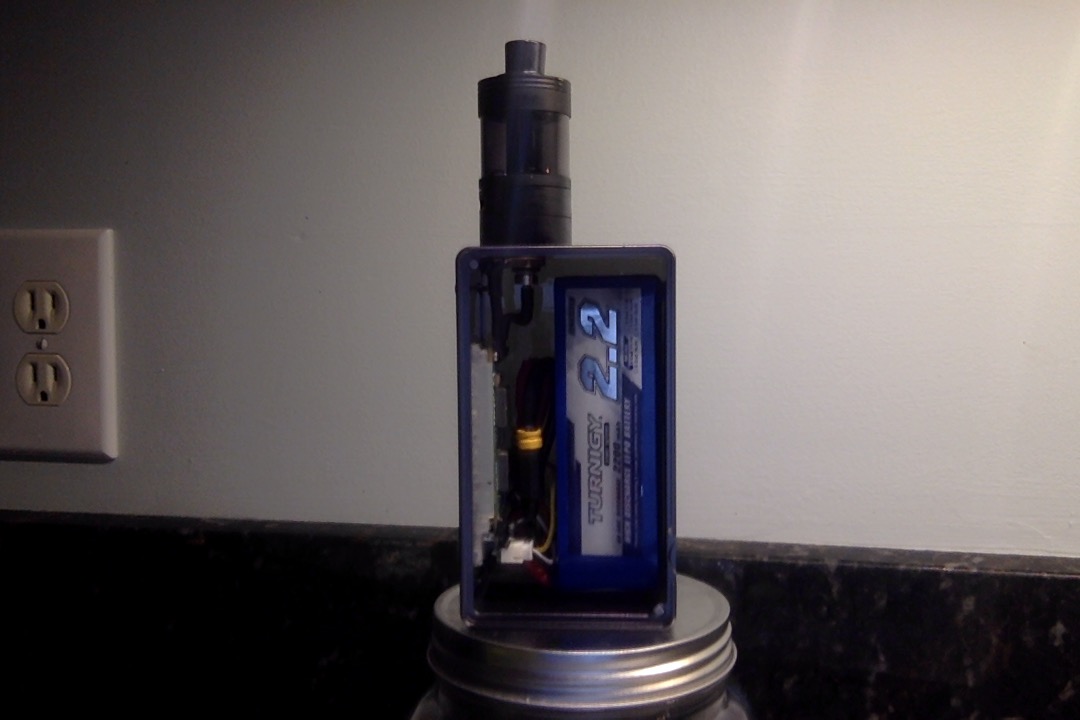 Some are Mosfet,PWM,NLPWM and DNA devices. Depending on the board DNAs are 75w to 250wt. For the PWM also depending on the board and battery/batteries used range from 10w to 800w. And no I never run at 800wt but the battery capacity of this device when I’m using it lasts a long time for how I use it.

Holy Guacomole! You must have a right arm like Arnold Schwarzenegger!

It is nice in the hand but damn it’s heavy! The clip is solid copper.

I had a peek at it on YouTube. Am I right in assuming it’s like totally mechanical? The guy stripped it and there were no electronics or chips?

How do you rate your Pico? I put a Melo3 tank on one of mine and it works a treat…

How the heck do they control wattage etc?

Wattage is determined by the coil build and the voltage of your battery, 4v. Ohms law is very important, especially on Mechs. 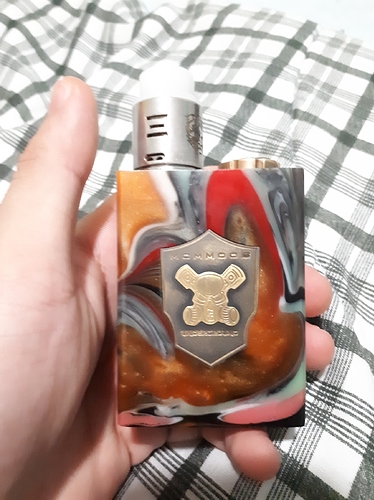 Those are my daily drivers.The Reu stays at home because trying to pocket that mod turns the most high-waisted pants into insta-gangsta droopy drawers. The CF4 TC100 I’ve had for over a year and it’s been a solid little performer. Decent TC, with 2 amp charging supported gets the battery from empty to full in under two hours. It’s my third Innokin device, and I’ve been quite pleased with it’s performance. The Lavabox M and VT75 I bought earlier this year, after some ridiculous flash sales brought their usual $80-100 price tag to under $50. So far, they have been quite decent and I’m hopeful that they’ll be around for quite some time.