I thought the brits are smarter 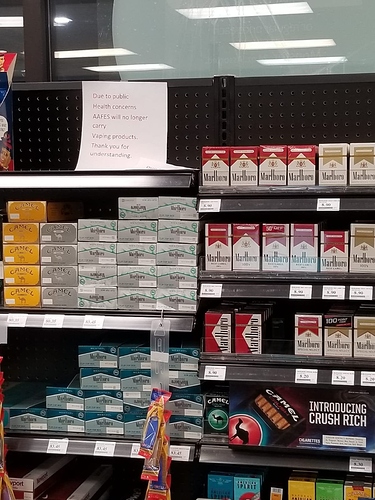 A friend just sent me this picture. No idea who AAFES are. But I’ll have to find out.

Edit
Turns out this is a pic from reddit and most likely taken in the US. Still annoying…

Lol, That’s a U.S. military store. The Brits are still hanging in there.

LOL well that explains it…

Dumb ass idiots! Get your soldiers back on cigs, great idea!

Uk tobacco in neutral packaging and away from view by law.

No idea who AAFES are

As they used to say:

“Smoke em if you got em”

Man, that pic, is PRICELESS.

Yes it’s out outrageous the cost of a pack of cigarettes. Instead of backing the individual States bans on flavors the Fed or some group should be SCREAMING illegal anti trust / monopoly practices by these states to gain state funds via taxation driven and colluded by their flavor bans and over turn all their proposed bans.

past tense: colluded ; past participle: colluded 1. cooperate in a secret or unlawful way in order to deceive or gain an advantage over others.

Antitrust laws also referred to as competition laws , are statutes developed by the U.S. government to protect consumers from predatory business practices. … Furthermore, consumers would be forced to pay higher prices and would have access to a limited supply of products and services.May 20, 2019

blahahahahahaha! Antitrust laws… Corporate America along with the Gooberment did away with those a long time ago. Who butters your bread Mr. Politician? That’s right! Let the merger pass.

That really gripes my butt in the worst way possible. Let’s see how long those soldier can last during 5 mile runs while smoking Marlboro’s … shame what the service is doing. I come from a LONG line of military and I want to kick their arses back into the stone ages for this.

12 GBP in the corner shops here in the UK.

I’m right there with you. My niece just went inactive as a colonel and the military is not what it used to be when I served from her depiction of things. All this mamby pamby, social justice, big brother, bullshit has permeated or armed forces as well. I would no longer be welcome. In my day officers who sacrificed their troops for politics went missing.

To be fair, some elite units had high smoking rates and still managed to run. I’ll still stay well away from a French legion étrangère guy, and not plan to outrun him, for example, no matter how many cigarettes he smokes while running behind you.
Probably much less the case now than 20 years ago.

That really gripes my butt in the worst way possible.

Hey, researching new and more efficient ways to kill the enemy costs money. Might as well start by over-charging our servicemen for a pack of squares.

Just to let you all know, here in the UK tobacco products are no longer allowed to be displayed, so they put them behind stupid doors in case the feeble-minded accidentally buy some. Vaping products are allowed to be out and proud 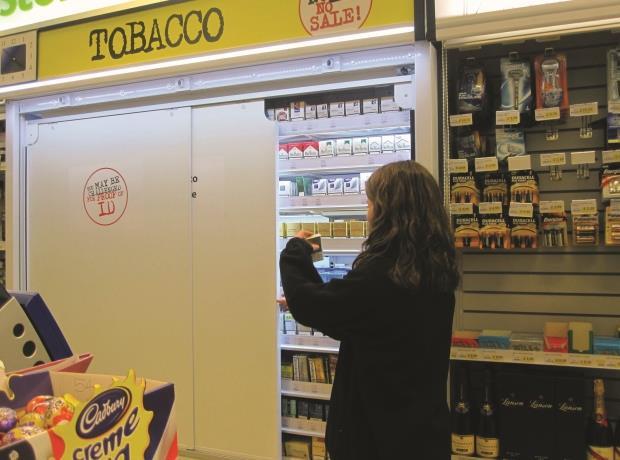 12 GBP in the corner shops here in the UK.

A mate of mine reckons a pack of Marlboro is currently about $35.00 here in Oz. That’s about the same as:

Thank god I don’t smoke anymore. I’d be broke if I did. As a matter of fact, one of the girls in the office was telling me this very morning of a “ram raid” that occurred locally where all they took was cigarettes. Don’t bother with alcohol or other goodies, just steal the smokes! That’s what it’s come to here in this lucky country of ours