So I want to make a Jack and Coke flavor since I got this TPA Kentucky Bourbon. I’m thinking if I add a little Wine Champagne it will give it a little carbonation feel (according to the description - never tried it). I need to get a cola for it. Can anyone recommend a cola that might go well with the bourbon?

Fa cola is a really good flavor for what your looking for. Also you are correct champagne does add the carbonated effect. Another one you might want to look at is FA whiskey it’s really strong at low percentages but it’s a great flavor and true to its name.

I recieved a free sample of FW cola just the other day… Being a flavor I’d never choose in a million yrs, I was wondering what the hell I was gunna do with it… Of course!.. I’ve got the TPA KB…Jack & Coke it is!.. Wont have bubbles tho - no champaz. I can tell u now, it sure smells like cola. Next few days I’ll mix it up n let you know how it tastes.

Thanks for the response. I’ll look into FA Cola. Just wish I would have thought of this yesterday before I made a $95 order at BCV.

Yes, please let me know! Jack and coke seems like it could be a winner. The Kentucky Bourbon smells good enough to make someone in the program relapse.

The Kentucky Bourbon smells good enough to make someone in the program relapse.

Dont it just! Its a winning flavor… vaping it right now in @Alisa’s Dark Bourbon Cream! OMG… this stuff is the dope!

That does look good. I’m gonna make some now. Don’t have DV or IC, so gonna try Bav Cream and Dark For Pipe.

Of course I’m gonna end up adding vape wizard like I do to all recipes with tobacco. I gotta get out of that habit though… it’s turning into a habit like salt and pepper.

Did you see the notes I left on the recipe?.. If not, I had to sub the IC for BC - used it a 3% …happy with it there - works very well. Its the first time I’ve used the DV- seems like a pretty neutral kind of bacco flavor but it does have some very mild fruity back-notes. No exp with DFP so cant really advise there, but if it has the distinctive flavor that a lot of pipes do, I’d suggest starting low so as not to over-power the KB - the dominant flavor.
Sounds like yum.

Yup I did see those notes. So I did use BC @ 3%. I saw your notes and thought “hey I know that guy” lol… DFP is the only tab I have right now, which is why I’m using it, but the profile seems kinda similar to DV in the notes here… so maybe it’ll be kinda close.

Yeah this is real tasty right out of the gate. Going from 1 to 4mg nic to give it a little extra tobacco authenticity is nice too. Gonna put this away for a few weeks and try to keep my hands off it.

Ahh… Good luck with that. lol!

Straight off the bat, this is pretty ordinary. V strange flavor… a ‘sort-of’ cola flavor coming thru… pretty dirty tasting. not really getting much KB.

Interesting. I’m really curious how it will turn out. For now I don’t have cola. What other type of flavor might go well with KB you think? Something sour, citrus-y, or minty maybe? We might need an alcoholic to chime in here.

Perhaps this list will help you have some inspiration!!! 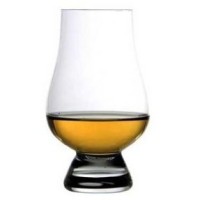 In honor of July 4th, a day when many folks will be eating a ton of food, I thought I should do a post of my favorite foods to drink bourbon with.  Of course, bourbon is a big, flavorful spirit tha…

Maybe some FA Oak Wood might help the KB a little? I’ve only used it once with a tobacco flavor, so I don’t have much experience with it.

i have recently mixed up a trial on Five Pawns Castle long which has 6% Kentucky Bourbon in along with other flavours, I dripped straight after mixed to froth then US for an hour, it was ok but really needs to steep for a few weeks IMO. ive been shaking daily and the smell is getting truly amazing daily with the KB getting more noticeable and how I haven’t tried again is beyond me. I will try again in a couple of weeks…

Perhaps this list will help you have some inspiration!!!

Maybe some FA Oak Wood might help the KB a little?

Ya know, I was thinking exactly that!..except I’ve got TPA Red Oak- similar I believe. Been meaning to mess with this for a while. Experiment #2!

Ive been using both these flavors in EWS’s Castle long clone… this one’s a corker! (…& unfortunately a gunker!)

Most welcome. I’m probably going to try some KB in my Bust-a-Nut !

oooo-yeah! good idea!
I made a variation of your Bust-a-nut but I kept it to myself coz I had to make some pretty radical deviations (due to a lack of proper ingredient) …which unfortunately didnt work so well.
I’ll toss some KB into the mix n see what happens!