What does UK law say about knives?

According to United Kingdom law, it is illegal for any U.K .resident to carry “without good reason” a knife with a folding blade larger than three inches. Using a knife in a “threatening way” is also illegal.

“Folding blades” do not include pocket knives and multi-tools, according to the law. Knives that have a lock are completely illegal to carry in public.

Adults found guilty of violating the knife laws are subject to four years in prison.

The irony of the matter

During his mayoral campaign in 2015, Khan said he would do “everything in my power to cut stop and search,” claiming it “undermines” public confidence in local government and policing systems.

i didnt read any of this , keep in mind that in some countries there are more knife attacks / murders/ injuries because their gun laws are very strict or no existent ( as in guns not allowed )

Exactly! If people wanna cause mayhem, they will find some kind of device to cause mayhem with.

The difference is, with a knife you can kill/injure a few people that are close by, with an AR-15 you shoot up everybody in a wide area.
And seriously, if you had to pick, would you prefer to face someone with an automatic army rifle or someone wielding a knife? Which one gives you better chances of survival?

I wasn’t saying that one was worse than the other. My point was that people who want to harm others will find a way. Not trying to get into a gun vs knife debate.

That’s true, and if people don’t have a weapon, they’ll use their hands. I don’t think you can eradicate that human behavior from any society.
I do believe you can minimise that by making sure people have education, jobs, access to healthcare and pensions, reduce the gaps between rich and poor. The sad thing is that for decades already, the opposite is the trend.

You’re preaching to the choir.

I agree with you, I don’t believe that “human behavior” can be removed from society as a whole.
Pretty much spot on with the rest.

Not trying to get into a gun vs knife debate.

Sorry, that was not the intent, just thought with all the anti-gun stuff over here, thought it was interesting (sad) that knives had overtaken guns in an aspect. No murders is good, but as others have stated, take away the guns, it still happens.

I do believe you can minimise that by making sure people have education, jobs, access to healthcare and pensions, reduce the gaps between rich and poor. 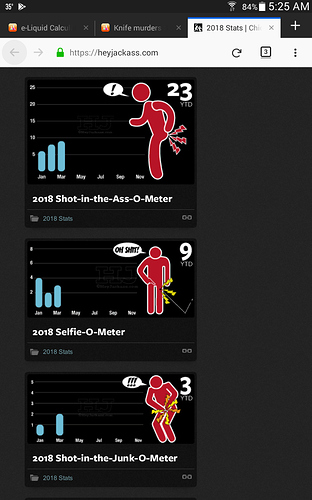 Firearms policy in the United Kingdom | Gun licensing and legislation

The legislation is interpreted in different ways by different police authorities. For example, some authorities allow clubs to possess long-barrelled pistols for members to use, and allow members who own them to allow other members to use them. Other authorities place the condition that only the owner may fire them; it is considered an offence for anyone else to even touch the firearm. This effectively requires members each to own their own pistol. In 2002 the Home Office issued firearms law

The safe keeping requirements alone should be enough to dissuade anyone who doen’s need it to get a rifle. (IIRC, bolted internally on three load bearing surfaces of a building is one of the requirements)

Much of target shooting is done with air guns which are just fine for the purpose and much less damaging to the ear.

Watch out! I’m getting better at throwing axes. When I’m ready to go pro, we can join the circus

I’m considering a rampage with throwing stars, so stats for throwing star rampages can skyrocket. I bet the current numbers are quite low. Then we can work to ban them too as lawmakers race to combat the sudden surge in throwing star attacks.

It’s an underrepresented market segment and I see an opportunity.

Don’t laugh. Throwing stars/knives were a genuine ‘concerned media’ hype a few years back in France.
They are a terrible way to kill anything except in films. Ok, you can probably mortally wound a rodent smaller than a rabbit if you are good.

You can still buy a pneumatic nail gun though. Might as well stay on the legal side of things. Just saying

( I wish I could find the ones I used as a kid, friend of mine’s dad was a representative for a company selling/making those; they would shoot large nails through breeze blocks at a couple meters, had an integrated tank and huge nail belts)

Here’s a silly little fact… Every day in America, 11 teenage kids are killed by texting while driving. Perhaps they should be illegal until 21…?

I agree. Kids should be considered illegal and send them to Mexico or Canada. Lol At least until they are 21.

What’s the effective range for a pneumatic nail gun?

You think there’s such a difference between 16 and 21? All I remember… those were wild years… way past 21 even