Here’s this mornings sunrise, before the clouds took over. There’s a storm coming this afternoon, rain for us, but I’ll take it seeing as last year at this time we had a ton of snow. 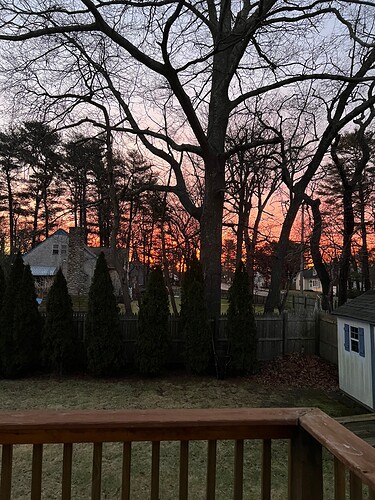 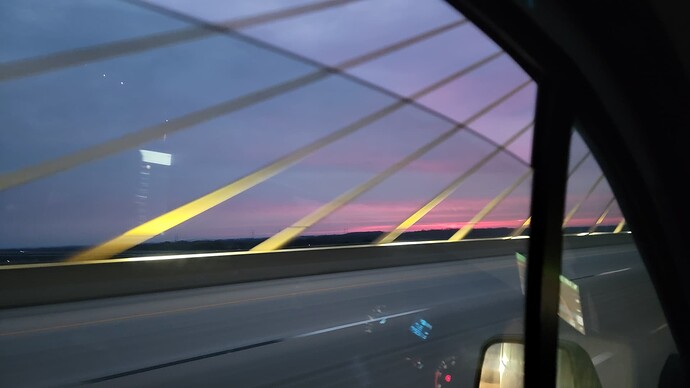 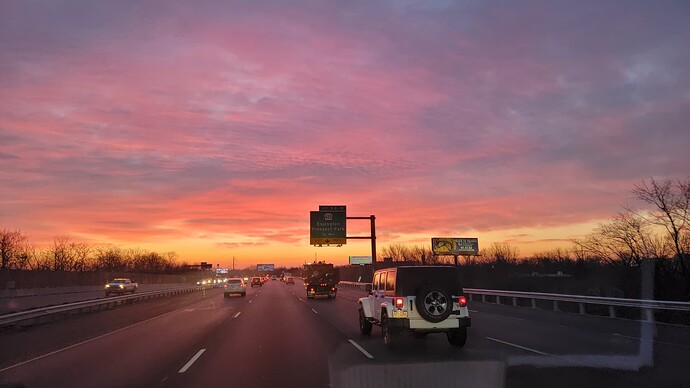 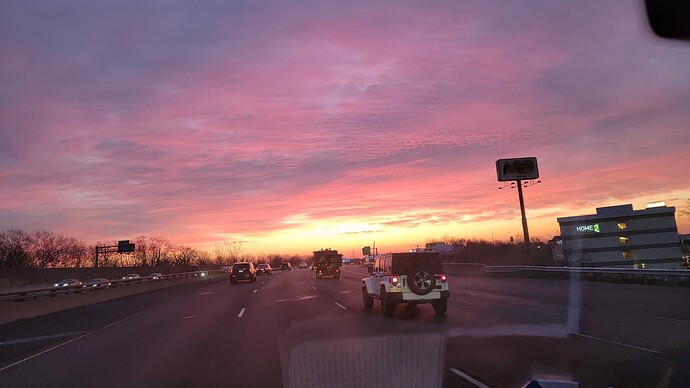 Looks like you are chasing a nuke - A very manly pursuit.

It is a strange world of paper-thin steak, soft cheese and making Tom Hanks ill.

Be careful, the flavour houses need you.

It is a strange world of paper-thin steak, soft cheese and making Tom Hanks ill.

Hehe @SquirrelSmash that’s why I carry. You never know …

I always go unarmed: It makes people panic over what the wizard may do.

I call this one “ET hitting his vape” 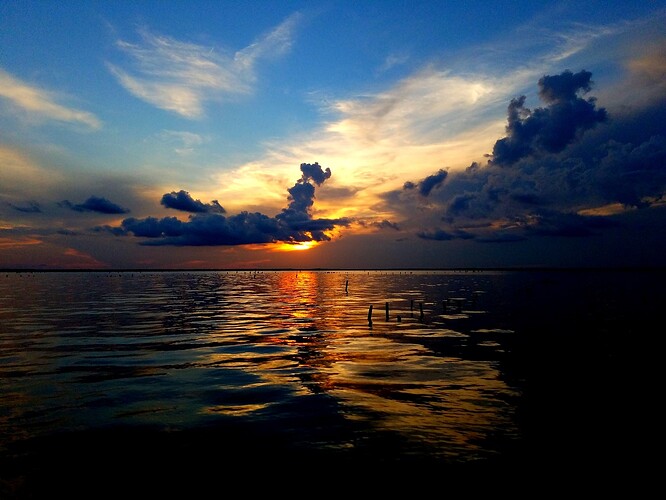 Man i hate bridges, well ones that i have to cross. What bridge is it and where so that i may avoid it?

Nice pics through the window, if i tried that in my wifes car all you would see is shimmers of light through the haze of vape condensate.

What bridge is it and where so that i may avoid it?

Hehe, I hear you @Ken_O_Where. 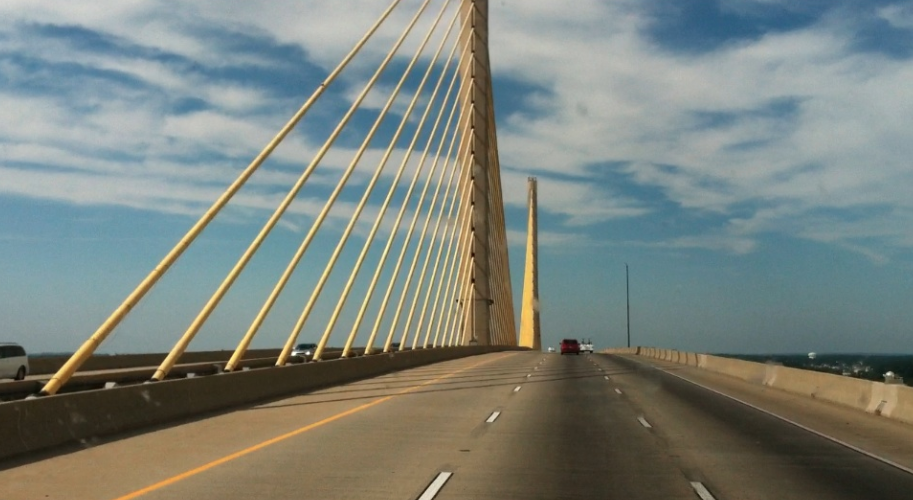 This beautiful bridge is one of the most underrated marvels in the entire First State.

Scary! We have to go over the Mackinac bridge sometimes, first time we went over it my wife drugged me with xanax. I was still freaking out tho. This here is the only bridge i dont freak out on when crossing: 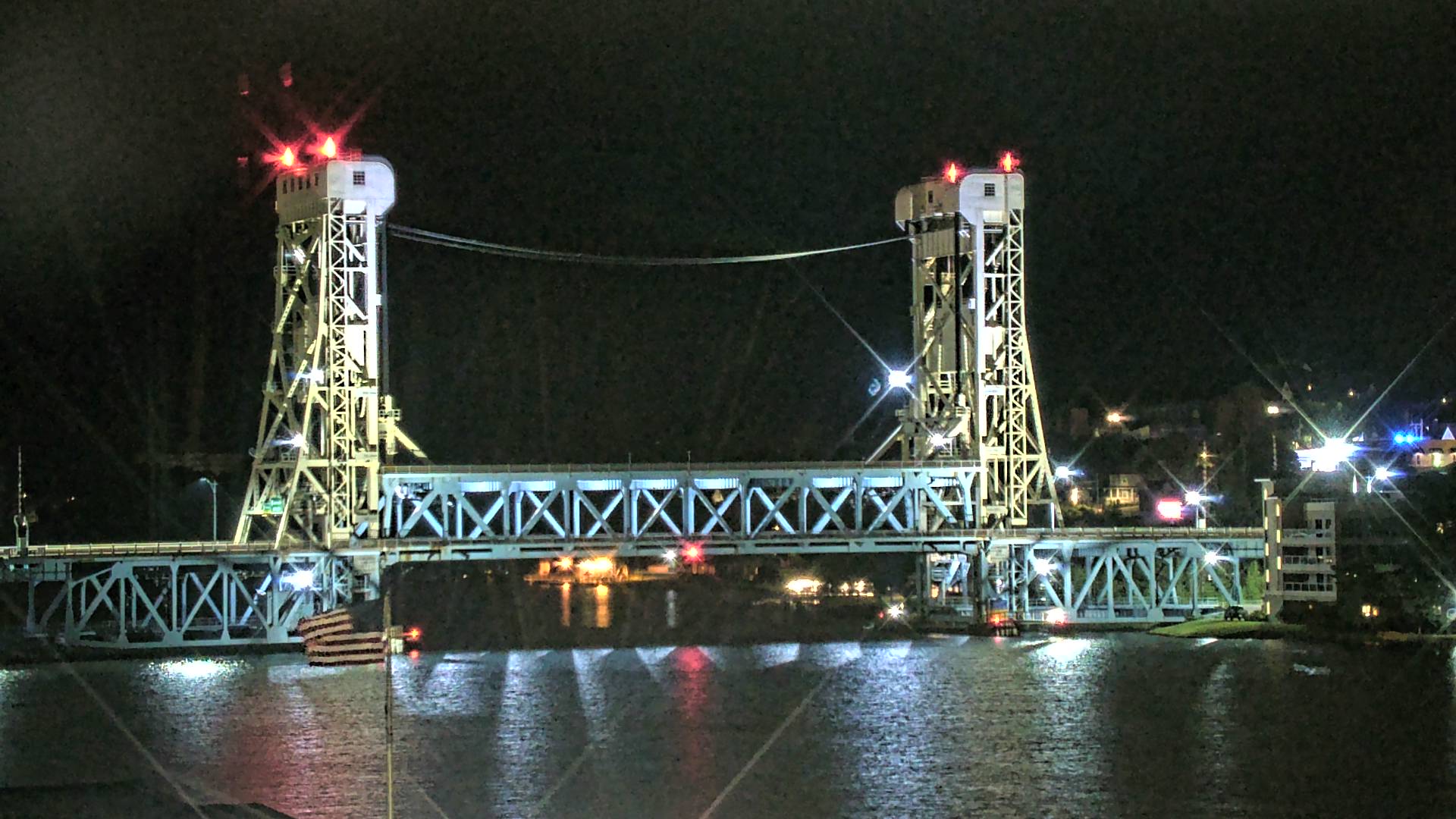 Live stream of Portage Lake Lift Bridge and the campus from the Michigan Tech Fund offices in Hancock.

During the warm months the bridge is much higher, during the cold months it drops down so that snow mobiles may cross. Even the bridge is Green Bay gives me the willies.

So i take it you’ve never bungee jumped off the Royal Gorge bridge before?

I nearly pissed meself just looking at the picture!

Macinac Bridge made the list for Americs’a Scariest Bridges For Truckers. It’s steep, and 200 ft above the water, at mid span. One person commented: “The Mac — definitely have to dig your underwear out of your crack on a windy day. With any luck, it will still be clean,”

We cross the Mac numerous times a year. I had both my daughters drive over the Mac while on their driver’s learner permits. The looks in their eyes was priceless. The look of terror when they took the wheel, and the pride when they had done it.

Youngest daughter ended up going to school in Sault Ste Marie, and made many trips home for breaks, so she did the crossing many times in the winter. It was standard procedure (at Dad’s request) to call when she had crossed the bridge. It can be a challenge in bad weather.

For real, and while i find it terrifying i do recognize the beauty, id just rather view it from afar, lol. The last time over it was incredibly beautiful, it seemed as tho the cloud layer was just above the bridge and there were fall colors ready to great us as we crossed. I cannot imagine being a trucker having to cross it daily.

My fear comes from a single incident when i was 17. My grandparents owned a massive RV and gramps was allowing me to drive it on a trip to Alabama. There is a bridge that crosses from Illinois into Kentucky, this bridge is 92,000,000,000 miles above the Earths surface and is only 4 feet wide. Gramps thought nothing of it as he crossed it many times but as i approached my sphincter puckered up tighter than a bullfrogs as i saw on this narrow bridge semi’s, semi’s barreling right at me. By the time i got to the other side of this 2145 mile long bridge i looked like i had just ran 20 miles through a cemetery full of ghosts.

After miraculously arriving on the other side I immediately pulled over, got out of the vehicle and began swearing in tongues, shaking so hard it probably sounded like i was swearing into a fan. I only remember bits and pieces at this point but it seems it is enough to turn me into a coward every time i see a bridge.

Glad my wife has bigger balls than i do…

Yeah, I can see where that experience could leave a lasting imprint, for a 17 yr old! I sure as hell wouldn’t want to do it in an RV or a truck! Hopefully the ol’ zephyr window has loosened up, and stopped whistling when you’re gassy. 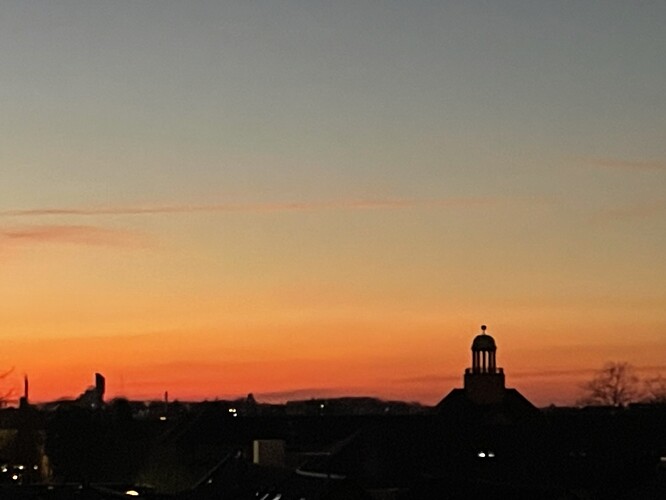 We havent seen much sun for the past week, in fact only for about an hour on the 29th when i took this pic. If you zoom in a bit at the end of the treeline in front of the corn on the left you can see the deer as they left after feeding. 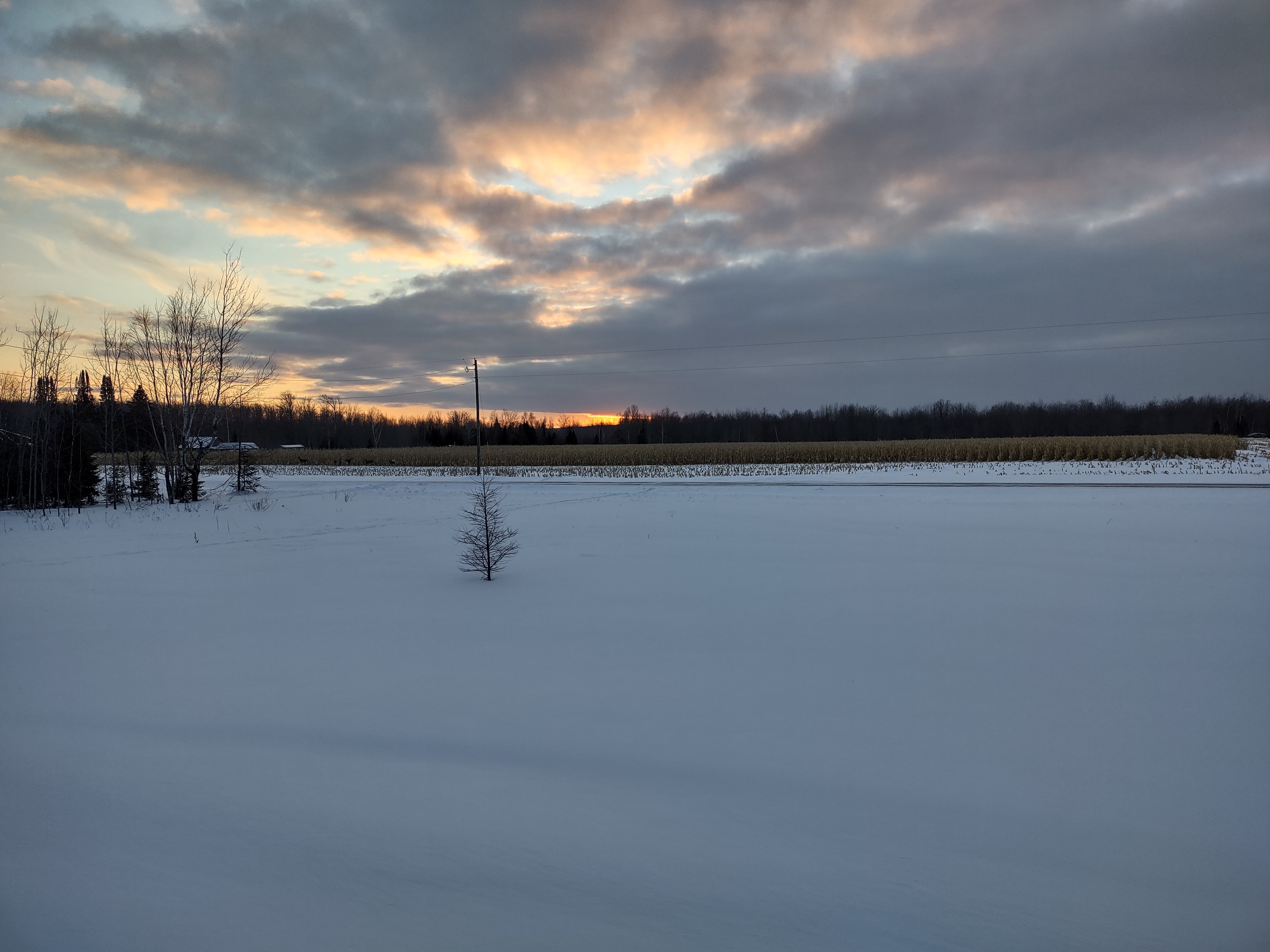 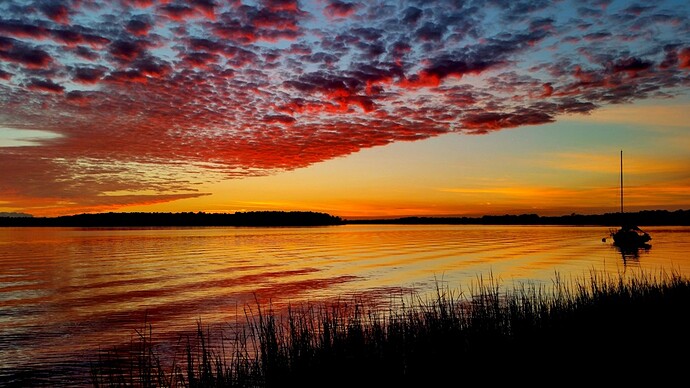