Ive just got the new Mage Gta and im confused, ive set it up with nice loose wick and well the air seems to trap at the bottom from the wick… what am i doing wrong?? 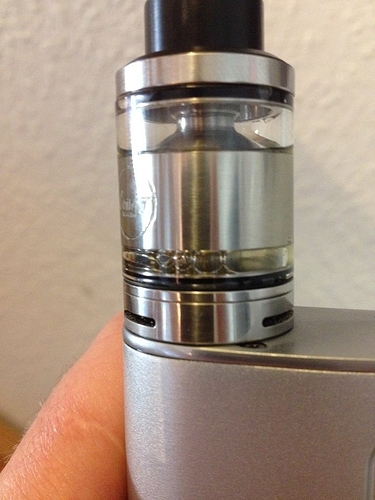 The air doesnt travel upwards because of the small space between the chamber and glass, think you get the idea, ive tryed 70/30 and 50/50, doesnt rly help with thinner juice…

No experience myself but theres an interesting thread here that might help:

Hey guys, lurked for some time, and been vaping for about 2 years now. I just picked up my first RTA with actual posts, and I'm having some...

its the Gta not the rta, i would have no probs with that

I was wondering that lol

i have been there like 50 times, its beginning to feel like poor design, but im still hopeful

Any thoughts on the GTA’s flavour production? The airflow outlet under the coils looks awefully large to me… if you’re not throwing 50 or more Watts at it, would it be any good?

45 watts and its good, ive put a small alien in there

I can’t tell from the photo but your wicks need to come all the way down through the chamber to the very bottom of the gta. If they are I would try priming your wicks first and filling the tank first if that is possible. I don’t have one but I might want one to see if does what yours is

wicks are all the way down, its really horrible, the air in the bottom makes for mad wicking = dry hits

Mike vapes even says that in hes reveiw, that juice doesnt go down, its so badly made…

Check that or you could go and ask the man himself @pugsley for some pointers.

"A wizard is never late, nor is he early, he arrives precisely when he means to" And so my fellow flying Cloud monkey's, Here I am , [image] right on cue, with another freshly concocted potion full of spell binding nonsenesicles and half baked narratives in the guise of yet another magical mystery tour, and this time, my focus pocus is on CoilART's Mage GTA......and no, I'm not talking about a wizard stealing a car. CoilART....if ever there was a name in Vapingdom than conjures up images…

yeah when I first filled it I noticed, but I took a couple of blasts on it and the liquid warmed and sank down, not had any dry hits with it at all, I love the thing, it is snug but it hasn’t been an issue for me have to be honest, have you tried sucking on it as hard as you can a few times without firing it…?

sucking on it as hard as you can a few times without firing it…?

have you tried sucking on it as hard as you can a few times without firing it…?

And you have the nerve to call ME a gutter brain

It was a perfectly innocent reply …

You only have to Look at mine and it fires…Prob my age…
What??

Takes one t know one

You two are cracking me up

As you can see, apart from the occasional bubble down there mine is absolutely fine, and this was just filled with cold liquid, went straight down, if the problem persists try using a syringe with a blunt needle if you have one and suck the air out, once it’s out there’s no reason it should keep reappearing as long as you keep topping it up. 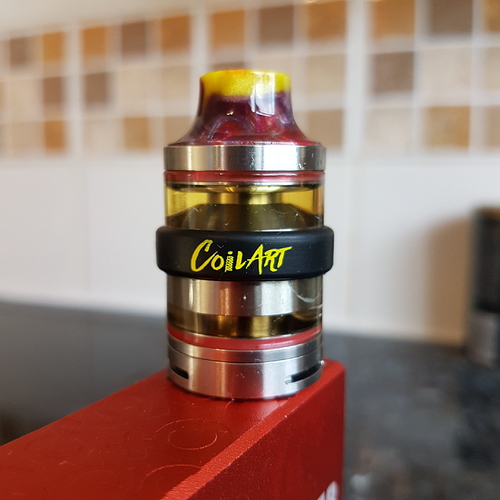