Mentor Group (JoJo messed it up again...now its Forum-Founder and it's staying that way.)

im sorry im not sure what that is supposed to be , please explain

Are Mentors approached before being given the badge?
Are Mentors selected based on just the time they have been here and does their role change in anyway?

Would be cool to see a public place where you can ask a specific Mentor a question, kind of like a Q&A but with the best of the bunch doing the answering. 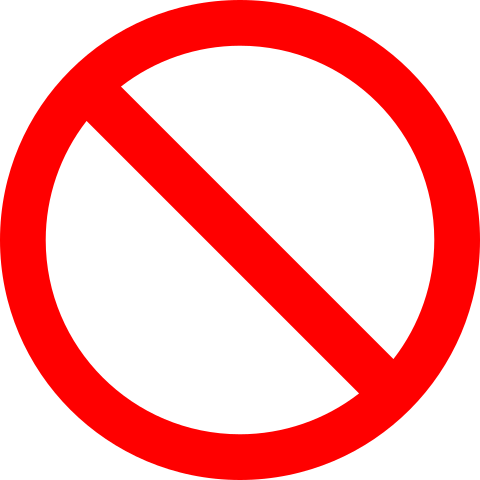 Hey I already got one of those

While I do like the idea of the little badge thingies I think it really needs to be thought through. On the face of it, it is very nice but lets say 6 months or a year down the road one of the badged people comes in pissed off (everyone has their off days or weeks)… and whomever it is that can, decides that, that person shouldn’t have the badge anymore, or for awhile (talk about a run on sentence).
So now the badge is removed, peoples feels are hurt, other people start taking sides, ya’ll (if you’ve been around internet chats for awhile have seen it) know what I mean. Peoples feelings get hurt so easily in social circles. I don’t mean to damper the idea… I like the idea, just wish to wave caution to the idea and that if this is used we may have to find more cat gif’s for @JoJo lol

As I’m sure you’ve noticed, there have been some changes around here. The Avatar Icons—aka Flair: The “Mentor” flair Most forums have some way of being able to distinguish the people who have been around for a long time from those who haven’t. Usually it’s a “veteran” tag of some sort, but we wanted to leave it a little more open to evolution. Technically, Discourse titles are supposed to be what does that, but we’ve used those for fun for so long I didn’t think it nice or fair to remove them. …

I appreciate what you’re saying and we have considered that. We will keep an eye on it and if it does become a problem in the future, we’ll revisit it.

Barring a serious infraction, it’s unlikely the membership would be revoked. This isn’t something we’ve done willy-nilly. Revoking would be even less so. As to taking sides, that’s likely going to happen no matter what. Flair or no flair, any large gathering of people is destined to split into smaller groups of more closely like-minded individuals. We’ve already seen it and we will see more of it as we continue to grow and evolve. As far as people’s feelings getting hurt…if someone’s skin is so thin that something like an icon on their avatar is enough to cause a catastrophe, maybe the internet is not the right place for them. I’m all for respecting people and doing what I can to make sure everyone feels included, but even I have my limit as to what I’m willing and able to do to make that happen.

Not a b ad idea, but theres plent of people who helped me who both now have the badge and also do not because they are newer.

We have different kind of experts here on the forum, and you all are just identifying with the older ones

It was easy for me to learn who gave good advise and knew there stuff after a few days of reading and watching posts. So to me it wasnt necessary at all. One mix be an expperienced mixer, great, but another might be the coil or mod expert. ALL are a huge help!

Copied from the announcement I posted:

The “Mentor” flair Most forums have some way of being able to distinguish the people who have been around for a long time from those who haven’t. Usually it’s a “veteran” tag of some sort, but we wanted to leave it a little more open to evolution. Technically, Discourse titles are supposed to be what does that, but we’ve used those for fun for so long I didn’t think it nice or fair to remove them. Plus, I like them the way they are. There’s also badges, but those aren’t really that obvious, you have to go searching for them. The Mentor avatar flair comes from being in a “group” of people. Other than the flair and the fact that they’re in that group, there aren’t any special privileges given. Members are welcome to leave the group whenever they want.

Some may feel left out or slighted because they weren’t included in the “Mentor” group. To you I say, don’t worry. If you stick around, participate, and are helpful, your time will come as well. The group we’ve chosen is small so far, but we’ve no intention of it remaining inaccessible. Also, if you feel someone deserves to be included but they weren’t, send a staff member a PM and tell them who and why.

Being exclusive definitely isn’t what we are after. We’re trying this on for size. If it turns out to be a really bad fit for our community, we’ll discontinue it.

I’m not sure about this idea not that that really matters, feels like you’re making what was a rarely talked about division (through fear of making drama) into a very obvious one, all feels very elitist to me personally…just my opinion.

I think at face value, nothing wrong with differentiating people who consistently help others, paying it forward, mentoring, etc. I help a lot, but not as much with mixing because I’m stronger in that regard.

Flair is NOT a bad thing. More flair please…

all feels very elitist to me personally…just my opinion.

I respectfully disagree with @Steampugs (I hate doing that, … don’t think I ever have). ALTHOUGH I think HOW it is implemented shall be quite important. I still love ya Pugs !!!

This is exactly my point… you do help a lot, but because its not mixing does that mean you are left off this?? And Im only syaing you as an example. People have the expertise here and I appreciate all that help and more so those how are very active and here to answer questions or point us in the direction to those who can help.
Lolly has done this day after day and its a great thing to know she h as the knowledge to point us in right direction …again just using her an an example

This is exactly my point… you do help a lot, but because its not mixing does that mean you are left off this??

@Lexie3 I appreciate that, but I would not be hurt either way. I got my Steam Crave title !!! Kidding aside, I (and I’m sure others) would not be hurt either. You just have to help people because you WANT to, not for any ranking, rating, or badges. I didn’t mean to blow up @JoJo @Ken_O_Where or @daath, just offering my .02. Badges or flairs/shields aren’t required, but they’re nice. Kinda like winning the @Whiterose0818 mod contest (sniff sniff). If you win, great, but if not, business as usual.

Not to derail, but there should be a respected reviewer badge ?? ELR has a few of them.

OMG, @JoJo is going to hate me now. Just had a thought pop into my head (empty space between my ears), and I can’t tell if it’s serious or not. If someone DOES get temp. booted out of their badge/flair, we could give them a naughty/time out badge ? Probably kidding, but …

we could give them a naughty/time out badge

A ‘scarlet letter’ of sorts eh? Considering I would have one full-time, I am not in favor of this suggestion.

Here’s a thought, I don’t think has been mentioned yet. On the FLIP side of the coin, is it possible that people would WORK towards maybe getting them ? Motivation ?? Just a thought.