My next venture in NET will be locating tobacco leaf which is void of the commercial processing ugliness! Knowing what we now know about the commercially produced tobacco which is used in cigarette tobacco, steering clear of that ugliness as much as possible is a concern of mine. These guys below look promising! I’m sure there are others…now, just to find them!

I’m a fine tobacco noob. I’m wondering how to create a good tobacco blend from the leaf selection that’s offered here? Also as for the flavored tobaccos, (Cherry, Chocolate, Nutty) do you suggest adding flavors from our current diy stash or is there an all natural option?

@Jimk you’re really onto something with these organic tobaccos. I’ve been browsing around and came across this pipe tobacco site. For me this will be a long term project… crafting my N.E.T.s to my personal taste. New gear will have to wait a while, because this style of N.E.T. aint cheap.

Right now, I’m scouring the Internet for folks that have experience with the NET process and gathering info on what would go with what. I tend to research the crap out of certain things; this project of DIY NET will take some time.

The flavoring of NET, if at all, will come much later. The eliquids which I am currently vaping from NET LLC, have little or no extra flavoring added; the flavor I am tasting is the true flavor of the tobacco leaves; quite different and more enjoyable than anything I have experienced/mixed to date.

Yet another method. I see what you saying. There are several varying methods. I’m starting to wonder if there’s an exact method or just finding a method that suit you best.

How to make your own Naturally extracted Tobacco NET’s

I would think the process would be the “what best suits you” method.

It all depends on what you want to taste in your NET vape; skies the limit!

Another vendor of organic tobaccos in leaf/raw form:

This, I believe, is the origin of the tobacco:

Here’s vendor of a natural premade product which I think @Josephine_van_Rijn would be very excited vaping as a NET! It is touted as being way better than American Spirit!

"Folks who have no vices have few virtues." Abraham Lincoln Totally natural tobacco leaf, culled of all seeds and stems. Rolled in Natural papers without flame retardants. Attached to a Non-toxic filter.

…might have to give this one a go myself!

Wow, that looks very nice. I found a very good article on why they are selling cigars and not cigarettes. Don’t get me wrong, I do not have a lot of compassion in this case but it is a preview on what awaits the vaping community. 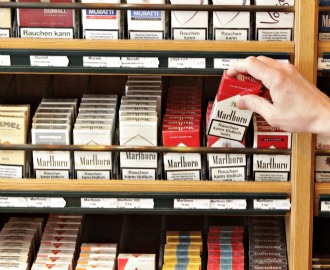 How the FDA Is Keeping New Cigarettes Off the Market

In ignoring thousands of applications to create new cigarette brands, the U.S. Food and Drug Administration is interfering with market competition, not promoting public health.

Wow! What a sysiphean task for Sley and his company! However, good for him for finding a way around the infernal bullshit of the FDA! If there’s a will, there’s a way!

Just because of this article, to support Sley, and Hestia as a company doing things differently (i.e. giving the FDA the subtle middle finger), it will be his product which I use for my journey into the DIY NET realm. Sounds like a super delicious smoke to begin with…I can only imaging what it will taste like without the fire involved!

Sold!.. Now, I just have to figure out a way to vacuum pack the NET in a flat form so that I can send it to you in a letter! It can be done!

p.s. ~ I love The Atlantic!..always good stuff in there!

Now, I just have to figure out a way to vacuum pack the NET in a flat form so that I can send it to you

We used to do that with Afghan hash because that was the most malleable, flattened it as thin as possible and send it to friends in the UK. That was in the good old days of course when there wasn’t any worldwide paranoia (well, apart from the Russian scare) and sniffer dogs and other devices to check everything you send. Ah, the good old days…

it will be his product which I use for my journey into the DIY NET realm.

This is why I’m trying to figure out how to send it via cheap ass snail mail.

Any idea of the possible whole tobacco alkaloid’s that could be extracted with pga? .

I’ve been a believer in W.T.A. since the beginnings of the discussion in 2009.
Any input on the subject?
I bought a bottle of everclear just
for this project.

Any idea of the possible whole tobacco alkaloid’s that could be extracted with pga?

spaceballsrules Ultra Member. ECF
As gthompson said, there is no residual WTA in NET tobaccos. The extraction process for WTA is a little more involved than extracting just flavor.

A WTA extraction process… I’m sure there are others.
linzeljp Full Member ECF
Been following the thread down in the nic forum for some time now… decided to give it a go in the sort of wholly unscientific, unsafe manner they repeatedly warn against. The result? Great success.

As I am totally bereft of any sort of lab gear, I improvised a bit. Here’s what I did.

Dumped some baking soda on the cookie sheet, popped it in the oven on “broil” for a while. Watched an episode of “Red Dwarf”. Turn off oven, pulled out cookie sheet. Got about a cup of hot water from the tap, put in french press. Added sodium carbonate (the heat-decomposed baking soda) until it stopped dissolving. Added tobacco until I had a soggy mush. Watched another episode of “Red Dwarf”. Pressed the tobacco mush to squeeze out the water. Poured in some olive oil, agitated it a bit with the screen. Gave it one final squeeze to get all the good bits out of the tobacco and poured off the resulting sludge into the see-through plastic cup. In the other cup, a little hot water and a handful of vitamin c tablets. Let them dissolve a bit, then poured off into another cup through a coffee filter. Watched another episode of “Red Dwarf”. By this time, the sludge had separated out into yellow, translucent oil and dark brown water. Sucked up about 50ml of oil into the flavor injector, followed by the acidified vitamin c water, about 20ml. Shook it up. Marveled as it transformed from clear to a dark, coppery brown. Inverted it, watched another episode of “Red Dwarf”, then squeezed off the oil into the sink. Put a little sodium carbonate in another cup, squeezed out the water into the cup, mixed it up, then sucked it back up. Mixed the result at about 1:4 into some 70/30 pg/vg blend (lime and menthol) and vaped.

Good god, I got that lovely “first cig in the morning” woozy feel. A wave of relaxation. It was beautiful. Easy, cheap, and beautiful. I’ve seriously been going nuts for the last few months at work- I’m in the Navy on a sub, so smoking is no longer an option. Vaping straight nic keeps me from killing people, but I’ve been a wreck… completely ADD, unable to focus, couldn’t get anything done. I think I’ve got my fix, now.

If anyone wants to post this over in the beta carboline thread for me, I’d be much obliged.

I was on the original Dvap thread with Tropical Bob & Victor…lol
Thanks for reposting, I want to try this one day,I’ve heard read & studied WTA a bunch.

I’m guessing you have read DVaps blog on ECF?

I haven’t in a while but I kinda believe that since he has started to provide services for WTA that some of it will be bs.
I know that sounds rude but it’s very probable

By this you mean, selling WTA to the public?