Found 2 packs of Marlboro in my 18 year olds truck. Told him I would get him a mod if he promised me not to smoke those.

Any ideas on a low cost under 40 or so mods?

Guess u’d be looking for a kit then, unless u have anything u could hand me down.

Give him yours and upgrade yourself to a new mod. Get a squonk you will love it.

asMODus Minikin Reborn 168W Mod is a stylish yet efficient box mod and has a high quality responsive touch screen to customize your setting to your liking.

I think they are still giving $ off after certain amounts.

I’ve heard talk about squonks, what in the world are they?

I would also suggest starting him/her with a Pod system. Easier to use and no concern on building coils etc.

Look up vandy vape. Go to YouTube and see some reviews. Tony B . I have the dual kit and the 80 watt unit. Also the recurve I enjoy using them all because of the volume of liquid they hold, the y last all day without having to refill or change batteries

With squonking, your mod has a juice bottle inside with a tube running through your 510, then you install an rda with a squonk pin and when you squeeze the bottle juice goes up into the rda from beneath. You get rda flavor with the capacity of a large tank, most squonk bottles are anywhere from 6-10ml. 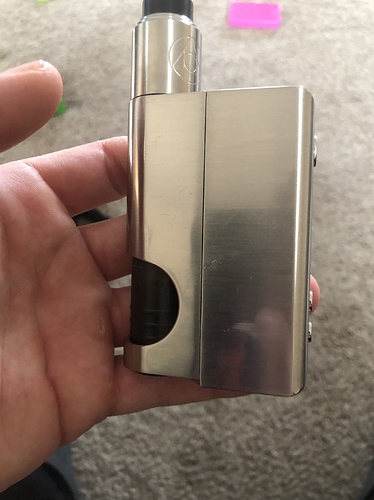 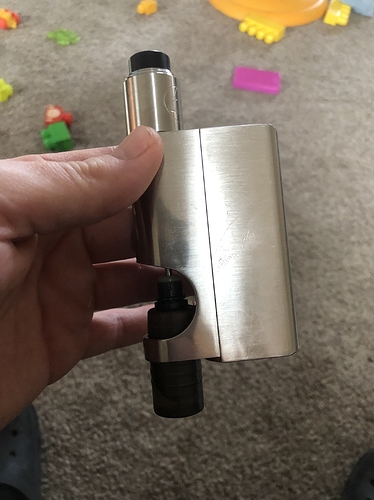 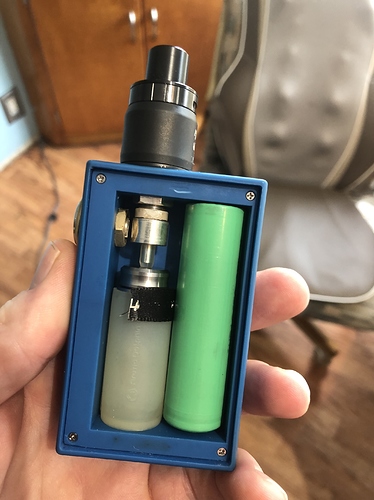 I like @MisterSinner idea. Get him a refillable pod and if needed work him up from there.

@Cooter1 I would get him a pod system. I have an 18-year-old too and pods are really big with that age group. I would also use salt nic if he is already smoking. The reason being is, salt nic mimics cigarettes in that the nicotine absorbs into the bloodstream faster.

Also, here are some links
this one is highly rated among the famous youtube reviewers. From that link go to the clearance section and there are some very reasonably priced mods, pods and the rest.
https://www.eightvape.com/collections/hardware-clearance/products/aspire-breeze-2-aio-kit

Good luck. I hope he is able to quit.

I am with everyone who said POD systems , the Smok Infinix is cheap and easy eightvape has them for 15dollars comes with two pods …My mother and GF vaped but never completely got iff the ciggs until I got them pods and used a high mg/ ml salt nic juice …

everyone who said POD systems

I have a couple of thoughts. But, having never used a pod or salts, might be a bit off. Feel free to pick this apart, pod-folk! I have been watching and reading a lot about them. Just want to put this out there as food for thought.

My first thought against pods for him is the Salts factor. They do hit faster, but they also (supposedly) wear off faster, possibly causing more frequent vaping to get the buzz going again. They’re also easier to bump up to crazy high levels, not having the harshness of free base.

2nd thought: Letting him check out all of the options in-person may be better than any of us could offer for ideas. Take a trip to a few vape shops with him and see if anything strikes him. Check out the different equipment options on the youtubes, too. Maybe he’s mechanically inclined and could be excited by coil building, RDA/RTA, etc. Mech mods if properly educated. Who knows? Seeing these options could help.

I’m sure you’ll have no trouble explaining exactly how important it is to switch! Send him here if he wants some 2nd opinions! We got em! Good luck with this.

PERSONALLY I hate pods , that being said I have found a high respect for the system bc they helped 2 important people in my life quit smoking … There is no reason to pick your statement apart , its your opinion and a good one to say the least… Btw heading to Post Office after work …

@Cooter1 cheap and cheerful setup try a crown 4 and the mini Geekvape Aegis. Great flavour but probably a little over your $40 budget. If you throw some mesh coils into the c4 it will perform really well and it is worth paying the few bucks extra for the flavour.

I have been using this set up for a pub mod for a few months and it is a rockin little setup. 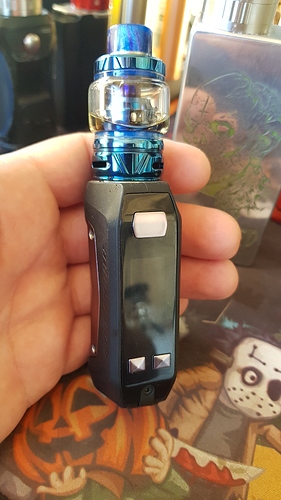 There are currently 4 of these going around at work and no one has had any issues. The tank is flavorful and cloudy and the boost feature is nice

The Council of Vapor Xion Kit is the newest addition to the COV box mod lineup. Powered by a dual 18650 battery configuration the COV Xion features a massive 1.45 inch touchscreen design with to control a whopping 5 to 240W of power and a full...

I finally got my last two friends off cigarettes, took forever and tons of hardware!

If we talking pod, maybe give the joyetech atopack magic a lookup. Cotton is exchangeable and while it’s not the best flavor (which pod is right), it’s still decent flavor and I love the air im getting from it. Not like most super tight mtl airflows you have in other pods.

My other friend I got a horizontech falcon tank, not the new king, the older version with a minikin 2. But unfortunately the minikin is over $40 still a good setup.

Other then that, most stuff I would have suggested, is already posted here, including the store pages lol. Hope you can find something and get him/her to switch.

Found 2 packs of Marlboro in my 18 year olds truck.

Having two packs doesn’t sound like he just started smoking. If he’s been at it for a while, as opposed to just starting, it may be a bit difficult to just flip like that. He’s also got to have that willingness to give up the cigs. Not meaning to sound negative but just promising him a new mod, however well-intentioned and generous on your part, might not be enough.

willingness to give up the cigs.