Does anyone have a concoction for ants , spiders etc… I use stuff like ortho home defense but it’s crap , if you have used something that helps please let me know … I understnd i can’t completely eliminate creepy crawlers, and if you know of an/thing safe for indoors id appreciate that as well …

Note : IM DOING THIS BC MY 3 YEAR OLD IS SO SCARED , MY GFs 12 year old son has scared her when it comea to bugs

Scientists are looking for new uses for tobacco. One potential use is as a natural pesticide, due to tobacco’s content of toxic nicotine. For centuries, gardeners have used home-made mixtures of tobacco and water as a natural pesticide to kill insect pests. A “green” pesticide industry based on tobacco could provide additional income for farmers, and as well as a new eco-friendly pest-control agent, the scientists say. … They describe a promising way to convert tobacco leaves into pesticides with pyrolysis. That process involves heating tobacco leaves to about 900 degrees Fahrenheit in a vacuum, to produce an unrefined substance called bio-oil. The scientists tested tobacco bio-oil against a wide variety of insect pests, including 11 different fungi, four bacteria, and the Colorado potato beetle, a major agricultural pest that is increasingly resistant to current insecticides. The oil killed all of the beetles and blocked the growth of two types of bacteria and one fungus. Even after removal of the nicotine, the oil remained a very effective pesticide.

Combine 1 part baking soda with 1 part powdered sugar. From what I have read, ants cannot differentiate between baking soda and powdered sugar because they are similar in size. The sugar attracts the ants, and the baking soda is what kills them: It reacts with the acid in their digestive system and they explode.

Then all she has to worry about is exploding ants

No so friendly to bees which are kind of important. 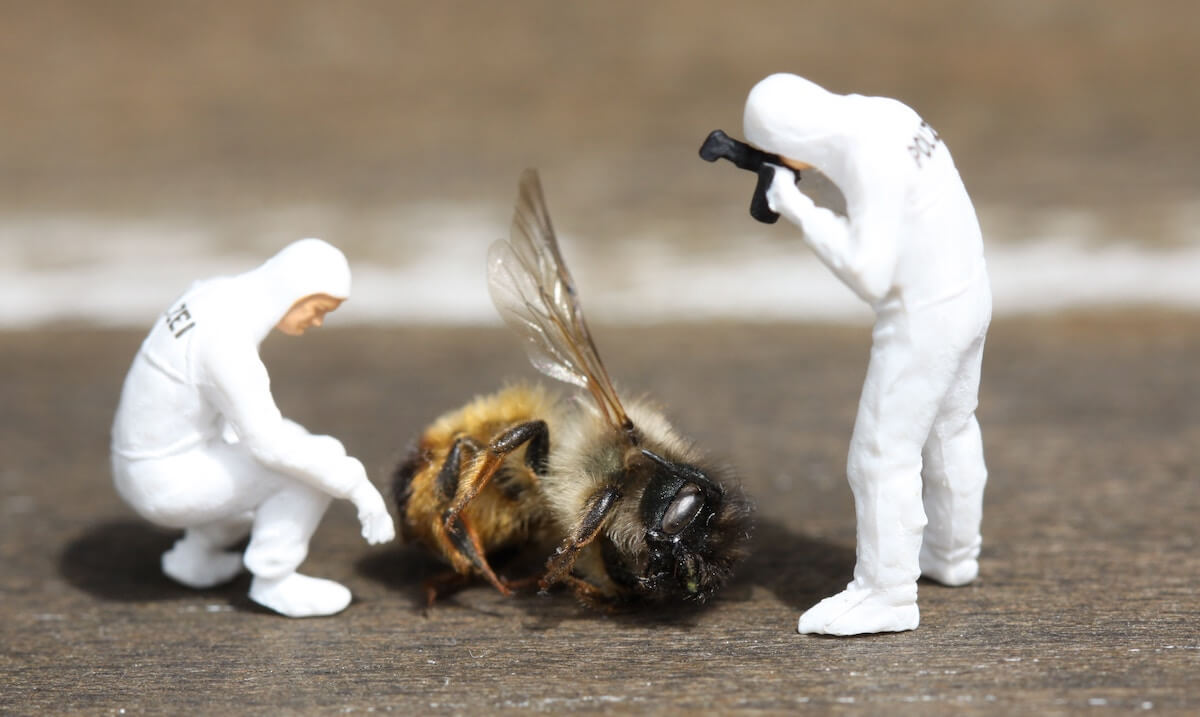 In an attempt to protect bees from colony collapse disorder, France banned all five neonicotinoid pesticides linked to bee deaths.

I don’t even think they were trying to be helpful.

Probably not for bees, alright !

Not clear whether Nicotine itself is as toxic as the neo-nicotinoids - which (presumably) have been developed and selected for enhanced (as opposed to reduced) toxicity (to targeted species) ? Dunno. Have personally found tobacco smoke (deployed nearby the buggers) to be a pretty good mosquito/bug repellent. It’s interesting to watch the effects of the nicotinic-acetylcholine receptor activity.

The sugar attracts the ants, and the baking soda is what kills them: It reacts with the acid in their digestive system and they explode

Diatomaceous Earths (powdered tiny bits of ancient fossilized Diatoms) are (said) to work well against “Bedbugs”. The dust gets inside their (entirely passive) “respiratory” ducts, and is said to by that means terminate them. Great for brushing tobacco and other stains off teeth, too ! Diatomaceous Earths are inexpensive (2 Pounds in bulk is available for around $14 via this 3rd-party vendor on Amazon dot com).

Hmmm. Seems like some doubts are raised in this report of an investigative study - where they report:
More efficacious, especially under field conditions, are silica aerogels contained in products such as Drione, Tri-Die and CimeXa.

I use it in my garden. Good stuff.

Does anyone have a concoction for ants , spiders etc… I use stuff like ortho home defense but it’s crap , if you have used something that helps please let me know

@fidalgo_vapes this is your lucky day !!! OK, I can’t really speak to the spiders, but ants, yes I can. Have tried every damned spray or bait station, and ALL have failed, or got washed away the first rain, leaving more and more redeployments.

Happened across this brand, and have NEVER looked back.

First you can put some of this down… 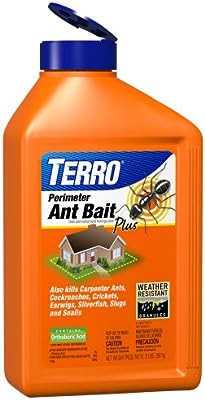 Depending on which cycle the ants are on, you will most likely see MUCH MORE ANTS, as they start to carry it off to the hive and queen. You MUST MUST MUST fight the urge to start stomping or spraying somethine else down. You WANT to get LOTS of ants, and you will. They carry it back to the hive, and then kill the queen, whole colony gone.

Sprays and most baits, just kill the workers, which leaves you endlessly buying more, more, more. Pretty good from a selling standpoint right ?

Now if it seems they stop hitting on the above (I never have this problem), then you can put the baits for the sugar part of their cycle, and they will hit on this like CRACK. 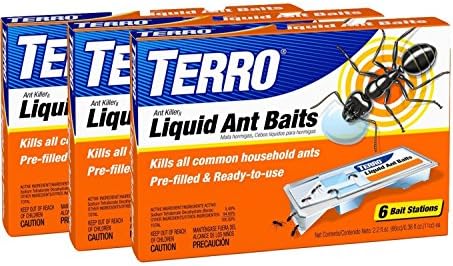 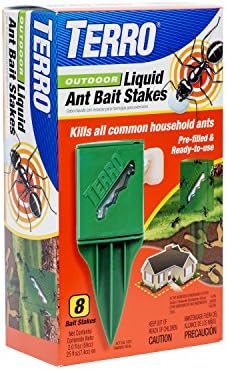 I forget exactly but ants have a fat, then sugar cycle or some such thing. These will work for each. The best thing is, it attracts more, and more, which is what you want. The only game that wins here is:

DE can work as well, if you can spare any from your pool filter.

DE can work as well, if you can spare any from your pool filter.

This web-page (which does also advertise for a certain brand of DE) asserts (without any explanation):
Pool grade DE is unsafe for bedbug removal.

This web-page (which does also advertise for a certain brand of DE) asserts (without any explanation):
Pool grade DE is unsafe for bedbug removal.

Well, their rap (please critique if you disagree) sounds like an (ostensible) motivation to use “food grade”:
The diatomaceous earth found on the retail market is available in two forms, pool grade and food grade. Pool grade is calcined or treated with high heat, which turns the silica dioxide into crystalline silica. This process emphasizes the filtering qualities of DE but makes it very harmful to the respiratory systems.

Perhaps it (might) be wise to trade-mark the phrase “Liquid Ant Killer” for a swank vaping flavor, pronto !

Well, their rap (please critique if you disagree) sounds like an (ostensible) motivation to use “food grade”:
The diatomaceous earth found on the retail market is available in two forms, pool grade and food grade. Pool grade is calcined or treated with high heat, which turns the silica dioxide into crystalline silica. This process emphasizes the filtering qualities of DE but makes it very harmful to the respiratory systems.

I didn’t know there was any other grade than pool filter grade.

Whether it be for use with livestock, as pest control or as a natural health supplement for humans, the buzz surrounding DE is undeniable. However, there is a lot of confusion regarding the various types of diatomaceous earth and what they can and...

From my experience seeking non-bogus COAs (almost invariably from Chinese manufacturers) from vitamin and supplement vendors selling on Amazon, good luck with that (actually getting some reliable test results). Lead, Arsenic, and Mercury (in that order) are extremely potent toxins that I myself would not want to worry about somehow being inhaled by a curious (and oblivious) 3 yr-old child. Insects (save for a few nasty buggers) and such little beings are actually our fellow creatures and allies. “Acceptance” therapy ?

Does anyone have a concoction for ants , spiders etc…

Ants yes! Spiders, no clue (though you might ask @woftam or another Aussie how they combat such “beasts” lol).

The solution I’ve had 100% success with for the last 20 years is made by Amdro. They have a few types, but the one pictured below is one I swear by. 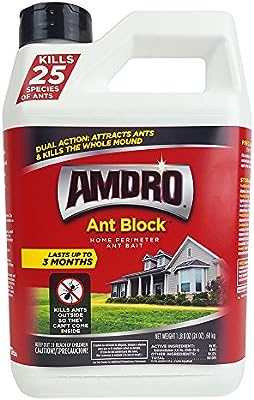 Yes, this. Those little ground stakes keep them out all summer.

Ants are little bastards to kill. I’ve had the bad luck to repeatedly live in houses that were seemingly built on top of ants nests, and have tried everything, Most ants are either immune to or avoidant of those liquid ant baits by now. In fact, they swiftly learn to avoid anything that’s toxic to them.

Nicotine does work. And works best of all if you find their nest , make a borehole in the middle and pour a load of reasonablty high % juice into it Try daintily sidestepping that lot, you little bastards! I can’t proffer a formula. I save assorted failed mixes all mixed together in a bottle for that sort of purpose.

I wouldn’t worry about killing the bees if you’re using nicotine to kill bugs indoors, nor if you use it oudoors in that fashion. Just don’t spray your garden plants with the stuff.

I 've also found this effective:

that said, if you leave a bit pf your floor/woodwork unlaquered, ants are likely to find their way through your kitchen and onto your unlaquered living room carpet, eventually. a few hundred dead workers will not deter them . they’ll just learn what route not to take.

As for DE: yeah, do be very carefu to buy food grade stuff. When I experimented with DE, I decided to cut costs and buy stuff that was marketed as safe for treatung animals, reasoning that its safe for animals , it must be safe for humans. wrong. It really screwed with my respiratory system for weeks! And it’s really hard to get rid of, if you get it onto furnishing or carpets. if you hoover it up, the hoover just blows it out into the atmosphere.

After that, i bought “food grade” but I haven’t dared use it.

EDIT: reponse to OP., not Srksfly. Sorry, i used the wrong button again