Just wanted to say my thoughts and prayers are with the people of Paris.
This world is getting scary… try to stay safe my friends. 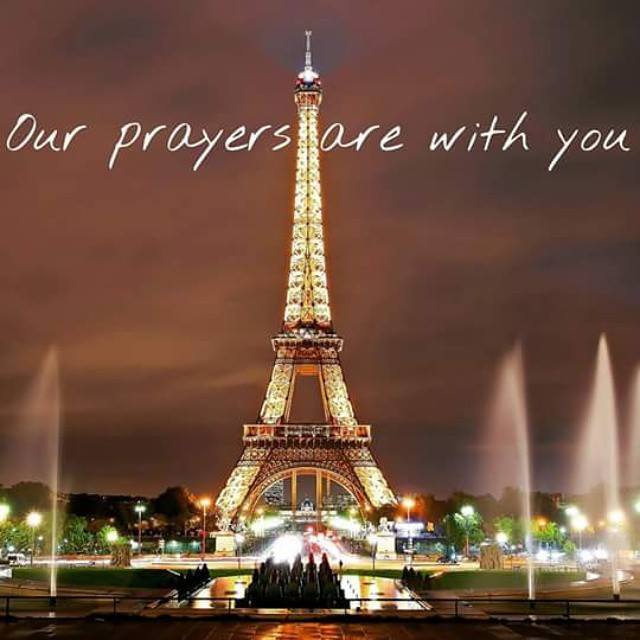 That was a shocker. Things like this is one reason I live in the moment. Best made plans can come apart instantly. When I leave this world I want it to be said I lived in the present.

Yes, Our Thoughts Are With You At This Time

SO, SO sad!!!
The families, brothers, sisters, mothers, fathers, lives torn apart.
I know it’s gone on for century’s, but, to kill in the name of God, I will never understand it, just can’t.

A heart felt prayer to the victims and family’s.
Stand tall France.

Agreed. Such a tragedy. Such senseless violence and waste of lives and potential. So sad that life isn’t valued for life’s sake by those who hate.

Intelligence is always revealing terrorists’ bases of operation. Yet they’re too often allowed to stand unhindered. Until the governments of the world unite their covert forces to root them out and kill them this will only continue. It’s heartbreaking to see these kind of thing happen, but to the ones committing the atrocities it’s like shooting fish in a barrel. There should be no mercy for them. All I’m going to say.

It’s so sad to live life in this way. Man with the goverment {FDA} wanting to stop people from vaping quit it. Pour more money in to fighting the ass hole of the world.
Thought and prayers go out the the families of paris that loss love ones.

Nice of you to put this up, They are in my thoughts and prayers. It is so sad that we have to live in fear of people like this. I wish we could end this war and have true world peace. Paris you are in our hearts.

It is a shame what this world is coming to. Paris and all the lives that have been touched by this tragedy are in my thoughts and prayers every day.

Me too! And another thing in my thoughts…

I was watching some YouTube videos last night where Paris has done some retaliation. I’m no war monger, but I firmly believe if you’re attacked, STRIKE BACK. Failure to do so reveals weakness, and we’ve all seen this scenario played out even at the school yard level. The bullies, those miniature terrorists, they pick on the weaker, more vulnerable. Once the little bastard realizes it’s easy pickins, it doesn’t stop. But those commenters on YT - THAT’S what’s wrong with the world, these hyenas have been allowed to live. Once they’re dead the problem is solved.

Watching the news yesterday and see ANONYMOUS isn’t happy w ISIS now… Now they’ve got the attention of people who aren’t obligated by any means of government approval. Not a group I would want w a Vendetta against me…

Not sure what you mean by YouTube comments but it saddens me how ignorant people can be. So much BS about blowing everyone up. Yet they think their any better than that suicide bomber. You want to blow people up and kill them all BUT your not a terrorist. Sorry rant over, may be different elsewhere but here in 'Merica it is that way.

Who is this? Maybe I have been living under a rock, but I have no idea what this is… Anonymous is a loosely associated international network of activist and hacktivist entities. A website nominally associated with the group describes it as "an Internet gathering" with "a very loose and decentralized command structure that operates on ideas rather than directives". The group became known for a series of well-publicized distributed denial-of-service (DDoS) attacks on government, religions, and corporate websites. Anonymous originated in 2003 on the imageboard 4chan, representing th...

I just read the whole Wikipedia page on them! I had no idea! I guess I need to get out more! 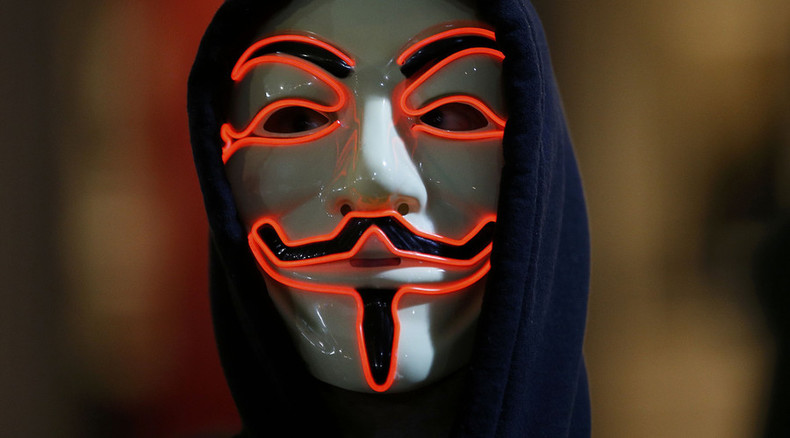 Hacktivist group Anonymous has reported that more than 5,500 Twitter accounts belonging to Islamic State have been taken down. It comes after the collective declared a “total war” on the militant group following the Paris attacks.

Ya they’ve been active for awhile and I wouldn’t doubt the numbers or Intel they have.

Not sure what you mean by YouTube comments but it saddens me how ignorant people can be. So much BS about blowing everyone up. Yet they think their any better than that suicide bomber. You want to blow people up and kill them all BUT your not a terrorist. Sorry rant over, may be different elsewhere but here in 'Merica it is that way.

Just the ones where people act like France should just roll over and take it. That somehow France is to blame for being attacked. All this peace, love and harmony crap is fine during peacetime, not when forces come to destroy you. In society we have a legal and criminal justice system that provides punishment for people who cause harm, but there are those who also feel like if you’re family is attacked it’s wrong to strike back. I’m not one of those people, and God have mercy on anyone who did attack mine because if I get to them before the cops I won’t have any mercy at all.

I apologize too because I know this is a touchy subject, and on my first post I said that it was all I was going to say. Broke my own rule. Going silent now.

Calling names is uncool here. Love ya TRisin, but please don’t.
We all have our own OPINIONs, and that is just fine. Voice your opinion about what should or should not be done. Go for it…

Sorry for any confusion about anything but was not intentionally calling anyone by any name. Just voicing an opinion on Anonymous and social media comments… Not sure if something I said came out wrong but was not being argumentative towards anyone. I COMPLETELY agree w everything stated above. If your referring to my comment about American terrorists than my apologies for that but to blindly say things like “kill everyone” is in fact what the terrorists are aiming to do, and in that case those individuals display ZERO difference than those of terrorist ideals. As said above

[quote=“SthrnMixer, post:18, topic:36060”]
God have mercy on anyone who did attack mine because if I get to them before the cops I won’t have any mercy at all.
[/quote] THOSE WHO did attack mine, not “just bomb everyone in the middle east”

@SthrnMixer absolutely! That turn the other cheek stuff is nonsense, there’s a time and a place for that. And being attacked IS NOT one of those times, that’s why it’s great to see people taking it in their own hands in Paris (Anonymous)