Thanks @d_fabes . I’ll get that rba for the Nautilus and I’m gonna grab another mech mod I think. Those things don’t have much that can go wrong on 'em, right?

I’ve always liked my Nautilus Mini, but hated buying coils. I’d be disappointed if I had to retire it, if coils weren’t available. I don’t know how well that little RBA works, but for $10 (one pack of coils) it might be worth a try.

I’d be the last one to ask about the mech mods, Alicia. I’ve never owned one. Since you already have two, I’m sure you’re familiar with the safety considerations. As far as longevity, I’m sure someone will chime in soon, that can make a recommendation.

I know the Provari has an almost cult like following. There must be some basis for that. I don’t think they all drank the kool ade. How do you like yours?

Edit: Here’s a link with a bunch of Provari info. Some of the links on that page deal with the durability and longevity of the Provaris.

I’ll throw my 2 cents in on the mech mod subject. They’re great, as long as your coil building skills are up to snuff. This is where an ohm tester is definitely required (i.e. building coils that your battery can handle and checking for shorts). Most of the time, if you keep your coils at or above .5 ohms with an 18650 (10amp or higher continuous discharge) battery, you’re golden. 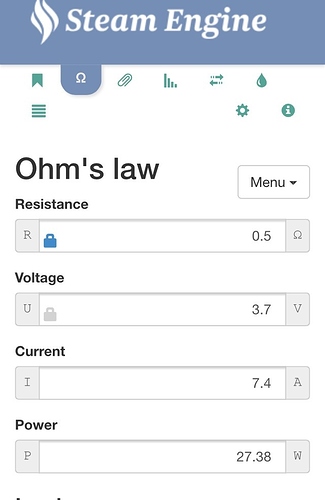 Also, when looking for a mech mod, get one in which you can use 18350, 500 and 650 batteries; you’ll appreciate the ability to decrease the mod size at times.

When my favorite mech mod manufacturer (Metal Madness Vapor in Greece) stopped making their mech mods a while back, I bought 4 of their Polidiac Classic mods on clearance; one day they’ll come in handy.

There are other aspects of mech mods to consider…but, I won’t bore you.

Honestly, I very rarely use my Provari. But, it’s there if I need it and seems like a VERY well built product.

I would also like to say expect a lot of buggy equipment being rushed to market. I suggest being careful buying anything new to the marketplace…

Totally agree buy only devices already being sold I would trust nothing released between now and August 10 2016 as it could very well be a rushed to market deal with no testing at all.

The FDA Deeming Regulations only affect US consumers, so why would anyone expect that new products would be low quality? Maybe I’m underestimating the influence of “we the people” on the e-cig manufacturing front, but it seems there’s a big ol’ world out there still buying that isn’t going to be affected, so I can’t understand how new equipment releases will be based solely on the US consumer.

The FDA Deeming Regulations only affect US consumers, so why would anyone expect that new products would be low quality? Maybe I’m underestimating the influence of “we the people” on the e-cig manufacturing front, but it seems there’s a big ol’ world out there still buying that isn’t going to be affected, so I can’t understand how new equipment releases will be based solely on the US consumer.

Tell you exactly why they would rush to market. Should the Cole/Baker Amendment (Think it’s Baker) becomes reality the products in the US market before August 8, 2016 will not require a PMTA to remain in the Marketplace…

Given that the US market at least seems to be the largest market in the world from every thing I am reading and learning.

It is my opinion that China will more than likely rush many items to market to get them on the US market prior to the August 2016 date giving them at least 2 years to sell the items freely during the grace period. It is just a hunch but I could be very wrong.

If we look at the past and how items get released prior to all the bugs getting worked out it just makes sense.

Ah, makes sense then. Thanks.

China will more than likely rush many items to market to get them on the US market prior to the August 2016 date giving them at least 2 years to sell the items freely during the grace period.

Maybe a hunch but I would think this too would be part of their reasoning. There is a little more that is required such as a inventory submission twice a year (not clear on what is inventoried, full inventory, inventory of product to submit, don’t know) but if they abide to the rules they actually can have a product in the market for a full 3 years time before pulling it should there be no approval…

Don’t forget about the TPD that affects the EU!

This explains the basics http://vapable.com/tobacco-products-directive-information

The maximum e liquid bottle size is 10ml.
The maximum strength of e liquid is 2%/20mg.
Every single variant of e liquid and device capable of vapourising e liquid must be tested and the MHRA must be notified of each product and its test results six months before it can be sold.
The maximum e liquid capacity of tanks/clearomisers is 2ml.
Tanks/clearomisers must be ‘leakproof at the point of refilling’.
The advertising of any and all vaping products is banned. This includes physical advertising and electronic communications, such as emails and social media platforms.

This is the date the TPD comes in to force. The advertising ban kicks in immediately. Most retailers will still be selling non-compliant products as usual, so consumers will be largely unaffected. However, we will see some small to medium manufacturers start to close down as they realise that TPD compliance will be too costly.

From this date onwards, retailers will have six months to clear their shelves of non-compliant products, such as non-leakproof tanks, bottles over 10ml or 20mg etc. New non-compliant stock cannot be manufactured, purchased or sold.

Over the next six months almost all small manufacturers will close down. Retailers will start selling a much smaller range of products. There may be shortages, as many vapers panic buy and stockpile their favourite vaping gear.

It is now illegal to sell any non-compliant product. Only products tested and MHRA notified six months earlier can be sold.

At this point the market will look very different. There will be a lot less vendors and a lot less choice available. We will probably see a lot of cases brought about by Trading Standards against vendors who seek to exploit loopholes and ‘grey areas’ in the TPD.

If you are brave read the fees section https://www.gov.uk/government/uploads/system/uploads/attachment_data/file/518891/E-cigarette_IA_Final_version.pdf

2016 seems to be the year for the powers to be world wide to try and kill vaping as we know it.

As @Alisa said very sad for us all. But I truly think we are only seeing the tip of the icebergs for now and only time will tell what the end result is going to be for all of us.

At this time all we can do is support the advocacy groups working on this stuff no matter what side of the big pond you are on.

At this time all we can do is support the advocacy groups working on this stuff no matter what side of the big pond you are on.

That’s a good start. Also, take stock of your inventory. Figure out what will help you get through the possible changes we’ll be facing. No need to break the bank, or get a 2nd mortgage. Shop smart. Considering what might be coming, I placed a higher value on reliability, and easy to maintain, over latest & greatest technology. That’s just me, though.

I’m not a pessimist at heart. I try and find silver linings whenever I can. I want to remain hopeful that our advocacy groups, all our letter writing & testimonials, and petition signings have some sort of effect. I just want to be ready, in case that wasn’t enough.

I ordered 2 of those RBAs for the Nautilus. I’ve heard some positive reviews on the Version 2s. I took a $20 gamble. Hopefully, it’ll allow me to keep using the Mini, and not have to rely on the Aspire coils. I’m sure it’ll be a few weeks before I see them from China. I’ll let you know how they work out, if you haven’t already placed the order.

Did you buy them from Fasttech? Can’t find anything searching there.

I ordered them here:

And so it begins

I took the plunge and ordered my first mech mod. I like the idea of having something basic and durable, to fall back on, if needed. I respect the safety requirements, and have an electronics background. Ohms Law was one of the first things I had to learn.

I picked up 2 of the telescopic Beyond Vape Beacons. Blemished discounts for $10 each (reg $65). They had a few other colors for a little more. I wasn’t concerned with color.

Looks like a very nice telemech. Nice material specs.
Haven’t owned a telescopic mech for awhile,
and could use a Red mech for the collection.
Thanks for the link, and enjoy your entry into the mech world.