Anyone else have ideas on how… or what it will be like?

Am curious… China’s doing it good, tracking everyone that’s going out to see who they come in contact with in case there’s another outbreak. I don’t really see that being possible in any other country though.
Didn’t Japan loosen restrictions and got to deal with a 2nd wave of infections? I’m afraid that’ll happen for most countries that want to be too fast to open up again.

They’re actually talking about using an app here too. I think it’s about 50/50 between people that are for and against, but it would definitely be useful to track where infections are coming from in case it’s needed. Makes it easier to deal with the situation. Now everything’s just major chaos.

A lot of my friends are ready to reopen… Im waiting to see what will happen. I sure hope for no “second wave” but I have to admit… there is only so much of my house and yard I can take. Im headed back to the lake property and set up a tent for a couple days, a night or to… just for a change of scenery… Maybe on Monday.

Lucky you that you have a 2nd property and double lucky you that you’re allowed to go…
Plenty people here had the idea to go to their 2nd home at the coast but police are actively sending them back home. Same for the people who have a boat. Stay at home means the same thing for everyone.

They’re actually talking about using an app here too

Yeah, here too, they want it to be voluntary but need at least 60% of the population to install it or it won’t work.
It will warn people if they’ve been in close contact with an infected person.

I think it’s a load of

since hardly anybody has been tested. It looks like they’re putting more effort into getting this app up and running than actually testing people.

No one here is told that… lots of people are on the roads.
I split it with my family but no one else will be there.
Small cabin, with phone and internet… but when I am there… it’s outside lol…

Yeah, here too, they want it to be voluntary but need at least 60% of the population to install it or it won’t work.
It will warn people if they’ve been in close contact with an infected person.

I think it’s a load of

since hardly anybody has been tested. It looks like they’re putting more effort into getting this app up and running than actually testing people.

Issue with that… is how are they going to say you had it or not?
A tracker id/chip?

I know most here in the USA are against all that.

I think the intention is that if you go to hospital, get tested positive, they can trace back who you’ve been in contact with and then curb the spread.
Right now, they have no clue so it spreads like wild fire.

It’ll only work if everybody is tested and they know exactly who’s had it, has it and hasn’t.
They want millions of people to install the app but have tested less than 102.000 people.
That’s why I call BS.

is how are they going to say you had it or not?

By testing the population, so far they are doing a lousy job.

It’ll only work if everybody is tested and they know exactly who’s had it, has it and hasn’t.

And there lays the issue… no one is getting tested unless they are showing signs… at least in the USA… You can have this and never show any signs at all. The numbers are not correct, and unless the force every single person to be tested… who knows?

at least in the USA…

And most other places

Also the death counts will be skewered too…

Have a heart attack and die? covid19
Murder? covid19

As parts of the United States settle in for what may be the worst weeks of their local covid-19 outbreaks, a familiar refrain is sure to emerge. 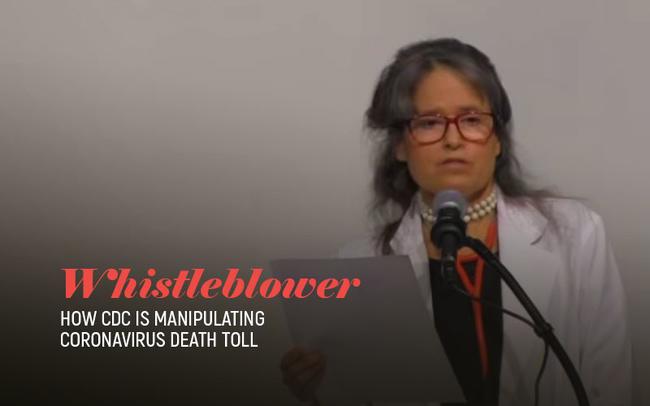 Whistleblower: How CDC Is Manipulating The COVID-19 Death-Toll

A Montana based physician has blown the whistle on how the CDC is exaggerating the COVID-19 death toll by manipulating Coronavirus death certificates...


and more than this site is talking about it…

The question is tho… how to get ready for when everyone is ready to start living again. This is not life.

So what is the real count?

and more than this site is talking about it…

The Zero Hedge link belongs in the conspiracy theory thread. Most of their stuff is just far right nuttery.

Here in Denmark, they’re opening nurseries, kindergartens, schools grade 1-5 and a few last-year students of some other types of schools (a bit older). They start again next monday. They’re currently scrambling to make that happen - more toilets, washing facilities - planning to break up classes into more classrooms - making the small kids play with the same kids etc to minimize spread. There are a lot of things to consider.
Why are they doing this? Because as of now, our healthcare system is coping well, because of our early reactions… They do expect spread of the virus, but they believe that they are doing it in a way that we still cope with it. It’s going to be interesting to see how that works out

Above my pay grade. I’ll just do what they say and whine about it afterwards.

It will be interesting to see what my state will do…
I already know a few that are back in business… so to say… so far they are doing fine.

Idk but someone told me there’s some kind of manifesto out there saying don’t do it, this is the perfect time for a revolt, lol. No one wants to get back to work more than I do but I don’t trust the powers that be.

Did anyone hear about the new strain of ebola outbreak in the Congo? If you have more info please share. Thx. Planet Earth might not be done with us yet.

Seems to be only one case so far…

Congo Was Close to Defeating Ebola. Then One More Case Emerged.

The fight to stop a deadly outbreak of Ebola in the Democratic Republic of Congo has lasted nearly two years. The lessons learned could now apply to combating the coronavirus.

The “good” thing about Ebola, is that you are only contagious when you are very sick.

No, the big problem with Corona is that you’re usually the most contagious in the 3-5 days before you have any symptoms - so you could unintentionally infect large numbers of close contacts.

You missed the joke

Or maybe it was a bad joke