"Save the Children" and Manufacturer/Vendor Marketing Strategies

The “Ample Pixy” RDTA is a cute but funny name for an atty. Makes me think of a big chested pixy.

Shame it looks like a kids toy (minion) and should be banned from this site and all stores before a small child picks it up and hurts themselves. This was in the adults section…I’m a big kid.

If the atty comes with a banana shaped Allen key…I’m sold.

SMH think you missed my point it is bits of kit like this that fuels the save the children from evil vape gear crusade purchasing it or even showing it throws fuel on the fire. Personally I would never even consider buying any vape gear that any child could look at and think it was a toy. Obviously you don’t think the same as me - i will not post here again on the matter. Sorry @andycolins for the derail of your thread.

No. I get your point Woftam. Despicable Me is a children’s animation and the Minion character in it.

I understand that there are products in the vaping market that can be mistaken for a child’s “toy”. I’ve seen superhero themed mech mods that have designs like Captain America, Green Lantern & Batman. I see box & mech mod skins that have generic illustrations of characters or environments; some are fashioned to look like Nintendo controllers, Simpsons characters, even Star Wars. I see regulated devices that look like, to me, straight up toys with certain colors, shapes, & patterns that children may find appealing (I taught Art from pre-k to highschool). So I get it.

However do I still find the product cute - yes. Child-appealing yes. In this unstable time where the vaping market is looking for any excuse to to ban vaping as a whole, will this give people another excuse to say vaping is targeting children. Sure enough. However vaping is for adults, and not children. Illustrations as a whole have been used for decades for advertisements - and a lot of them are “child like” in execution and in style.

One thing I would like to happen is that there’d be, a line drawn in the sand as what constitutes as children friendly illustration and adult illustration in general when the art work is not associated with a specific illustration as well - a generic character for example.

Your avatar on ELR - The monkey from Family Guy - would you say that that illustration child appealing?

I understood what he meant and noted it my comment above.

WOW, come on people this is getting to serious.

Well it is serious. Attys made to look like a popular kids character, flavor companies making their product look like a roll of LifeSavers candy.

It is all fuel for people to take your right to vape away. Do we really need an atty that looks like a minion? Seriously?

Just trying to lighten the mood.

I can’t find the pic I was looking for but it was a real toy of a mod and a baby holding it, now THAT was disgusting. A mod for an adult that likes star wars or minions? to each their own.

They are gonna try and take our shit no matter what we do, we are not fighting against the gov or the media, this is a fight against big money and big money has the cash to do what they want, and they want us to fight amongst ourselves.
we all have different ideas and values. There are people among us that have a child like wonder and awe, that we should covet not destroy.

We love this thing called vaping and most of us here at elr are PASSIONATE about it. So ya it is serious, but not serious enough to brake down one of our sisters. I got serious respect for you bro, I have seen the pics of your family and you loving each other, so I hope this difference in opinion doesn’t make a rift.

@Dan_the_Man I know what picture your referring to of the baby holding it. Also I agree that the FDA & the CPSC have put into motion ways to reign in the vaping industry; be it battery safety, flavors, and marketing/packaging. Being apart of this community, we all have different ideas and values when it comes to certain controversial issues and I respect that and recognize it.

@TheTinMan1 - I saw your comment in my email and I respect your opinion. Like I said before to Woftam and VapeyMama “I understood what he meant and noted it in my comment above”. However, I also stated that there has to be a clear line drawn in the sand for what constitutes as “children’s characters” or “child friendly” cartoons, illustrations, patterns, characters etc. in general - that may or may not be directly derived from a well known Animated movie.

For example - The Solomon RTA Giveaway that many of us entered in including you and VapeyMama. To me, the logo/line work in the atty itself very much resembles a cartoon Lion, resembling the one used in Disney’s The Lion King Broadway advertisement & marketing. However I noticed anyone who entered or tagged me in that Giveaway didn’t have a problem with this particular illustration. What is the difference between this illustration that resembles Disney’s marketing for The Lion King & that of a Cartoon styled Minion from Universal Pictures? Is this to be considered child friendly or a kids character? Or is this clearly advertised to the adult market?

The lion face does not say cartoon to anyone except maybe you. Minions ARE cartoons and the designers of the atty designed it to look like a cartoon character. You need to let this go Leilani, you’re not going to change anyone’s opinion about this atty. Just do what you want to do, buy it or don’t and move on. You’re fighting a battle that no one else is participating in

Noted @Saxonn - As an independent Illustrator & Art Professor I just wanted some clarity on where consumers stood on the matter of what constitutes as child friendly illustrations. This is a discussion we would have frequently in advertising & graphic design courses (which includes characters, designs, illustrations, patterns, colors & typography) in concerns with “target audiences”.

As far as changing opinions - I’ll note I haven’t changed yours, but not everyone.

Ok … here’s the deal. I didn’t want to comment on this post. But I did because I got tired of seeing your arguing with everyone and polluting this post with your page and a half long arguments about how you’re right and everyone else is wrong. I didn’t want to comment on any of your posts, and will not in the future. IT DOESNT MATTER LEILANI . What difference does it make if anyone likes this cartoon atty or not? It has no effect on you or your choices whatsoever. Whatever that other forum is that you belong to, go argue with those folks. You can be Queen Vape there. Ok? I’m done here and as soon as I send this I will block this thread so it will no longer appear in my feed. So feel free to fight this battle that no one else is fighting.
And no one care if you’re an Art Proffesor or not. See it doesn’t matter.

I never said anyone was wrong and that I was right. I just posed some questions for clarification purposes. It appears by the statements made, that a few people care about a cartoon styled/illustrated atty being on the market in concerns with vaping market today, including yourself.

I never saw this as a battle BTW. Just an open conversation where individuals voiced their opinions. Whether you want to make it a “battle” and engage in that way is totally up to you.

Thanks for your commentary and have a great day.

Yikes. In other news here is a rap … I think it’s rap? not sure… lol

If the atty comes with a banana shaped Allen key…I’m sold.

I am a sucker for a banana shaped Allen key…

It is all fuel for people to take your right to vape away. Do we really need an atty that looks like a minion? Seriously?

@TheTinMan1 No we don’t. With a lot of the juices out there with candy/fruity/cereal flavors, are we in more danger with them too ???

@SessionDrummer Until a 2 year old eats it.

I ducked out of the other thread because it was disrespectful to @andycolins since @jojo split it I feel I can weigh in again.

@Leilani avatars, images etc have nothing to do with what I am saying I am not talking about marketing to kids in the slightest

As @VapeyMama said this is an item that can seriously injure a child - sure it is made for adults and targeted at adults but it is dangerous and attractive to kids. 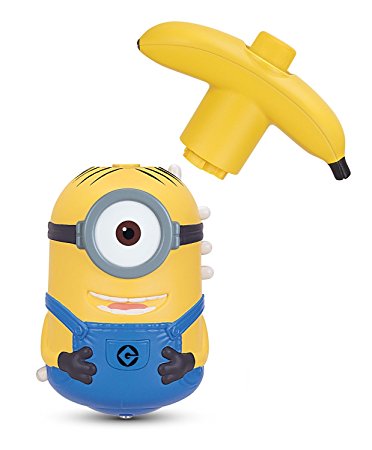 Ample pixy rdta - not a kids toy and dangerous to kids 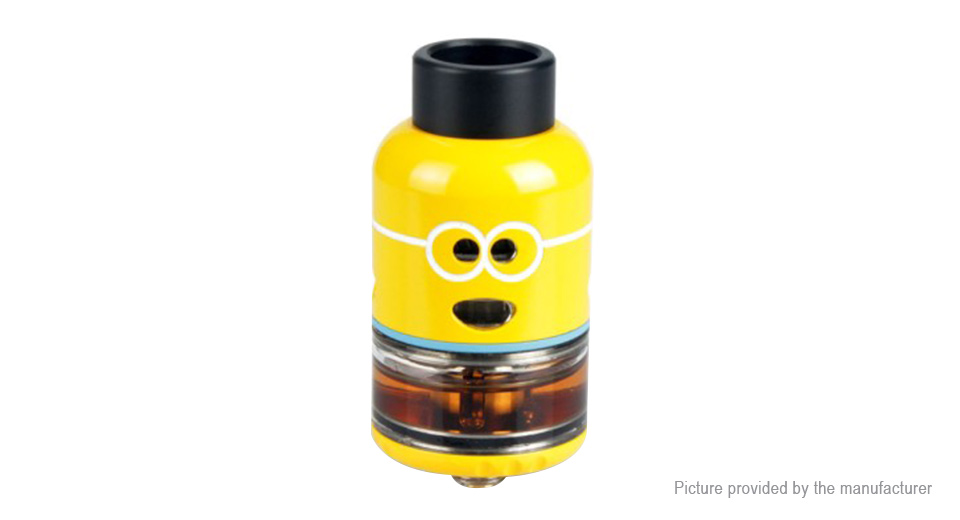 You are telling me this is fine?

I am a Professor of Fuck All but even my feeble mind can see that this is not in the best interests of anyone.

The difference between education and common sense are a million miles apart.