Scrapple and other weird eating ;)

I don’t know if it is a PA Dutch thing or more widely known. But, my Grandmother used to make us fried Scrapple for breakfast. Similar to spam in shape and texture, but probably way more disgusting ingredients! Thank God I was only a kid and never wondered what the hell it was!!! Scrapple, also known by the Pennsylvania Dutch name Pannhaas or "pan rabbit", is traditionally a mush of pork scraps and trimmings combined with cornmeal and wheat flour, often buckwheat flour, and spices. The mush is formed into a semi-solid congealed loaf, and slices of the scrapple are then pan-fried before serving. Scraps of meat left over from butchering, not used or sold elsewhere, were made into scrapple to avoid waste. Scrapple is best known as an American food of the Mid-Atlantic s Scr... 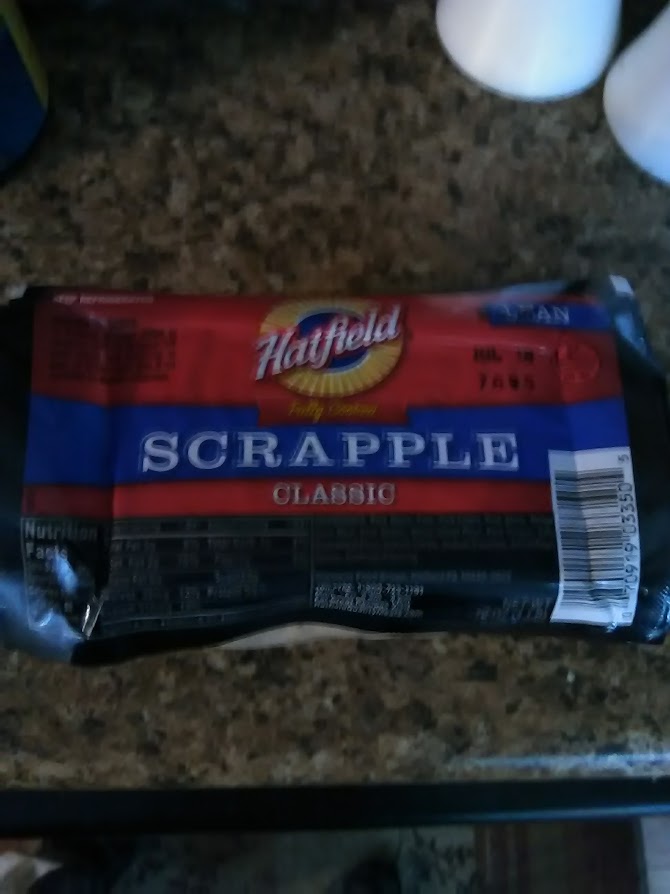 That’s it! How do you cook/eat it?

I had scrapple once and really liked it. I thought it was a New England thing since my ex-grandmother-in-law brought it from Delaware. I wonder if I could order it…

Probably from Hatfield! Or your grocery store can! I loved it as a kid! 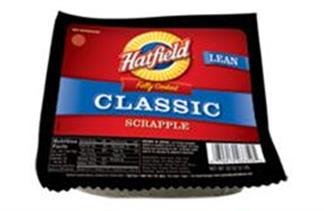 I’m not sure I want to commit to that quantity right off the bat!

If you don’t like it, just throw a party and serve it to your guests!

@VapeyMama, party at my house? Scrapple with Scrabble?

That’s a lot of sausage for you to handle!!

Haha, even though I can generally handle a fair amount of sausage, I think you’re correct!

Eat it using your mouth.

Popular in the south also. My dad grew up eating it and loved it…yuck. I like beef and chicken liver, but that stuff is Nasty!!!

I don’t know if it is a PA Dutch thing or more widely known.

I’m Dutch and I’ve never heard of it, until now, and I wish I hadn’t

Well apparently not only do we have Tax Free Shopping, but also two BIG scrapple brands.

Learn About the World’s #1 Scrapple | RAPA

Learn all about RAPA—the world’s #1 scrapple brand. Also, check out the latest scrapple events and contact us today.

I’ve always leaned towards Rappa, but to some degree Scrapple IS Scrapple. I only eat Habbersett and Rappa, so I cannot comment on Hatfield or any other variants. Because it’s fairly prevalent here, and of course with the Scrapple Festival … http://www.applescrapple.com/
… there’s never a shortage of new ways to try it. My personal favorite is sliced thicker, and deep fried, just like they do at http://guildays.com/

Scrapple is likely in your grocery store, but you just pass it over. Look in the bacon section. The bacon may be responsible for your selective scrapple blindness. Scrapple is all the pork you can’t sell in it’s original form, but fried up crispy it’s tasty with some over medium eggs. Amish or no, meat processors are famous for not wasting edible meatstuffs …hotdogs, bologna, liverwurst, and really all sausage …lest we forget head cheese, tripe, pickled pigs feet, and haggis …and chicken feet

Originally from Maryland but spent lot of time in York County Pa. Scrapple is big in Maryland too. I myself am not a fan but Scrapple was definitely at the breakfast table when I was growing up.

It’s not available locally here! It’s more of an east coast thing. It’s alright, though! I’ll just order a 6 lb supply and then have a lifetime supply of scrapple!