Show some love to @Flavorah
Rules:
Post up what you would tell someone if they inquired about the flavors you are currently vaping. This can be a recipe or thoughts on your favorite Flavorah flavor… If you have never tried any of the flavors, be open and honest and post have not tried and the flavor you would like first…

This is the last contest this weekend. This contest is open to all… Outside of the USA must pay shipping!

Get this done! This ends at 12 NOON tomorrow EST… lickety split, Go! 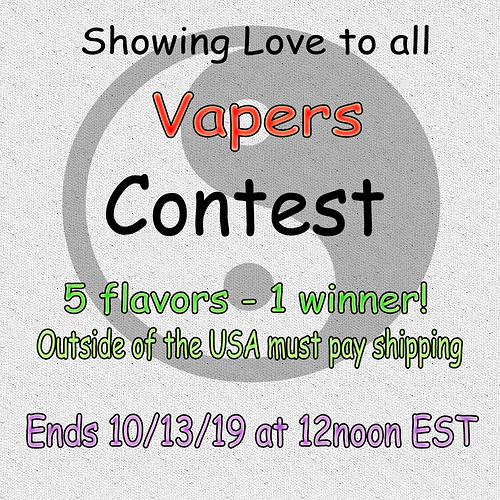 @TamVapes will be closing the contest out… Have fun!!

flavorah flavors use less% than other flavors

Something I made myself. I know what is in it VG/PG Nicotine and using potent food grade flavors without any oil or solvents. Flavorah flavors are highly concentrated and you only need a couple of drops. Milk and Honey is my favorite. I have been vaping it solo.

They seem expensive upfront but you use less overall so in the long run they work out to being cheaper in most instances. Alpine strawberry and smooth vanilla are perfect instances. Very expensive off the bat, but RARELY will you use more than 3 drops in a 30ml bottle

Love my FLV bluebery muffin,& milk and honey & Cream, usually have something steeping with at least one of those flavors, so many more stars too, sweetness,cranberry, omg almost forgot boysenberry(use that stuff in almost all of my dark berry combos

i would tell someone that they are illegal to vape here, then I would go on to some rant about how fucked the flavor ban is…

What I’m vaping now has Flv cream in it. I use this cream more than any other. One flavor I can’t do without!

is this the final?

They are some of the strongest flavors made and Alpine strawberry is a must have!

Thanks for the contest Smoky … and success to everyone else

No brand is perfect, but if I had to drop every brand and keep 1, it would definitely be Flavorah.

No brand is perfect, but if I had to drop every brand and keep 1, it would definitely be Flavorah.

that is not it… I have it in the flv fan group somewhere… let me find it.

Thanks out to @Flavorah and to @anon84779643 for setting this up. Seeing as though we’re talking Flavorah, let’s talk my fav. When having NOT owned any Flavorah, but investigating I heard rave reviews about the Rich Cinnamon, but balked at the high price of it, and held off. Finally made the jump and was blown away by how good and unique the RC was. Still expensive, but it is able to work on about almost ANY environment where you need Cinnamon. No easy task. Spicy, but smooth, rich and creamy, with perfect sweetness, Rich Cinnamon just doesn’t fail to impress. And of course, in keeping with it’s higher price, it’s VERY strong, and literally requires sometimes only ONE drop. Whew, going to go mix some up now I think !!!

I have to agree with @anon28032772. FLV Cream, Custard and Vanilla Pudding take top honors for number of times reordered.

If I was talking to someone new in dark basement where no one could see me in Washington or Oregon I would recommend getting root beer, lime, bubble gum, and marshmallow to start because they are all versatile flavors and have done me very well.

I think you are ready for your trench coat 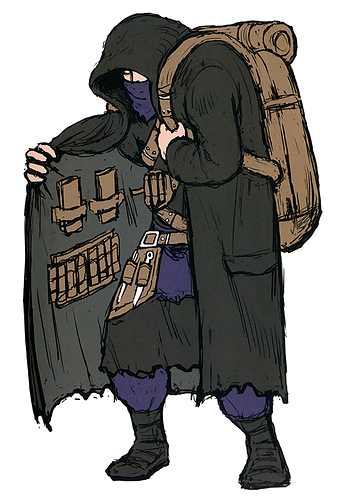 Pink guava for the grapefruit notes and wild melons for a stand alone sweet treat. Thanks FLV & Smoky for the contest!

I was just introduced to Flavorah favors last month and let me just say that I’m falling in love with this company. Started with Sweet Cream, it’s now become a favorite in most of my mixes. Yam! Let me just say Flavorah made a believer out of me with this flavor because I’d been trying for three years to replicate it with no luck until they came into my mixing life. Eggnog, a flavor I’d tried to recreate again for YEARS and Flavorah kicked it out of the ballpark. Just ordered Brie, and waiting for it to arrive because dang it, SmokyBlue said something about it working for cheesecake and now I have to know. Milk and Honey is amazing by Flavorah too and for the first time I can add honey into my recipes without getting that horrible kitty tinkle smell. I am slowly building up my Flavorah arsenal! Can’t wait to see what comes up next. Edited to add I just got the Vanilla Pudding Flavorah in today… and it smells great!

If someone was asking me about flavorah then the first thing I would bring up would be the rich cinnamon, I would wax poetic about it right now too but @SessionDrummer already did it better than I could lol, the cream and frosting are very nice too. Hopefully if I win this I’ll have more flavorah flavors to gush about lol