Pugs!..please can you have a look at that tank i bought off you … its not workin right…
“Thats alright man I told you as soon as the flavour starts to go I’ll either re wick it or re coil it for you no problem,…lets have a look”… 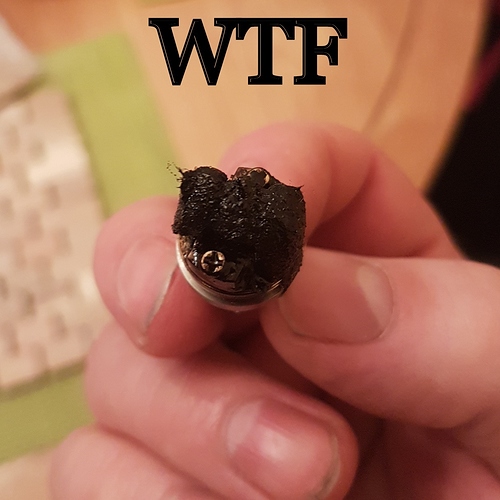 I have seen a lot of nasty stuff during my life, but that thing there gotta take the prize as the ultimate nasty.
Geez, how could that guy even vape on that stuff? Seriously …i just stood there like…“how…what…when…WTF!”

I almost told him to start smoking again…

I screen capped that pic and sent it to a friend of mine who is a vaper and he said as the first thing “that guy needs to get back to smoking”.
I kid you not 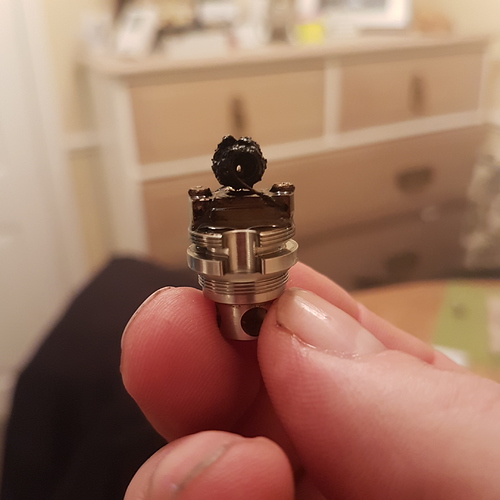 I shouldn’t even hit like on that pic but i did anyway. That is the worst thing i ever seen in vaping this far. That guy must do store bought juice with tons of sweeteners in it.

Nope…my juice…fruit mainly, and i use stevia.
He’s had 1 bottle of a lemon cake…but no added sweetener, just meringue and marshmallow…

For sure and the smoke detector will go off and people will get panic because they think the place is on fire.
Pugs no more Steve in the juice please.

He is starting to smell a bit actually…

Maybe ill stop putting bits of him in the liquids then.

I never quite undetstood why it had be a Steve?

Take a pic of the flames 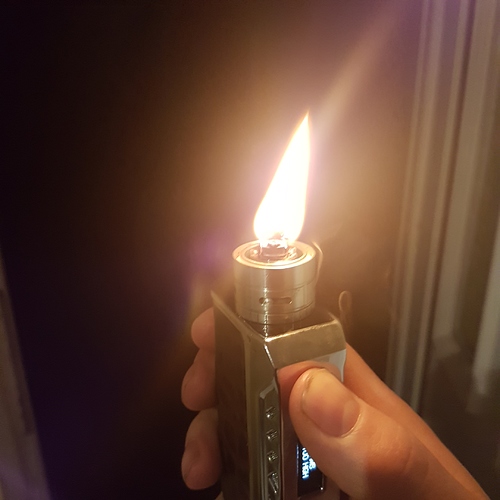