Can any of the knowledgeable humans and aliens on this most excellent sight offer any help locating an authentic or clone spheroid please?

I have two (one in the form of a piccoloid) and the center pin / receiver of the second is screwed up. I’m so frustrated. I see them so infrequently on ecf but usually not in the region I’m in. I’d probably put a looking for ad on there, I don’t think they made the clone of v4 at least. I’d try to get a v4 if possible.

If all else fails you can pick up one of the little gus atomisers, which is similar. The ailos

He has a 16mm mod to go with it too. So almost a piccoloid.

Thanks for a quick reply

So the 510 pin is basically a flathead screw that tapers and it screws into a disk which has been tapped. The screws (I have 2) appear to be ok, but they don’t bite into the tapped hole.

I believe it’s due to things unscrewing on a micro side by side.

I’ve considered whether a very small amount of plumbers tape around the bottom three or two could solve it - but I don’t know know how that would affect the current. Alternately I need to find a slightly bigger screw of this type. Unfortunately the heron screws are very large.

For now the piccoloid is in rotation and the spheroid is just there for backup parts until I get it fixed. It’s a shame because I flooded orders in when gp went out of business but the one thing I didn’t get was spare 510 connector (the full thing). I was going to post a pic of the screw with callipered measurements on ecf to see where maybe we can source a similar thing. I also considered it maybe the aiolos has a similar setup. From the bottom it seems so.

Have you measured the screw? I reckon as a collective the interested community could figure it out

510 pin is basically a flathead screw that tapers and it screws into a disk which has been tapped.

Not unlike the Snapdragon maybe, could you post pic?

I will Measure and take a photo weirdly both the screw and the tapped hole seem fine. I’m not sure why they won’t join properly.

Possibility there was once upon a time an o-ring meant to be there? I’m not familiar with the spheroid anatomy at all, just trying to help and troubleshoot 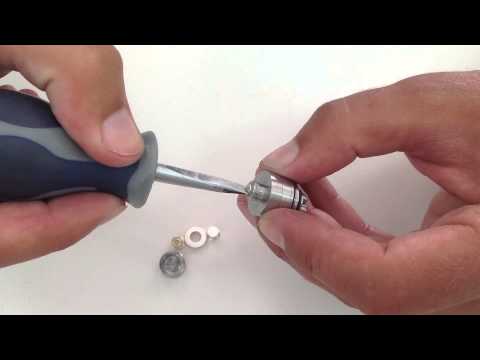 These are the two bare parts that go together. Unfortunately the screw doesn’t bite and just pulls out. Given the screw locks in the lower part of the base this can be problematic even more than for reading. It can cause the tank to fall apart when taking it off.

You can see how small and the shape of the screw 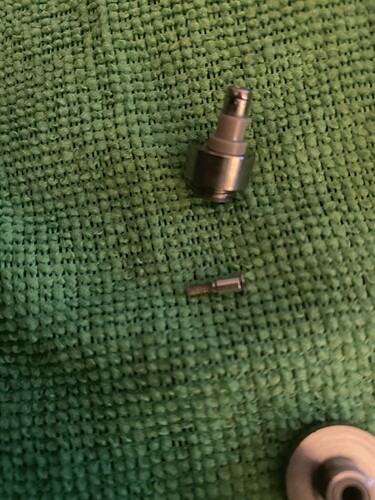 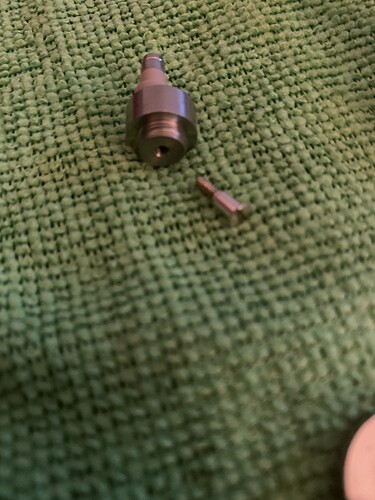 I kind of scraped between the internal threads with a pin and the. Reassembled. It seems to JUST be caching now but one bad unscrew and it’s over again. I need to find a slightly wider vwesion of this. 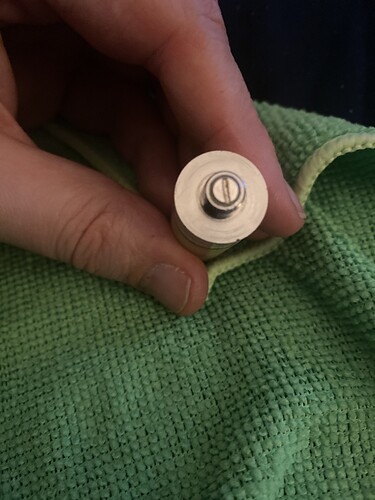 It’s one of my favourite tanks and the piccoloid is amazing for high resistance guides for salts etc. It also make a tonne of vapour at high builds. Weirdly.

Let me brainstorm, I’m certain I have something with a screw like that knocking around

This might be something could remedy with a needle file…

I wondered if maybe another small
Screw had the very end snap off and it’s stuck down there. But it feels smooth when I drag the pin across the bottom and it seems to sit flush so i doubt it.

This probably won’t work but I’d give it a try. Try using a tiny piece of Dental floss, The flat ribbon kind, and place it against one side of the screw thread only and running parallel to the screw. Maybe take that tiny piece of floss and cut it in half long ways. The idea is that some ribbon floss is actually Teflon and might be thin enough to work and it stretches and conforms well. if you wrapped it around the screw thread it would be too thick and would insulate the electrical conductivity which you wouldn’t want to do. To work at all I think the end would have to slightly fold over the tip of the screw in order to even get it started without falling out of place.

Or use a thread locking compound with the following in mind:
-they are liquid chemicals that may leave a persistent taste and/or oder you don’t want
-never use the Red color! That is not meant to ever be removed
-only the green is conductive and meant for electrical connections.
-its expensive and anything other than red and blue are harder to find locally.
-they don’t dry without a close tolerance friction bond of the mated material they’re applied to. i.e. if applied to threads and never screwed in it will remain liquid, unlike a glue.

If I tried the thread locking idea I would use much less than a drop. put a drop on a piece of coated junk mail flyer or paper plate and use a wood toothpick as an applicator.

All that said and I’ll also say that I probably would not try the thread locking compound idea. Too chemically for something you put in your mouth and inhale.

Maybe a go in the ultrasonic cleaner would loose it up

As for the others with thread locker - I won’t do that. The dental Floss is thicker than plumbers tape which I can tear down but honestly finding a version of this screw can’t be THAT hard. I want to see if that solves it first. Maybe it’s so small And delicate the threads degraded. Failing that I’d like to
Find it one size up. I think that’s the fix

Fortunately I have the piccoloid and if nothing else I have enough backup Parts for that to stay viable forever.

Wouldn’t that makes the hole bigger? The screw is falling out basically, it won’t bite - I’m not familiar with these things so maybe I’m off in what I’m thinking that does!

The ultrasonic might just shake out any debris there causing strife, my file idea was in the instance find a close approximation of a screw, then file as required

Also failing that, I don’t know if they’re still active, but you could try asking vapor art on their FB page