Ill look forward to any feedback you have for me.

Do you use the base often ? I was going to use the blue wrench and make a true base but wasn’t sure if you use it that a way and if you do , what % would you use it at ?

I made this after a few renditions in 2015 leading up to christmas, as the Pavlova is a pretty standard Australian Christmas Cake.

The recipe I put on my ELR profile is as is - not a “stone” or “base” so to speak, so it is as it appears to mix up a bottle.

If jigging the concentrates and making a stone, I would use the stone/base at 10% and add fruits on top as appropriate.

There are some commercial juice manufacturers now doing pavlova type flavours, and I am certain they use 1-2% sucralose. For those with a sweet tooth, might want to also add it (but its not my thing).

Nice yep you read my thoughts I’ll go at the standard way was thinking for a stone. I love a good white cake w/ berries vape. Gremlin DIY here in the states makes a fab concentrate that’s called white gremlin and it’s awesome but sometimes you wished for a different accent on it and I feel that the Bavarian cream will enhance the buttery-ness of the frosting ! mmhhh looking forward too it !

Those who wana peek at Rupert’s Pavlova cake here a go ! http://tjek.nu/r/81k4

For those who don’t know what a pavlova is, it is basically a meringue cake that is crisp on the outside, soft and marshmallow in the middle, and topped with heavy creams and fruit 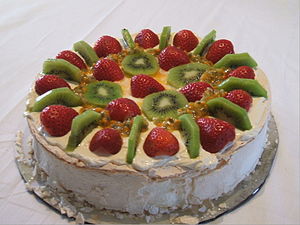 the cream i really fell in love with recently is FW Dulce de Leche - after many mixes with Bavarian, Swirl, TPA VC, Greek Yogurt and few others, DDL has something that immediately clicked with me.
i think my brain recalls the profile was in many of the premium juices i started with … it goes in a lot of my mixes now as support layer or to help bring other creams. 1 or 2% - no peppery tax. not sure if others like it the same way - i really think it deserves few mentions for cream seekers - along with CAP VC1

i never use the dulche, only bc i forget about it im pulling it out as we speak and placing it up front to try on some cream mixes thanks for the reminder