hey guys…for my own benefit, I was hoping you could help me define and clarify a couple terms so I know I, and everyone else, are using the same terminology thus preventing confusion. I feel like I always have to qualify my statements with an explanation in () every time I use these words:

Steeping: To me this has always meant low (temp) and slow heating for a set period of time or desired viscosity. In my mind using the crock pot, candle warmer or USC would be examples of steeping. Now, I come from a culinary background, so I may be applying the term in the wrong context. By the way, I am NOT trying to tell anyone what these things mean, just what they mean to me so I can make sure I am understanding things correctly and adjust my lingo as needed.

Aging/Curing: Long and slow process of simply uncorking the concoction and letting it sit for a period of time in a warm, dry and dark space…such as a cupboard.

Any input is appreciated! I am gaining so much practical knowledge from people on this website, I just want to make sure I am comprehending what is being said.

Aging/Curing: Long and slow process of simply uncorking the concoction and letting it sit for a period of time in a warm, dry and dark space…such as a cupboard.

I don’t ‘uncork’, typically. I do leave my new mixes in a cabinet (room temp) I’ve always called my ‘steeping cabinet’. Guess you are technically right about terminology. I will try to remember and call it my ‘Curing Cabinet’ from now on. 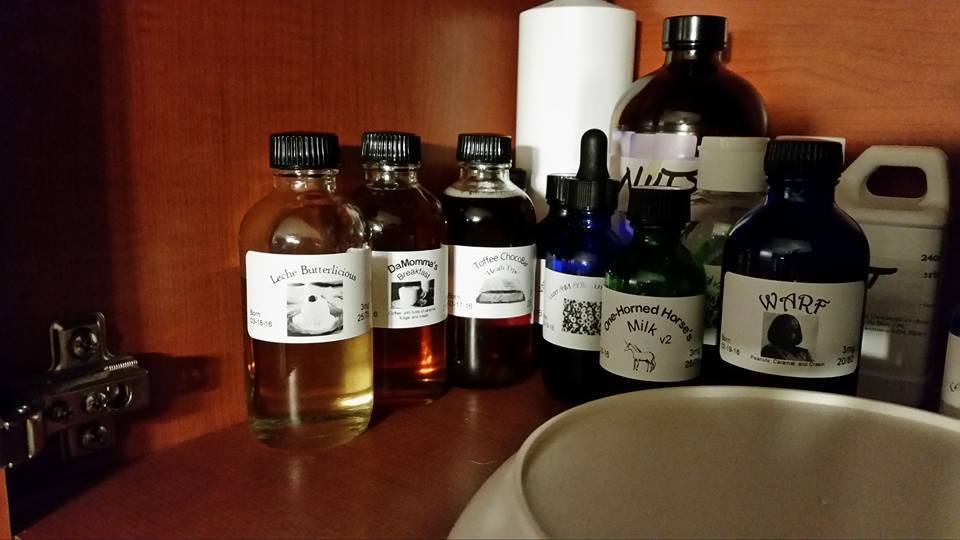 Steeping, aging, and curing are all pretty much used interchangeably. A lot of people aren’t crazy about the term steeping since that isn’t what is going on so they use the word aging (like a fine wine) or curing (like…meat or tobacco I guess?). It’d be great if the community would pick up a variety of terms to mean different things, but I don’t foresee that happening. I think aging is probably the most accurate term, but ‘steeping’ just became what the majority of people use. It’s one of those words that by usage has taken on another meaning. I use the word steeping for the benefit of the masses. My 0.02.

@JoJo - exactly; we use expressions because they’re common, not necessarily because they make any sense. For example, why do we refer to a “hot water heater”? - Hot water doesn’t need heating LOL.

ok…fair enough. I was just thinking in terms of cooking…where we use ‘steeping’ to mean low and slow, steady heating … so that’s accurate, as is the way people are generally using curing and aging. Again, I wasn’t trying to dictate anything to anyone…wanna be clear on that…I just wanted to make sure my burned out, old ass was comprehending stuff:smiling_imp:

Much thanks to you guys that replied. Sounds like we are all more or less on the same page.

@Alisa: you keep your juices corked while aging them? I had always been told to keep the top off and let them vent some of the chemical/perfume notes out and the desired smells/flavors mature. I am going to try it your way and see if more flavor stays in…a lot of recipes are turning out kind of blah

Yes. The only time I ever leave the top off overnight, is when one or more of the flavorings contain a lot of alcohol and its very prevalent.

@Alisa - yes, many flavorings are very volatile, and leaving the cap off overnight can mean a reduction in flavor as a result. What’s the point of spending a lot of money on flavorings if you’re just going to evaporate them into thin air.

@MarkM Normally, I agree with you. But, my experience has found a few flavorings that are chock full of alcohol and when I use them and let the mix ‘breathe’ overnight, the mix turns out much better and the flavor is much much better for me. One example is TFA’s Rainbow Drops . Unvapeable, even after a 10 day ‘cure’ because of how much alcohol is in it. But, I let it ‘breathe’ for 24hrs after mixing and it smooths out and becomes vapeable at that point.

Definitely if there’s a lot of alcohol, let it breathe.

Ya, steeping is what you do with a tea bag in hot water, and not usually used [term] when making ‘sun tea’, although some do call it that. Steeping is generally done in an open container. You could steep your juice recipe by letting it sit in warm water…with the lid off.

Aging or curing is what happens when your juice sits after making,whether you want it to or not. It is also referred to as melding of the flavors. Curing is automatic and can be done in a short time versus aging, which would require more time.
Similar terms are ‘blending’ or ‘maturing’. All/any of this simply to produce a more even and complex flavor.

'Un-corking" would be when you are aging…referred to as ‘breathing’ or ‘letting it breathe’. Breathing is normally a step used to remove any alcohol taste, leaving behind more taste from your flavors at their peak. This is most beneficial with organic flavors where most of them are extracted and suspended in an organic ethyl alcohol base. Breathing is usually done for 12-24 hours the first time, then daily for 5-10 minutes while aging. Always shake well before breathing.

As JoJo YoYo said, the terms are used loosely in the vape world. Usually there is no problem how they are used because they are used in/with some context. Some are offended by improper use, some are not. [Luckily there are no vape snobs here]. It’s similar to the gun forum world, where the words ‘magazine’ and ‘clip’ are used…or any social media where the ‘spelling nazis’ show up.

amen! well I am going to not worry too much about the terminology then, as you said most people use a qualifying sentence somewhere around it anyway. Also I just re-corked all my samples…hope all the goodness didn’t escape. Glad we had this discussion, I was doing that all wrong.

Thanks again for tolerating all my questions folks! I just got some new flavors in from Bull City Vapors (wanted to try another place besides Wizard Labs) and I cannot wait to play with them. Also, Bull’s ships the flavors in their original containers. Wizard’s Lab transfers everything into these wonderful little glass 8mL bottles which I bought dropper tops for. As much as I like the little bottles, I am wondering if they “cut” the juice at all when repackaging. How would I know? So at some point I am going to buy the exact same thing… XYZ flavor originally from XYZ manufacturer and then buy them from Bull’s and Wizard’s and compare them side by side. Bulls was a little more expensive…so…not sure on this one.

Bull City ships super fast too. Great customer service from my own experience as well. I def prefer the original packaging myself.

ps…I do not work for Bull City lol

I actually had my first package from Bull’s take forever, but then the next one was here in like 1/3 the time so I think the USPS dropped the ball on that one. I like Wizard Labs simply because they are in Orlando which is 2 hours North of me…the stuff gets here immediately. I am planning on just driving up next time I do a massive order…

I’ve seen a few threads like this where word choice is brought into question. I even read one on another forum where the poster was just downright hateful and talked to everyone like assholes who used the word “steeping” to refer to the process by which the juice becomes more enjoyable. Ridiculous! With this hobby still being in its infancy, people should feel free to use terminology that best suits them. There is no lexicon or other list of currently accepted e-cig vernacular (well maybe there is, but I don’t know of it or care to read it!) Still how many here don’t know what any of these terms mean?

Hell even numbers, used in mixed company, would make us all seem like a bunch of commies with a secret code. Yet to most of us these numbers mean something the general public doesn’t have a clue about -

Point is, no one is the final authority on terminology. At least not until someone puts out a book on vaping terms, and then only to the limit of that person’s credibility. So who do we elect as the leader of this outfit? No one. For that reason, if someone says they’re steeping their juice, then why think to yourself that they are incorrectly referring to what happens in the bottle or jar? You know what they mean…is that not enough?

well…we know what you are talking about with most of those…but as for WHAT the 510 in threading actually refers to, I’m the first to say I have no idea…nor the 18650 on my very batteries. I think it’s most important that we know what each other is saying/referring to…no matter what the word. I feel like that is accomplished in here as everyone usually qualifies their statements when they use acronyms or numerical designations.

Ya, we wouldn’t want to be group accused of antidisestablishmentarianism…
even if we do have hippopotomonstrosesquippedaliophobia, that’s for sure.

Leave it to the NERD to school us!!! lol Love me some Pattie!