Thoughts on someone taking recipes from others and turning a profit

Good day folks. I came across an individuals post on facebook and noticed he has quite a few recipes he is turning a profit on. I asked him in particular due to seeing one of my recipes in his screenshots, he never responded to my question to see the recipe so my suspicion can be squashed. Now it has turned out that he also has blocked me, funny I know. I see quite a few DIY or Die recipes, Bombies nana cream, and quite a few others. So let me ask you, the forum members, what is your thoughts on this?

is he selling all these as if they are his own creations then?

That is what it seems, no recognition to the original creator or anything in those lines. I have screenshots of all the recipes as well as a leading comment.

well that just rude! is it mixed juices being sold or just the flavours needed to make them? If the person is selling Waynes stuff as their own wayne will want to know.

It is mixed juices from what I saw.

I also sent Wayne a pm so when he does happen to see it he will know.

If it was just a three or four flavor recipe then it’s possible the person stumbled upon something decent by trial and error. The fact that they blocked you hints at a guilty conscience though?

I can if people request specific ones. I dont know if the guy has an account on ELR, and most of the recipes he has are from a group I admin on facebook, specifically for recipes that we create on our own.

this discussion is becoming more popular by the week and at first i thought man that messed up , and i still feel that way but here is the thing you published it on a website for free so its fair game and nothing to do or complain about if its something that bothers a person because they feel that the money should go to them then sell it your self , but the thing about it is yes its screwed up because these are supposed to be free im jus t personally over it , and the topic just my 2 cents

I think it’s been discussed before, here as well:

Just found my Kustard being sold as a recipe pack on an Australian site :slight_smile: Flattering..... but would have been nice to have been asked. At least I was credited. Might be worth a look to see if yours is there too..... (@Alisa @thirdworldorder ....) http://www.sydneyvapour.com.au/recipe-clone-packs

And touched on here:

Ethics of selling other peoples blends The Pub

Hey guys, I've been struggling trying to figure out where to draw the line between an original blend and an adapted blend. I sell e juice at a very cheap price locally, I cover my costs and have enough to reinvest to get more flavours etc, I really don't take any profit. I'm just providing a service as a hobby, and to cover my vaping. I vape pretty much every recipe I find interesting on here, mainly for inspiration. But some of the recipes I find on here are simply amazing, and I would like t…

If it’s a new vendor, by all means let @Wayne_Walker know

That is fine honestly, and I realize the standards, I just wanted opinions and to make it aware to others, and I know it is nothing new, I see it on occasion. All this is is informational, nothing more than that.

I will be doing this as well, thank you for your input I appreciate it.

Unfortunately it is not a vendor, it is an individual that sells out of his home. But Wayne was informed regardless so I await his response.

Have you purchased from the guy who sells out of his home? I’m just wondering how you know the recipes he sells aren’t his own blends. I think calling the FDA to bust some guy is pretty fucking low by the way… just my opinion 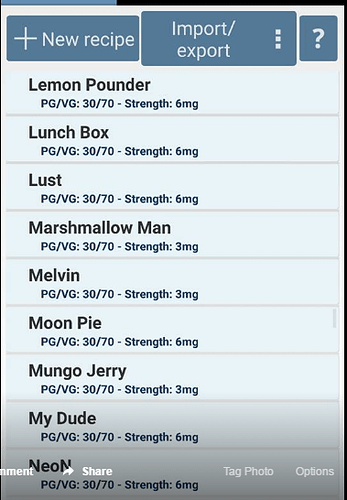 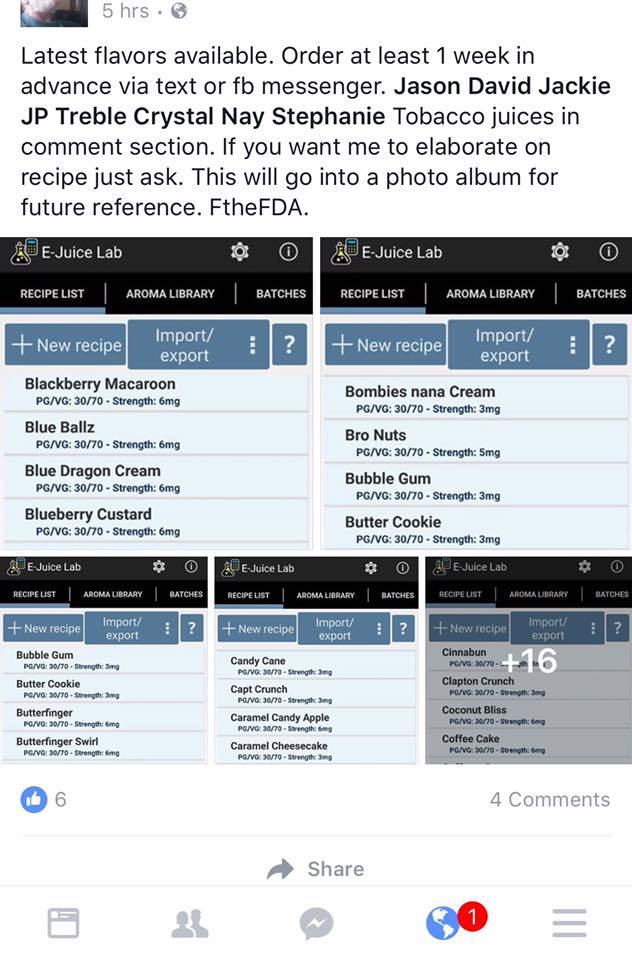 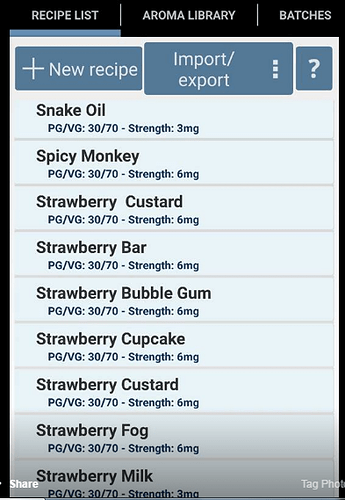 Just to name a few and a screenshot of his post, hell even not charles mansons strawberry bar is in there.

It’s one of those murky things though. How can anyone prove that he stole the recipe, not just the name? What recourse does anyone have if they didn’t trademark the name? Hypothetically, Kemps might have the trademark on Strawberry Milk, Charles Manson could sue for using his name without permission. What recourse would a DIY e-juice mixer have?

As a safe habit, I’m always weary about publicly posting recipes, until either I know they are good to go or if I don’t want someone to rip it off. What can I really do against someone copying a peanut butter ice cream recipe that I made. I can’t copyright a recipe.

What can be done?

I still publish all my recipes regardless though hahaha

So do I, in the hopes that someone enjoys it as much as I, but this is just shady in general.