Unbelievably, I tried a mix I’ve had in the cupboard for 4 months last night and actually liked it.

The only thing I put in the liquid back then was VG/PG and Tiramisu @ around 6% I guess it would’ve been: tasted it fresh, disgusting like always - back of the cupboard for some time when I’m reaaally desperate for juice.

Fast forward about a month ago I finally had sucralose in the last order and added a few drops of that - probably 5 or 6 in the 30mL bottle since I was hoping to mute some of that awful tiramisu flavouring with sweetness.

Still terrible - back in the cupboard again.

Last night I figure I’ll give it a go as a break from the Arab Blend Tobacco and Mango & Ice-cream I’ve been alternating between.

First hit - bracing myself for the awfulness - the awful didn’t come.

Instead, I got a strong, sweet coffee hmm.

Second and third hits onwards I actually got the faintest hint of bitter chocolate on exhale.

Then I thought to myself, "Coffee… it’s a coffee juice" and realized that if I stop thinking of it as a dessert and - more importantly - stop expecting the fucking inexpressably delicious taste of a dessert that’s arguably one of the finest desserts the human race has ever managed, if I lower my expectations from that to a simple coffee flavour then TFA isn’t the devil it’s always been.

Of course it took a fn long, loooong time to steep and I don’t even know at what point it went from disgusting to good, but it did.

What are you laughing at @Sprkslfly it’s true!

is TFA FA ? that is all BCF haass.

Nooo The Flavor Apprentice - aka: TPA

But I think we’r all might just be expecting too much by comparing it to the infamously good dessert itself.

oh, well, FA was all they had.

That’s probably an awesomely faithful tiramisu though, not a despised flavour like the TFA/TPA version.

Still, all versions should be high in coffee flavour and probably replicate coffee better than the actual coffee flavoured concentrates

This recipe was created by Head In Clouds. For those who don’t know, he/she (I really don’t know) was into FA the way Smoky Blue is into FLV. He created tons of recipes, sold some of them and put many more up for free. There’s even a guide from about 4 years ago which I still use. It’s hosted here on MamaJ’s site, a now defunct company run by wllmc, the creator of Game Over Custard and he now works at BCF. 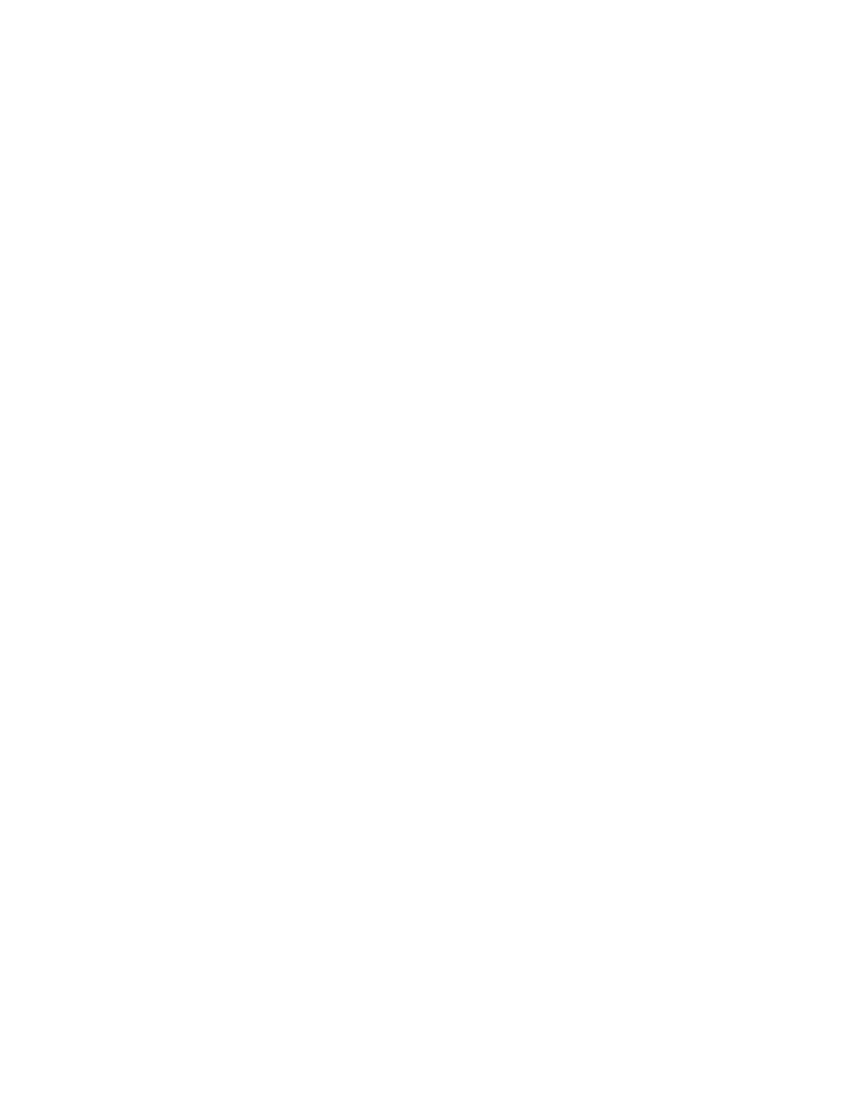 HIC's My Notes on FlavourArt

Also called Menthol Arctic, this is just a menthol avor. 0.5% adds a little cool menthol to a recipe. 1% or more adds clear menthol avor. It seems the sam

This recipe is the oldest of my 5 Star recipes from Dec 2016. I’m vaping it right now. I just got some Inw Tiramisu and I’m going to give it a try soon.

People love this custard by wllmc. 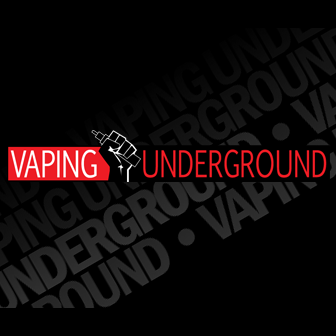 Mama J's Game Over Custard ....... the official thread by wllmc

Oh yeah that's right. against my better judgment and my better half glaring me down Im going to go ahead and share it. I get asked about it a lot and Ive been holding out but I got to thinking how unfair for everyone that loves it as much as I do....

is TFA FA ? that is all BCF haass.

This one: most globally hated flavour I’ve ever seen bitched about online… 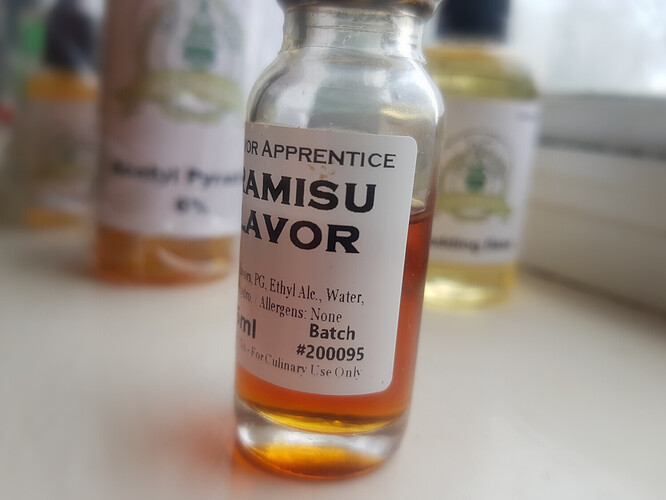 Note, how after owning for over 3 years the bottle is still 2/3rds full, because it’s like 100% pure off note in a bottle and nobody likes it.

The ugliest duckling in a pond full of ugly ducklings.

Incidentally, now I’ve got a choice of several creams plus the Fresh Milk, I’m going to cut that 4-month-old bottle of Tiramisu into multiple smaller mixes and try various combinations of the creams and milk until I get to a genuinely realistic tasting latte.

Though the steeped Tiramisu is excellent as a realistic tasting coffee as stated in the first post I’ve never had any decent dairy flavours and didn’t have any dairy when I mixed that 4 months ago.

Course I’m a (generally) normal human being who has both milk and sugar in my coffee, so adding the right milk flavours will finish off that mix beautifully…

And The Flavor Apprentice’s awful Tiramisu can finally have a legitimate use woo!

Somebody has GOTTA fix that shit: there’s no reason whatsoever why we should have a cap imposed on editing our existing posts: I would fully expect there to be a limit on how many new posts users can create each day, but not on editing our mistakes/typoes/grammar/spelling.

I’m going to cut that 4-month-old bottle of Tiramisu into multiple smaller mixes and try various combinations of the creams and milk until I get to a genuinely realistic tasting latte.

if it where me = i would use and enjoy that as is. make another bottle of it. then make small testers of other things with it. just say’n

But I enjoy coffee with milk much more than black coffee

But also, you’re right unsafety I should toss the rest in done VG now for 4-6 months time

But I enjoy coffee with milk much more than black coffee

as do i. but there is no guarantee that your concoctions will pan out. and if they don’t, you will be wasting good juice. make another bottle of that, and then testers and get more of that flavor.

I will suck-out 5mL and experiment with that, then if that works duplicate those additions in the rest of the bottle, which is only 30mL anyhoo so it’s not a huge bottle full.

And get a 200mL bottle of VG tomorrow to get the next four month long steep started.

Somebody has GOTTA fix that shit:

Dude there’s a long list of shit to be fixed on ELR. Don’t hold your breath waiting for anything.

What are you laughing at

There’s a lot of flavors that can fall under that umbrella if folks would add one or two additional steps to their process.

Taking someone’s word for what to start with is great. But it’s still reliant upon how it interacts with their body.
People often don’t put enough weight on just how important that can be.

Again. What you have out of the bottle may not be the “end experience”!

There’s many who enjoy the freshly mixed taste. And that’s fine. But many times, especially with the more complex a flavor is, the longer it needs to come to fruition.

I laughed for several reasons:

And lastly, the tone/inflection my mind automatically added to the “what? It’s true!” comment.

Now I should thank you for the genuine smile you’ve put on my mug. /grin

Amazing how much fun such a “simple” post (yours) can generate!

FA was all they had.

For the record, older vendors may list FA Tiramisu as “Booster” (without mentioning Tiramisu).

But I think we’r all might just be expecting too much by comparing it to the infamously good dessert itself.

good point. What we need to make a decent tiramisu vape is Mascarpone. I’m pretty sure Flv has a cheese that works in it’s place but I can’t remember which cheese. Hopefully, someone knows and will post it.

good point. What we need to make a decent tiramisu vape is Mascarpone. I’m pretty sure Flv has a cheese that works in it’s place but I can’t remember which cheese. Hopefully, someone knows and will post it.

I have never, ever got even a hint of any kind of cream cheese from TFA Tiramisu either - no matter what % or steep time I’ve tried it at.

In fact, like most people I’d just figured the flavour was completely useless until I forgot I’d even mixed it a few days ago after that four month steep, then got it out to try, and had I been thinking "Rich, creamy chocolate & coffee dessert with thick creamy cheese, I would’ve just tossed it back in the cupboard.

But because I got another terrible coffee flavour recently enough for it to still be in memory, I re-prepared my brain/taste-buds for the second hit and set them to ‘coffee’ and was surprised to discover that steeped juice tasted more on-point as coffee than even the commercial coffee juices I’ve tried.