So I saw a few of us reviewers received a care package from Liquid Barn a while back, but I never got mine?
I wasn’t really bothered but today they made up for it with the most amazing vape gear ever!! 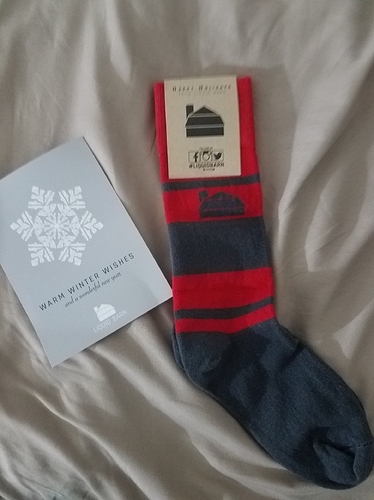 Now if only I could find the right percentage

Socks with a Liquid Barn logo? …wouldn’t condoms have been more appropriate?

Why does everyone have a hard time finding the percentage?? Check the side of the label for goodness sake! 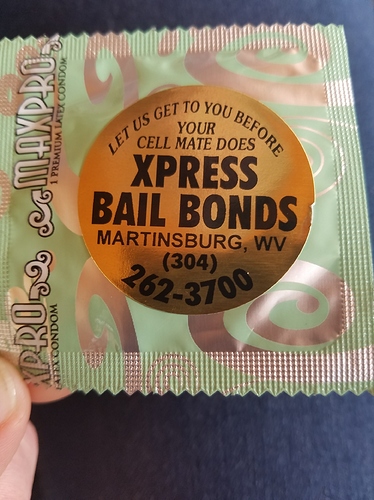 I agree, this is simple.
It is a 1:1 ratio, but in pairs.[physics]
It is BEST as a S-N-V
Unlike most, the longer it ages, the worse it gets.

J, those will give you great support…on those 70+ hour shifts.

Hehe, I never wear socks, unless I am at work…which I am no longer, so I stand by my first comment

You and the entire city of Sarasota

…and no I don’t mean the socks either

unless I am at work…which

I’m jealous! FL!! I’ll be in Key West for a week in February

I am no where near Key West lol that would be lovely I am in Northern central FL = land locked swamp lol seriously gator country. Next week I’ll be at the beach thou in St. Pete hoping it’ll be nice weather we’re having a balmy cool front 53 F oh my I put on long pants but still have the flip flops on

I hope you enjoy your time in Key West.

I’m out on the islands around Gasparilla and I must say, it’s really damn cold right now! This is the first time I have had to wear a jacket, long sleeves and shoes since I’ve moved here…
I am officially a sissy floridian now. Grew up in Chicago, where I am used to being in a -15° winter, but now if the needle drops below 70°…it’s freezing!!! Lol

We are so close!!! We could break ELR by doing a sister & brother collaboration!! lol

I know it and I’ve been racking my brain to see if I can get some downtime while there…it is for work of course. When I get my schedule i’ll hit ya up and see ! of course I don’t have all my flavors but you have more than enough to choke a horse !

I know what you mean Floridians do not want to come out of their shorts and flip flops it pisses them off. I on the other hand do miss the snow and rain of the PNW it’s calling me to come back and I feel I may have to answer that call here soon !

you have more than enough to choke a horse

I just shot my coffee from my nose, haha.

Hmmm… maybe we aren’t long lost siblings after all!! YUCK!! After 40 years of harsh winters, I don’t even want to see snow on TV!!! I won’t be here for next season and it is looking like I will be headed to TN. I never in a million years would of thought I would be living in TN. There isn’t anything wrong with it, it just is a place that has never been on my radar before. I have had enough of this con-artist filled state!!