Too much sweetener?
If so try Ricks Sugar Daddy sweetener.
It doesn’t gunk my coils

@JiM210 i am. usuallly run wide open on all my tanks. Just last night I drilled five (small) holes in the pulse AOI mag door now the flavor is bitchin’! I might have misspoke aboout .
I’m literally using the dead rabbit right now w/ a new recipe i threw together
“pinky swear” it’s rice crispy, marshmallow, sweet cream, strawberry, cotton candy, with a new coil.
I made sure to do it perfect and now it’s running right. I think you have to be exact with that coil like can’t be a little bit up or a little bit down it says that in the instructions too lol. I just happened to read that post after having 3 bad coil runs in a row. 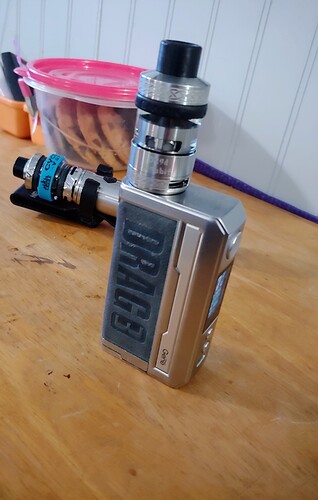 @Pastorfuzz just two days ago I got an order from DIY flavours… Rick’s sugar daddy was in the order .I didn’t realize it was based in VG, it’s fantastic so far it tastes great definitely different then the flavor West I’ve been using

So the real flavor pink candy extract (SC) is quite delicious w/ the real flavor strawberry… The extract almost has an essence of wonder flavors vanilla cream extra it’s weird but weirdly good… That much closer in my quest I won’t give up!
I also wanted to try the croissant from wonder flavors. Put some golden butter and TFA chocolate… Without a steep it’s not too bad like a nice flaky chocolate croissant smeared in butter MMM

Just another fasttech order… I’m kind of peeved, I just realized I could have got the Aegis Max 2 for much cheaper with the whole kit. I wonder if I can cancel that order? 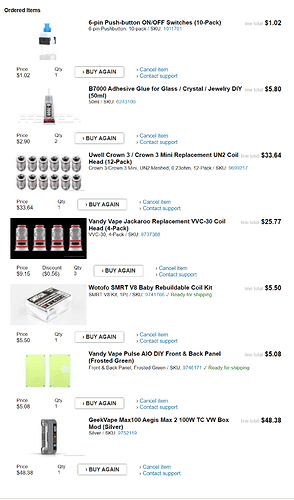 Thanks for the info. I didn’t know there was an other sweeter,

Crown 3 coils! People who loved that tank seemed to really love it. I got one way late. Only reason I got one was because Eightvape had a huge Thanksgiving/BF sale. Factory coils for Nunchaku, Crown 3, and a bunch more were like one or two bucks a pack. I got a bunch of em but don’t use much subohm tank stuff anymore.

I remember finding Sense Screen coils for fifty cents a pack at… I don’t remember, E-liquid steals maybe? The cheapest I ever got coil packs was from Eightvape (again). They had Uwell Rafael coils (4 per tube), for ten cents. Fifteen/twenty bucks was like ordering a lifetime supply

. Each coil came with a little silicon sleeve on them. I found out that they work perfectly on some of my 510 drip tips as dust or debris covers.

I have two of them and I still use them daily I don’t even know how long probably six years or so I I just think they have the best flavor out of any tank I’ve ever tried but that also includes the crown 5 which is even better not one single drop over say a month’s time and I used one coil I just changed it yesterday it was dated 5/17 so more than a month… And I really didn’t even need to change it I just did because it was ”like coil changing day” but yeah the crown 3 has been my rock I found if you take a little bit of the smrt cotton leftovers about a the width of the hole in the crown three coil and put it in there it stops the leak. Totally worth it because they last at least a month

One of my Beadalon nylon pliers came today. 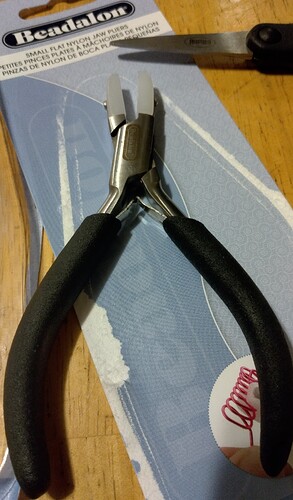 I totally forgot I even ordered this: 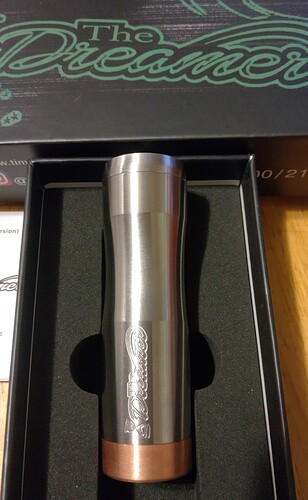 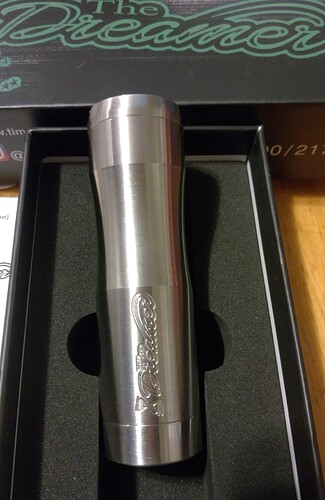 . I’ve switched buttons and tops around on mechs before. I’d prefer the whole mod to be sold as one color though. 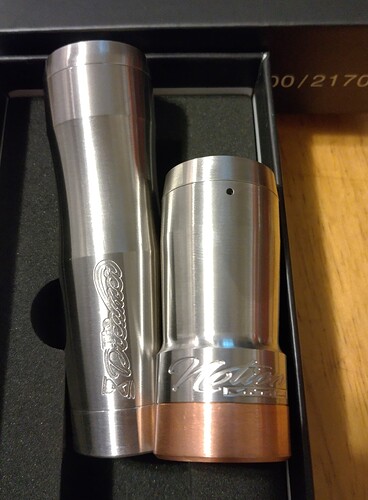 What are these for I’m guessing coiling or building? Are they flush cut or do they have like a square to them I couldn’t tell I just got a pair of crescent flush cut and real thin needle nose man what a nice pair of flush cuts can do!
Ed it wait sorry now I see it I couldn’t tell the color difference that’s great those are good for so many things 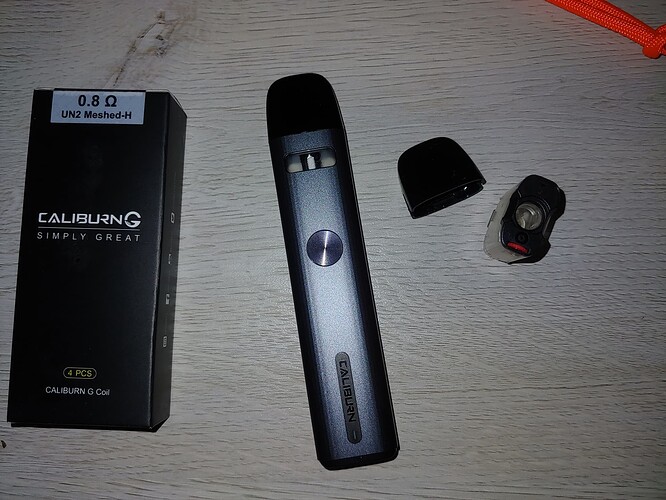 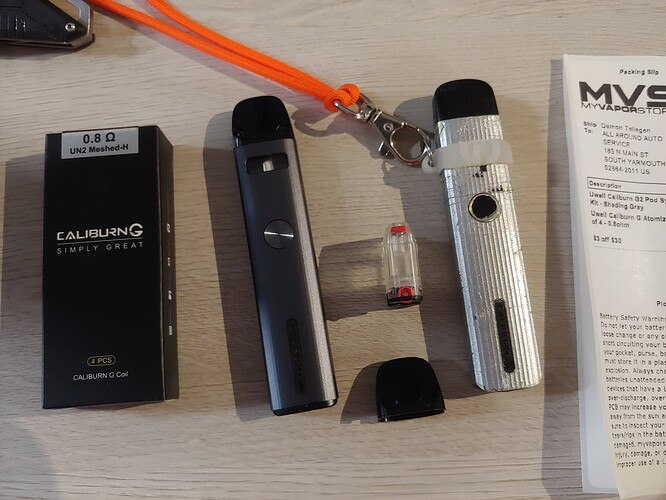 Oh oh! Just went upstairs found that my myvaporstore.com was here… Nothing like paying extra money for adult signature when nobody was here to sign for it…anywho
I accidentally bought the G2 pods from fast tech .
The G2 pod while taking the same coil as the G. the pod is totally different size and magnetic with its own air flow at the bottom. Thank God they updated the mouthpiece too it was awful. I really like this shading Gray, UWELL is NOT known for their color schemes but this is sleek.

They’re for keeping flat wires flat. I mainly make and use staggered fused claptons. When there’s more than two cores, they want to collapse during fusing. I’ll go a ways, and pinch the wire(s) flat. The nylon tips don’t damage anything. Steel pliers can leave marks. Here’s a set of coils for reference: 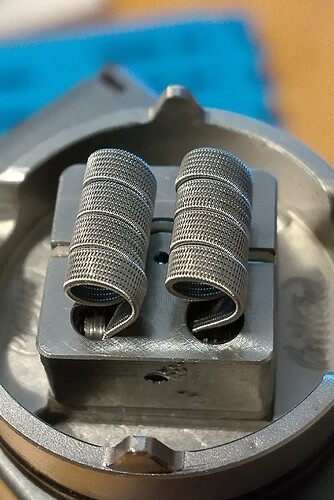 In addition to using nylon pliers, I usually roll over the wire with a scale weight. It helps keep everything nice and flat. I forgot to roll over the ones in the photo. If you look closely you can kind of see a spot where it could’ve used it. It’s on the right coil, second wrap from the top. They want to create a W shape almost. 32ga anything is already pretty thin (for core wires), but N90 is an especially soft/flimsy wire.

Well they look amazing imperfect or not damn thing looks like my Carhartt belt. Wow you make that I can make twisted wire…

Once I looked closer at the picture I realized exactly what that was I have a whole bag of these inserts being automotive tech for 20 years it’s like I got things I don’t even remember I have. Those ones look nice though because the inserts are outserts slide ons always fall off.
Anyway I admire your coil making ability someday I’ll get into that but braided from WOTOFO like the 10 pack of them. That was the last complicated I guess coil I tried to use not make the braided ones were a pain in the ass though because they would pray at the end with a thousand little wires and you can’t get it through the hole. I just haven’t had good luck with coiling smrt dead rabbit and you UWELL it is!
Just got the caliburn-G2 today it’s actually really really good 10 times better than the original. Feels like it’s almost like a medium mod with the air dial

I pretty much did that with all my favorites, Steam Crave, my Wotofo attys. Can’t hurt to have spares

Can’t hurt to have spares

I’ve done exactly the same with my Blotto Mini’s, I have ten now in total. I have yet to find another RTA to rival it as it suits my kind of vape perfectly. I keep saying no more but then I see another one going cheap and buy it

I have ten now in total.

Some people might think you’re nuts but I don’t

. I usually get multiples of the atomizers I really like. Sometimes I just want to collect different colors, but it’s a good idea to be prepared. I see lots of posts on other forums like this: “Where can I find another _______? I’ve been using it for years, but now it’s broke. I can’t find another anywhere!”

I’ve gone a bit nuts with Elder Dragons. I have 8 or 9 of them that have been used or have just been opened. I also have some that haven’t been opened yet. These are all still shrink wrapped 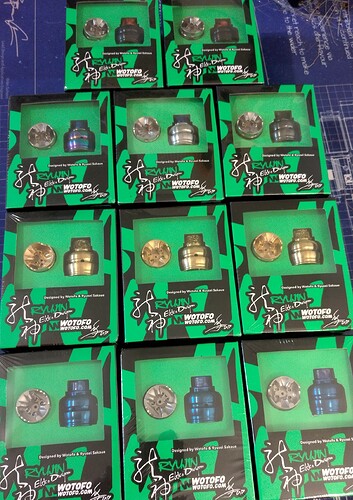