Watch this documentary to understand better whats behind FDA

The superrich running this planet already stated that in their perfect world view the ideal population of the world would be no more than a half a billion people. That means there is a surplus of 6.5 billion people that they have to get rid off.
They used to need lots of us to get the labour done but they’ve got machines taking our place now so we’re superfluous.
War, disease and abject poverty are a great way to purge this planet of surplus eaters.

Its all scare mongering for the people.
We need to free our minds and look away from our surroundings to see what we are missing.

If you cant put everyone in a cell, create virtual cells in society.

We are slaves to our own inability to NOT look away.

I appreciate you posting this video , I just wish I had a way to get everyone to watch it. It explains in great detail why the FDA will not back down from the current regulations and shows us exactly how much they actually care about our health.

This is something every american should see.

So FDA is not only depraving Vape shops from saying things to their customers and educate them about the things they buy, it is more wide spread then that and has been going on for a really long time.
What i did learn from seeing this is that FDA is one the most corrupt government institutions there is on American soil and that they only have Big Pharmas interest as a main focus, or Big Tobacco or Big whatever that can give them the power and funds they need to operate outside american law and continue to kill american citizens.

And furthermore this documentary tells me that the fight against FDA for the vaping community has a slim to none chance of success considering how FDA not obey by any rules what so ever.
Personally i hope that i am wrong and all that these organizations are doing for vaping has an effect and that they will win over the FDA.

All I can say is Wow…what an eye opener. This just goes to show that the vape industry is more than likely fighting a battle that is already lost. If the FDA can get away with the things in the video, this proves that our entire government is corrupt. Our constitution states that our government is supposed to be run by three branches, which are Executive, Legislative, and Judicial, which are supposed to be run as a checks and balance against each other so that no individual or group receives to much power. So in my eyes, if the FDA is as corrupt as this video portrays it to be, then the rest of the government is right there with it because they are not holding it in check like they are supposed to be.

Chances are high that vaping simply has no place in the globalized world agenda which USA and European Union are binded under the ruling of that fu***ing illuminati elite.

IMHO, the FDA along with other government officials from around the world see just how much money the vaping industry has made over the last decade and they are upset because they didn’t get a piece of the pie…or should I say the whole pie, because that is what they really want.

And by the way, Olimpic Games at Rio de Janeiro ended up without one single case of Zika infection.

Remember the fears campaingned by media about it?

Read this article to know what the heck is Zika and how dangerous it is for you. 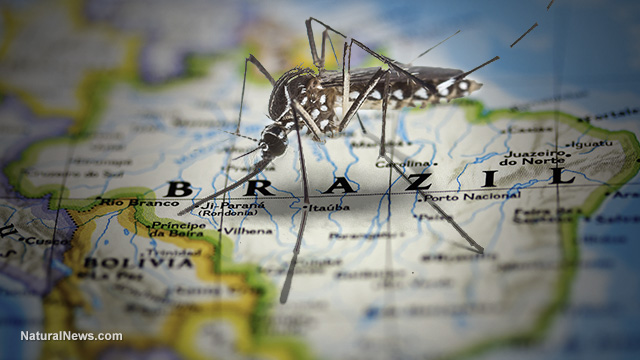 This is a truly frightening and eye-opening documentary. It’s just plain scary knowing that your government could care less about your health and well-being. It’s all about power and money with no regard for anything else.

It’s all about power and money with no regard for anything else.

Yes, the FDA is too big and overstepping their power… however, for dietary supplements like vitamins (which is what the video focuses on for a bit), I think some regulation is a good thing. There have been cases where supplements didn’t contain what the label says, or the amounts were completely wrong.

I’m not saying the FDA can do no wrong and should be able to do what they want, but we’re stuck in a place where we can’t trust them to do what should actually be done. They’ve been corrupted by money and will never have our best interests as any kind of priority.

Read this article to know what the heck is Zika and how dangerous it is for you.http://www.naturalnews.com/054882_Zika_hoax_brain_defects_larvicide_chemicals.html

“Never let a crisis go to waste” is the new norm they use to get the approval and funding to do anything. The elitist now have a propaganda machine that appears to be unstoppable I am afraid.We can no longer rely on any mainstream media for truth in reporting.

At 28:25 Jonathan V. Wright, M.D., N.D. makes a statement about the work of Royal Rife and successful cancer treatment. Having lost a child to cancer, I’m extremely cognizant anytime this issue is brought up, and my wife and me firmly believe there is a cure for the disease but it’s been suppressed. And for all the same reasons I believe the FDA deemed e-cigs a tobacco product. Money is at the heart of it. I figure regardless of how government or any agency spins it, the clear motivation of protecting the flow of money is the only factor influencing the decisions of the FDA and 99.999% of government in general. It gives me a knot in the pit of my stomach to think about this, and just how willing the players are to let innocent people die to protect their interests.

Ok, back to the subject at hand. Thanks for posting this @miguelcortereal I know it’s in another thread too but I just decided to comment here. There are many, many other similar resources available that can expose the outright corruption and tyranny of the US government. Unfortunately they usually just get labeled as fear mongers and wacked out conspiracy theorists.

Unfortunately they usually just get labeled as fear mongers and wacked out conspiracy theorists.

It’s strange how that is all panning out. A few years ago anybody who said all of our texts, emails, phone calls, etc… were being collected and any microphones/cameras in our devices could be remotely activated would be considered a nut job… Now, well…

And the Zika story continues: http://healthimpactnews.com/2016/zika-a-masterpiece-of-public-mind-control/

It’s not just about money and power it’s about control, without control their infrastructure would crumble, simply disconnect, worrying about what they are doing is just another form of control, you can’t stop them as an individual but if everyone United… Well… Let’s just say our true power would shine, it won’t ever happen though because they already have us divided / stressed / worried / occupied, free yourself, step outside the box and take a long hard look at reality, then quickly turn your attention to this beautiful world we live in and blow a huge cloud into the sky

There are so many things around FDA approval. The question is you can’t really depend on the approval of products because after watching this documentary things feel a little fishy. Do they really care about their health? Now the decisions are being made depending on what supports their academic needs and their financial needs so the approval of products may or may not be safe, who really cares in the FDA? They also say that they do not have qualified people to do the research then why we need FDA approved things when actually the research being conducted by them says that certain products are not good for humans and still they approve it. It’s a sad reality.