What's your weirdest most regretted flavors you've ever bought?

I have more odd flavors that especially for a beginner I KNOW I will never use or even have a clue how to either.,what’s yours? The ones you just know you’ll never use just bought impulsively? 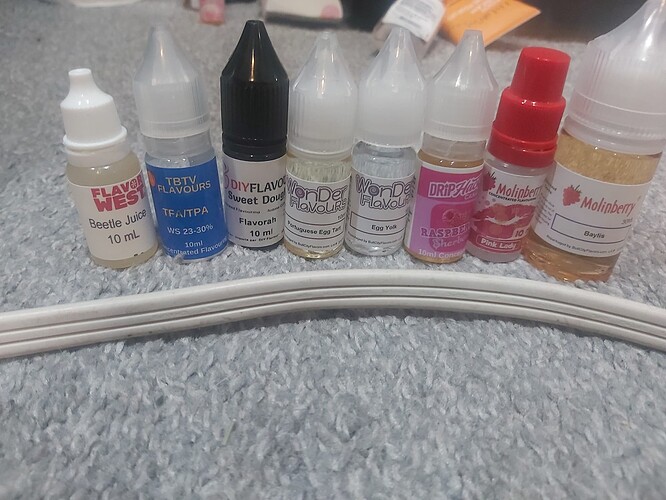 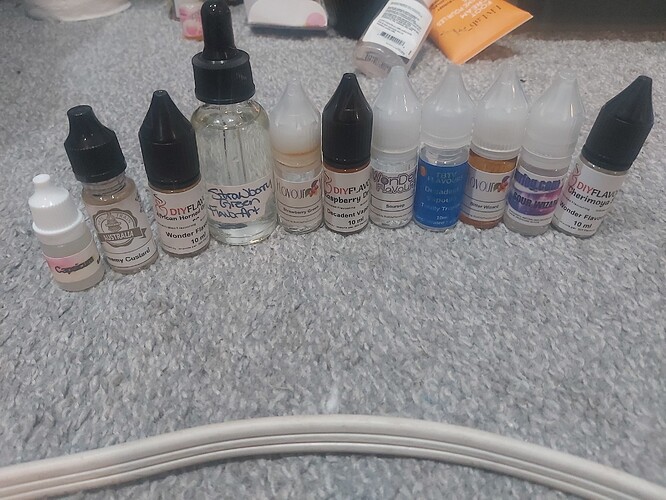 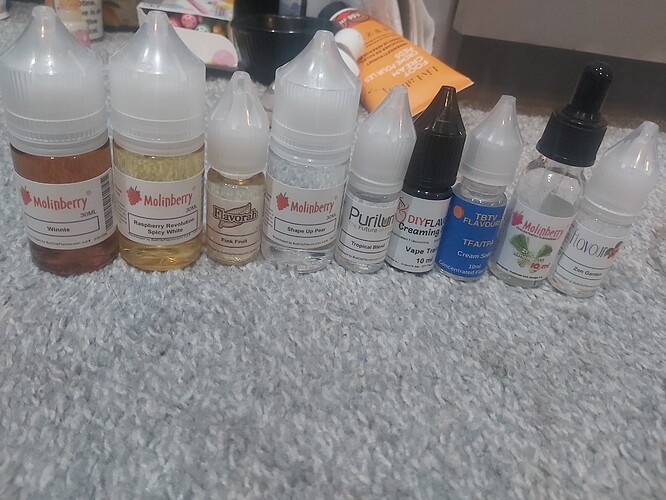 Good thing these are food flavourings I hope eventually I’ll find uses like putting it in my apple sauce!!

The best was me trying to vape “Capsicum”.I coughed for about an hour asking myself,"why’d I do that??

I have not much to say except that was very brave of you lol what % did you mix that up at?

2% lol it was a really dumb thing to attempt.

Egg yolk at a low % can be a good sweetener , and Portuguese egg tart can be used in a custard/dessert to boost the crust, it’s not bad, but not the greatest. There’s a recipe called Taruto (clone) on ELR, that uses it. Taruto by Yami Vapors is in my top 5 commercial liquids.

I didn’t get much egg, from the egg yolk surprisingly.

Don’t regret any of the purchase of flavors. If I don’t use them for something I enjoy I figure I will use them for some one else. My daughter never smoked in her life. I make a Iced leeche at 3 nic for her. Calms her anxiety. She loves it. I wouldn’t touch it after testing. Different strokes for different people.

I’m sure there is…but ME rn?!! I just don’t know what the hell I am doing enough rn to be messing with alot of these.

I’ve never been like that, I dive head first and do a summersault on entrance!!!

So, on a fist name basis with the trauma team in the ER eh?

I used to be that way for a time when I was younger.

Yes I believe that but Capsium??? What the hell was I thinking? That was a funny one! All by myself bf was at work n I decide it was the time to mix 2% sft up…,

Flavorah Alpine Strawberry. Tastes like pine sap. Had to wash my tongue off with lava soap.

This. And it was a pricy little bottle of hell

I have to say Alpine Strawberry also. Not because it tasted like pine sap or anything recognizable, but it has a flavor that I simply cannot describe. Nasty and horrible are not good enough words.The regret stems from me being so hyped about it…and it flat out sucked!

If Covid-19 were a flavor this would be it!!

Good to see you

This. And it was a pricy little bottle of hell

@TheTinMan How are things going brother ?? !!!

I remember having countless “debates” (hehe), with @SmokyBlue about this flavor. I picked it up, and DID indeed do some testing, and admittedly at first, even knowing it was HELLA strong, I STILL tested it too high. I backed it ALL the way down to 1d in a 60ml bottle, and although not overpowering at that rate, I never really got the juicy, red strawberry some people got from it. It was a Strawberry, but I really only got the “white” and/or almost “green” from it, if that makes sense. With SOO many other SB’s that DID present as red, plump, juicy, etc., I just never used it as much.

I’m trying to think OF the worse flavor I’d ever tried. I’ve had more than my fair share, doing these SFT’s. I think it might have been a raisin, or maybe a milk, not sure, gotta check notes.

HELLA GREAT to see you around @TheTinMan !!!