Who rated the recipe? Now you can see it!

In line with my previous announcement:

Ratings on recipes are now public (in a way) Announcements

Interesting, potentially controversial new update wink When looking at a person on ELR (by clicking the username either in the recipe list or on a recipe), you will now find a "User's ratings"-link. This will show you all public recipes that a user has rated, his rating and when it was rated. This should be a good way to find out if you and someone else have similar taste. Now there's no way yet, to see who rated on a recipe, but that will come later... Happy vaping!

Thanks @daath as always making life better for us all!!!

Thx @daath! At long last the recipe creator can see who’s doing the rating! This is great! I’m sure this will spur lots of new relationships between members.

…saw where I was going with that, huh?

Good some rude person down rated a recipe of mine yesterday. I clearly said it was a steeper at least a months time and it got rated w/ in an hour. Must not be able to tell time. And when I clicked on the name it said no matches found ? Does that mean non members can rate ? Hope not.

Hopefully this will keep the pricks at bay and only allow truthful people to rate. Unfortunately the majority of people do not use the forum so they are unaware of the change but at least we will be able to weed out the rude from the honest

Actually I take that back it appears dicks will still be dicks and now I have some jason dude purposely downgrading my stuff and announcing that he is…like I should be crying about it? Apparently he doesnt understand a joke when he sees one in InSaNiTy recipe…got a lot of butt hurt people on that one… God I love the internet…big tough guys with no life sitting in their mommys basements trying to tear down other people. I suppose not every site can be free of pricks

Although it was nice while it lasted! I almost forgot the reason I usually dont participate online, thanks to this douche I remember

It means they haven’t got any public recipes.

You can still search their user here on the forum to find their join date etc.

Looks like your troll, Jason, started trolling around Feb 4th of this year. My guess, is he is a butthurt VU or ECF troll. There are about 26 Jason’s listed so far as being members, many of which started on Feb 4th!

Things that make you go…hmmmm?

Don’t feed the trolls! That’s what gives them strength to continue! Starve them with silence!

Good some rude person down rated a recipe of mine yesterday. I clearly said it was a steeper at least a months time and it got rated w/ in an hour. Must not be able to tell time.

This could have missed the heart, and instead clicked the first star. I moved the heart a bit, so that shouldn’t happen any longer.

And when I clicked on the name it said no matches found ? Does that mean non members can rate ? Hope not.

Try again - There was an error in the first run, so the link didn’t go to them. It should now though.

Well, some people can’t take a joke. Some might not even get that it’s a joke. I mean, I’ve people in all seriousness post recipes with 45% flavoring.

Yeah he has now gone through all my recipes and purposely downgrade them and attempt to insult me. Im too old for such pety games if he is going to go thru and continue being a dick on my recipes than so be it, I dont need the drama I’ll just walk away and continue making juice for myself like I always have.
He doesn’t belong here and given that crap he said on my recipe and the downgrading of all my recipes it’s apparant he has something out for elr members.

What a weirdo. I’ve deleted all his 1-star ratings.

I did a fairly exhaustive search last night and found there are lots of “members” that joined on Feb 4th, rating recipes with one star and have never been on the forum…

Things that make you go…hmmmmm? 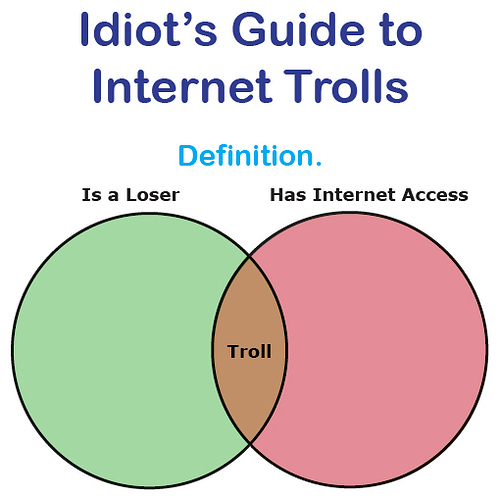 and have never been on the forum…

To be fair, only a fraction of the active users actually go to the forum. It’s increasing, but it’s still nowhere near ELR-level-traffic yet…

I read his review of your recipe and it was very rude, and not at all professional. We dont need people like that on this forum.
By the way Darth you still need some Cinnamon red hot in that mix. LOL

Correction…they have joined the forum (on Feb 4th or later) but have never commented or posted in a thread, ever. Looks like they are just tourists…

it seems like he’s got a "THING " for you maybe he’s got a crush… haha no jk. what a dick your a better man to walk away …

Aww my family supports me, feel the love!! haha thanks guys and thank you @daath! Normally I don’t care about getting downgraded but he actually downgraded the only few of my recipes I think are good lol Oh well I guess they will stay at 4 stars…anyone with a brain can figure a recipe out without the stars anyways
And @Cloyce you have me laughing my ass off over here with your comment

I am confused though because suddenly I am being accused of downgrading and I have never done it and this guy has a picture of me downgrading a recipe but it doesn’t show that in my ratings? Homie don’t play that

I deleted his votes - Scores will be re-calculated later

this guy has a picture of me downgrading a recipe but it doesn’t show that in my ratings?

You’re not the only DarthVapor on ELR

Names are non-unique there…