Continuing the discussion from Any Opus BT-C3100 User's here?:

Overall, I strongly recommend (and prefer) the Opus BT-C3100. For a few reasons.

For starters, given that they seem pretty comparable on build quality, it really comes down to features and implementation as the deciding factor. (The price difference is a very nice bonus, but honestly, even if the Dragon was the same price as the BT-C3100, I’d still choose the 3100.)

The biggest selling point (to most I’m sure) is the 2amp charging slots (only the outer slots) on the Dragon. The problem I have with that is, barring a “one off, emergency charge” situation, IMO that function should absolutely not be used as an every day habit, because you’ll noticeably limit the life of your batteries (read as: total number of charge cycles). So might as well not even have the feature IMO. (As 1amp still charges really quickly, and they both are capable of that.) With that out of the way…

The Opus has a HUGE points in its favor that the Dragon can’t do!

Because of this independence, you can:

On the Opus, I can, in any slot, and in any combination! 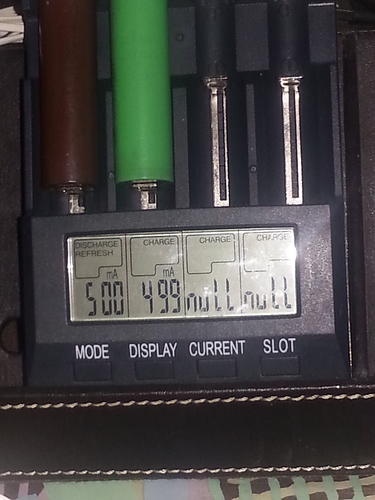 This is a very useful function (being able to simultaneously charge (in my case) a set, while refreshing another set. Especially considering the length of time it takes to do a single refresh cycle. Unless you have a second charger (or a multitude of batteries in reserve) this is a HUGE convenience that should not be taken lightly.
IMO a refresh should be done once approx. every 4-6 months (depending on how “rough” one is on them).

The next thing is the active fan. Heat being the leading cause of premature death of even well-designed electronics, the Opus includes a temperature activated fan (whereas the Dragon has no active cooling).
This not only extends the life of the charger components (device itself), but draws heat away from the underside of the chassis directly under the batteries, another thoughtful way of extending the life of the batteries. (Lower battery Temps = longer battery life)

There’s a whole host of reasons (and I may elaborate more later, as I’m being pressed for time ATM), but these are two of the biggest IMO (offhand) why I think the Opus is a much better unit, again with the bonus of being more cost effective.

There’s a couple of good videos I’ll link, and Phil raises some nice points (and is very concise for a change lol [unlike this post ironically, LOVE YA Phil!]) but I’d recommend watching both (about the Dragon), as there’s points I’m not pointing out here that may be relevant to some.

There are a select few reasons (very few) that one might prefer the Dragon though:

Other than those two points though, there’s really no competition IMO.

A deeper look into the Dragon (and the point that it’s either “charge or refresh” affects all 4 slots simultaneously):

WoW, The DUDE ABIDES!!! You are way awesome (cool). Thanks for that bro. Totally appreciate you. I should have looked up the Opus before I asked. You da Man.

Happy to offer the opinion. =)

Do you have any opinions on the Opus BT 3400? I’m not sure what the differences are between it and the 3100 other than a higher price tag and the included car charger. Thanks in advance for any information you might have!

I’m not sure what the differences are between it and the 3100 other than a higher price tag and the included car charger.

According to a third party relay (forum exchange), there is no longer a difference… As long as you purchase a v2.2 of the BT-C3100.

The main thing is as you mentioned, which equates to a $15 car charger accessory. While you might find one cheaper (car adapter), at least this saves you the time, hassles, and aggravation in trying to find the right adapter (with correct polarity, wire gauge to support the high current this thing can eat, etc). So all depends on what you want/need.

Since the v2.2 is readily available these days (it wasn’t 2 years ago), I’d pocket the savings, as it’s easier to carry a spare set (in a protective case) than lug around a charger in a vehicle (unless you spend a substantial amount of time on the road of course). 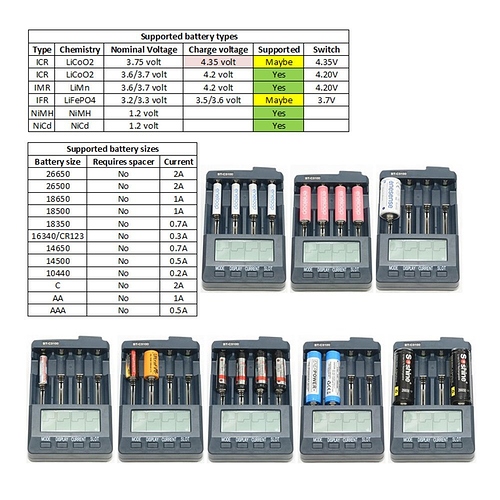 Reasonable $38 on Amazon, cheaper at GearBest, but with Amazon’s shipping, and great customer service, I know where I’d purchase.

Thanks so much for the thoughtful response! I already own an Opus BT 3100 V2.2 and it has been a wonderful charger over the past couple of years. I’ve been contemplating buying a second one (I go through a lot of batteries plus a back up is never a bad idea) and I can’t really see myself needing to use it in the car, so I’ll just stick with the 3100 V2.2 unless I happen upon a great sale on the 3400. 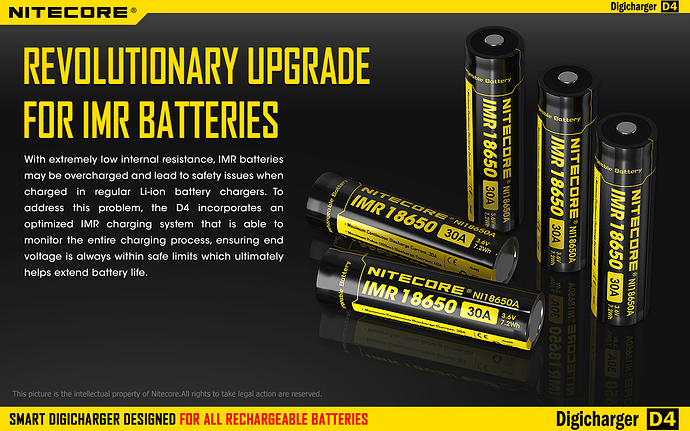 General update:
I did find out that the Opus BT-C3100 does in fact support 21700 batteries as well!

I have been using mine with two Samsung 40T’s without issue going on 2 months now.

I have my Opus BT-C3100 for exactly 2 years now. Usually I charge my batteries at 1A but today I was in a hurry and wanted to set it at 2A for a little faster charging… Within 5 minutes I got a burnt electrical smell coming out of it. It’s still working but I don’t trust it one bit. I’ll be looking out for a replacement and it won’t be an Opus anymore.

The cooling fan never worked right from the beginning and I had to replace it. A couple days ago it started rattling on me again and now this. There must be more reliable options out there.

There must be more reliable options out there.

I hear you. I’d be skeptical of it too after smelling something cooking.

I have the current impression (right or wrong) that the only option for a truly full featured charger with a higher respected track record than these two, is the Sky RC charger that’s double to triple the price. (Around a $150 usd last I looked.)

I’ve had several times now in the past year where I’ve charged batteries to “full” in the VP4 Plus, and put them in a mod, only to have it show a ~40% total charge. When I put them back into the charger to verify the reading, one battery was in the low teens-twenties (percentage wise) and the other had a full charge.
I never experienced that with the Opus in 3 years of ownership. Batteries were always fully charged when it said they were.

Given what I know now, and having the option to use bays separately on the BT-C3100, I know when the VP4 Plus dies, I’ll be getting another Opus (unless something groundbreaking and trustworthy comes out between now and then).

If I was made of money, I’d just get the SkyRC and be done with it all. But that’s not the case.

@anon28032772 sorry to hear about your experience regardless.

Any chance this could be OK? I’m a little bit hesitant about Efest but it looks like all that I need for the right price.
https://eu.nkon.nl/efest-luc-v8-batterijlader.html

I can’t find a whole lot of reviews or info about it though. The v4 and v6 do get decent reviews, but they won’t charge my 21700s and they lack features.

I can only say that I don’t trust efest.

The two in the title of this thread were my “final options” (after having done all the homework back then), and so far, I haven’t seen anything that’s changed that (unfortunately).

I’ve been very happy with the Ohm-Tech charger.

I don’t really use or need the testing features on the Opus to be honest. If something is wrong with a battery and it shows signs of wear, I replace them. I’m not tech savvy enough to know what I’m doing so I’m taking the safe way out even if it may cost me a little more… I just got the Opus because it was a good deal at about €35.

I’ve read Mooch’s review on the Efest luc v6 and overall I think I could live with his findings… I just don’t know how that translates to the v8.
Ideally I will replace this one with a 6 or 8 bay charger where I can charge 6x18650s @ 1A or 3x18650 @ 1A and 2x 21700 @ 2A and the usual AA and AAA batteries. Longevity (>2 years) is a must, I usually never even consider anything that doesn’t last at least 5 years. Optional but much appreciated features include mobility (car plug) and USB connectors. And obviously something that doesn’t ruin my batteries first time I charge them

@JiM210 Thanks for the suggestion. Unfortunately I don’t know where to get these in Europe and they don’t come in 6 bays. I recently had 2 products on which I would’ve liked to get warranty support but shipping costs defeated the purpose. It does seem like a good charger though

I have a two bay Efeast charger. It still works but in less than 1 year it developed a capacitor leak. I don’t believe it has diminished the performance(yet); however, it has a whistle now that drives me nuts in a quiet environment

it’s now my backup charger I leave at the office.

In the same price category there’s the miboxer c8 …
It doesn’t do 2A charging but it claims 1.5A on any channel. According to Mooch, miboxers are very precise chargers but I can’t say I’ve heard of them before. It also comes with a 3 year warranty and I like the sound of that.

Going to give it a shot after all it seems… lol

Too bad international shipping would kill the deal