Get a good lather up and wash (scrub) properly for at least one minute. Rinse thoroughly and dry thoroughly with something clean.

TRUE brother. Soap doesn’t kill germs, it breaks the surface tension and blocks the critters from adhering to your skin. It’s ablation (wearing off) that removes the germs, so it is the time spent scrubbing that disinfects. Ever see how a Surgeon washes their hands? I get my time in by spending a few seconds on each finger, the back of my hand, and going past the wrist a couple inches.

Being old I remember “Antibacterial” (bar) soap that everyone used. They banned it (70’s?) because while it did kill germs it actually helped grow resistant bacteria ( Benzalkonium chloride). A few years ago they banned even more modern antibacterial cleaning products (Triclosan), popular with acne suffers and food processors …same idea.

Get the facts on WikiP

Only option sometimes is the Plan B.

No worries @BoDarc. Given the job you have I can totally understand and agree for the need to use the hand sanitiser. Do what makes sense and what makes ya feel comfortable brother. Me? Nah, just gonna keep on doing what I do. Not too fussed with this Covid-19 thing to be honest. Not that I’m lazy or in denial. I’m one of those who accepts what happens, happens. That’s not to say I’ll take unnecessary risks. I’m a “social animal” and won’t stop shaking hands or kissing cheeks or getting close and talking to peeps. Reckon my health in general has improved out of sight since I’ve been smoke free the last 4 years so pretty confident the body and the Universe will look after me

I get my time in by spending a few seconds on each finger, the back of my hand, and going past the wrist a couple inches.

This my friend, is exactly how I do it. Boom! 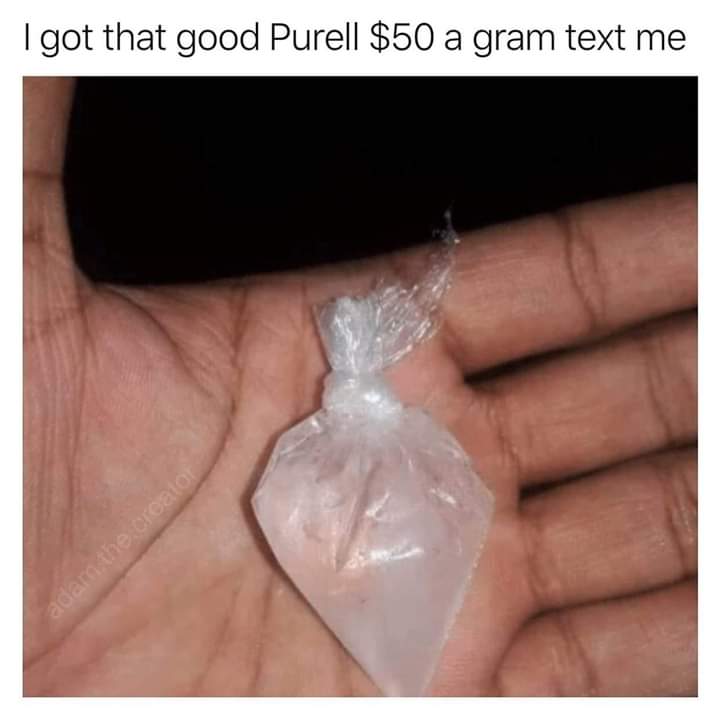 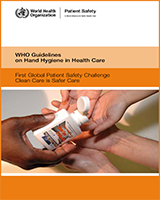 To help countries and health-care facilities to achieve system change and adopt alcohol-based handrubs as the gold standard for hand hygiene in health care, WHO has identified formulations for their local preparation. Logistic, economic, safety, and...

hmm VG and alcohol and Hydrogen peroxide? Is PG or VG = “Glycerol”? VG def seems like a better add for thickness. I have some Aloe too, might try and go outside the lines, but keeping in mind total alcohol % stays at set %s. Appears isopropyl works at lower total %? Am I wrong? Now I can save my Everclear [cough].

The alcohol content of the sanitizer needs to be a minimum of 60% to remain effective.

Most of the ingredients for liquid sanitisers are in short supply here now (apart from the PG/VG of course).

I normally keep a small pack of wet wipes in the glove box of the car either antibacterial or face wipes, just for those times that you need to wash but can’t.
I’ll have to source a bigger pack now though

Baby wipes will probably do the trick too.

daath posted this a few days back:

I created a dedicated page to help you make your own DIY Hand Sanitizer/Disinfectant. It’s very simple - I hope you can use it

Made myself look. Glycerin is Glycerol. More accurately our VG is mostly Glycerol (based on it’s purity rating which is usually known by Vapers). Thanx Wikipedude

OK first 240ml test worked OK. I added Aloe (bottled) instead of topping off with sterile Distilled Water hoping it might thicken a bit. While looking for specific gravitys, I read details about Hydrogen Peroxide. The Aloe had citric acid as a preservative and I’m not sure what got cloudy and separated, but eyeballing volume-wise (the visible layer settles over time) the Aloe is an easy guess. Perhaps was denatured by the concentrated (91%) alcohol, or reacted with the hydrogen peroxide (?) Also could be from adding oil.

I had some Lavender Orange essential oil which makes it so awesome. It feels (soft hands!) and smells great after the alcohol evaporates. Speaking of alcohol smell, I’m pretty sure there is quite a bit of evaporation in your old bottle of Purell, because stuff I have used from various places (and my own ancient bottle from my car console) doesn’t smell as strong as my own fresh batch …which is carefully calculated to 75% v/v. Maybe don’t rely on it soo much (label states to never store over 110 degrees F like in your car?), or add a little alcohol yourself (for insurance) …of course we’re talking 190 proof Everclear or 91% Isopropyl.

So next question. What are they adding to hand sanitizers to make that pudding-ey gel? I would think it might help it stay in place more effectively, but at the same time, what’s that junk doing drying on your hands? My watery stuff definitively does the job, but you just can’t make a little controllable mountain of it in your palm, so application is a bit “splashy”. I can read the ingredients on the back of my Purell, but it’s not helpful in terms of stuff I can procure (looks like some vitamin E?). Maybe I should not care …just so curious (DIY-itis~!) I mean I did make a half-pint for like 39 cents.

Gel ingredient? Anything I can find in my kitchen? When warmer weather hits I’ll be able to get some Suntan product type aloe gel, but I don’t think it’d work as an about 10% add to gel up a whole batch

Gelatin does not require sugar and can be used to thicken savory as well as sweet dishes. Unlike pectin, which often requires heat to thicken, items made with gelatin set in cool temperatures and need to be kept refrigerated to maintain the gel.

Dunno, but hydrogen peroxide along with an alcohol might really rip-into those groovy peptide chains ?

Chicken (or fish) sourced Hydrolyzed Collagens might be more attractive to righteous beef-abstainers.

SARS CoV-2 binds to ACE2 receptors from mouth to guts. A tasty treat for “internal cleansing” ? …

Thanks, I can easily procure pectin in the “canning” section of the store. I might peruse the MSDS for things like Hawaiian Tropic Aloe Gel and see what’s what. Thanks Doc! I was a Biology Major so my Organic Chemistry knob goes to about a 5. Much appreciated, I am familiar with your prior contributions at this level on ELR I mean I am familiar with Agar and other technical gels. The Purell ingredients look more soap-like and an Acrylate …that’s not the kind of Chem-tinkering this droid is looking for. Obviously is has to be skin friendly and leave minimum residue …which also doesn’t harbor/feed remaining or future critters. Hmm Pectin is at least vegetable-based (citrus/fruit peels)

However, the linked web-page notes that it requires addition of sugar(s) and heating to set. I once used some Pectin to try to make a “timed release” formula for meds. It has a super-high molecular weight - whereas (hydrolyzed) collagen proteins result in much lower mol. weight peptides (~5 or less aminos).

What are they adding to hand sanitizers to make that pudding-ey gel?

If you want to turn it to a gel you can use products called Sepimax, Carbopol, Carbomer they are thickening polymers that they use in gel like skin creams. It is pretty expensive but you do not need much.

The ingredient list on my “Purell Advanced” list a couple items that fall in that category. Sounds like something used in the Health and Beauty DIY industry …should be easy to get. I’m too lazy to type out all those ingredients when you guys have already googled their MSDS

A tasty treat for “internal cleansing” ?

Thing is, some studies report ~50% have gastro symptoms (diarrhea). The Glycerol would be messy …

Hey!?! I follered yur advice. My hard drive died so I took the cover off’n it and sprayed the WD-40 on thar like u sayd, and then carefully reassambled mah PC. I turned it on and …my house burned down! Yer DUMB! That was bad advice! Oh wait, did I skip a step? Please advise
TIA

Sorry, should have mentioned it only works on Macs. Fraid the Apple stores closed-up (like chickens). Try 3D-printing up a new set of lungs - and wash them with our bodacious new hand-sanitizer nightly.

I was wondering about that. Do people clean their bottles? From what I’ve seen, they don’t.

If you want this gel like consitency you need sodium polyacrylate powder. Just google for slush powder, water solidifier, super absorbent polymer powder. It’s a lot of fun just to play with so get a bit more.