DNA users...what Escribe settings to use for Ni80?

My DNA builds have always been TC… SS316L and/or Titanium. I use CSV files D/L’d from Steam Engine as the Escribe config for these two materials and it performs flawlessly. Recently I decided to explore some Nichrome 80 just to be more familiar with it, and I’ve read the ramp ups are pretty fast also.

On to the question…since Ni80 is not a temp sensing material should I program Escribe to use the “Watts” profile for this, or will it recognize a CSV from Steam Engine?

I just set for watts with ni80. I seldom bother with profiles at all.

Ok good. As soon as it arrives I’ll give it a go.
Thanx!

I just set for watts with ni80. I seldom bother with profiles at all.

I love watts too @Letitia, just Gas And Go.

I just set for watts with ni80. I seldom bother with profiles at all

This is true for me too, especially when i’m using ni80 coils. just set my wattage and go.

I have three DNA squonk mods. For the first 6 months or so I used TC on SS coils. I found I was constantly fiddling with them and grew a bit tired of that. Eventually I stopped and just use watts. I’ve got a good understanding of how much power my coils/mesh and juices require. I love vaping but I’m not very fond of spending too much time screwing around with it.

A bit of a craze in Italy about Ni80 and NiFe , the first on Watts the second one on TC. I use Ni80 (Nikrothal 80) a lot, together with KA, (SS at higher temperatures tends to expand and with mesh… no good) but, I use Genisis and mesh only.
Flavourwise it’s a bit better to KA, it’s a bit faster and stable, one of the things I’d suggest using Ni80, is to pre activate the coil, it’ll withstand higher temperatures and corrosion. Don’t Dry Burn it… not worth it…It’s still Nickel…

I dry burn my ni80 same as my ss, low wattage pulses and have no problems. With any wire there is no need to glow the coil to more than a dull orange to get it clean in my experience.

True, Low watts and pulsing is the way anyway, clearly not melting hot …

Ni80 is a lot better than SS or KA, pre activating it makes it even stronger, a lot depends on how wore out the coil is but even if mesh wick is a pain, I personally change it.

Is it safe to assume you mean Boost? Which conjures another question…
when Boosting in Watts mode how much ‘oomph’ do you set it for?

Personally I stick with normal, no preheat/boost, but I only use single coil attys and seldom go over 40w. For preheat on a dual build I set to 2 second 20-30w above my desired wattage. I get to feeling rowdy once in awhile.

[quote=“TorturedZen, post:10, topic:224048”]
Which conjures another question…
when Boosting in Watts mode how much ‘oomph’ do you set it for?
[/quote]It’s only a 1 second ‘Punch’, with a 1-11 proportional value based on your watts. Start at 5 and move up or down

What I meant is to heat it up a bit when you make it, that’s it.

Heating it, builds up a layer of Chromium Oxide (CrO) that protects the coil and makes it more stable and safer, that’s all.

So, what exactly do you mean by heat it up when you make it? Could it be once the mesh is on, then give it some power? We Americans call that a dry burn. I’m curious to know.

Ok, this is interesting.

If this is true, then it explains a lot to me. I would sometimes get dry hits using SS mesh when I shouldn’t have been. I’d check the coil and rayon and it would look fine. I found that if I used a toothpick to plump and push the rayon it would stop but eventually happen again. This would be in my usual 50-55 watt range.

A few weeks ago I started using NI80. Due to the difference in resistance, I’m ranging from 62-68. I have yet to get a dry hit from other than absent-mindedness. 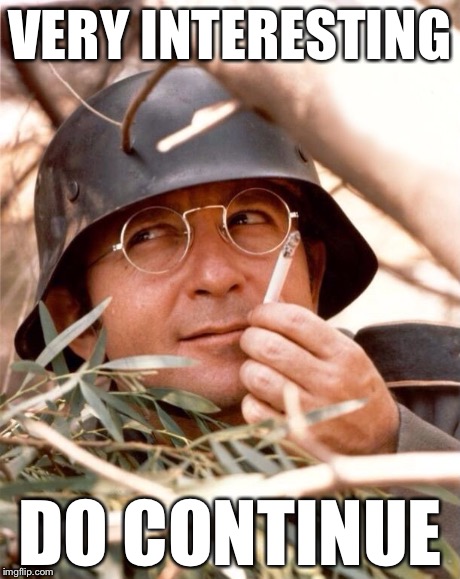 So, what exactly do you mean by heat it up when you make it

Pulse it. to build up an oxide layer

Might very well be, but I doubt it, for the SS to expand it has to reach high temperatures, thing that would never do when it’s wet.

Rather different matter if you use a mesh wick… and SS wire, but that’s another story… and a long one…

We Americans call that a dry burn.

Took me a while to learn to look for that word when buying wire.

Ni80 is a metal alloy that is not nickel, or in other words, it has very different properties. Ni80 doesn’t perform well in TC, nickel (Ni200) does.

Water consists of hydrogen and oxygen, both substances that will help a fire but put them together as in H2O and it’s very effective at extinguishing fire. Same with alloys, it’s not because an alloy contains nickel that it automatically assumes the same properties. At least, that’s what I’ve been told