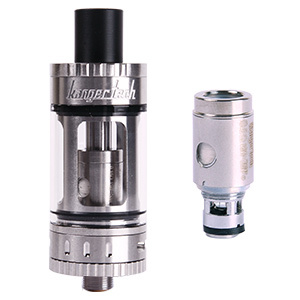 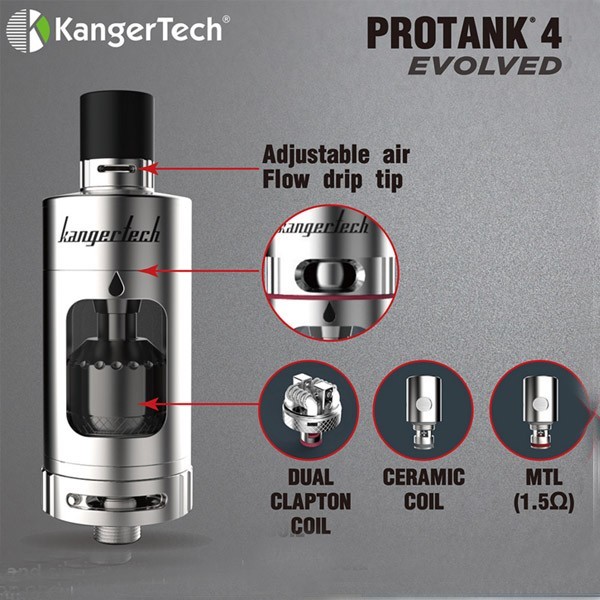 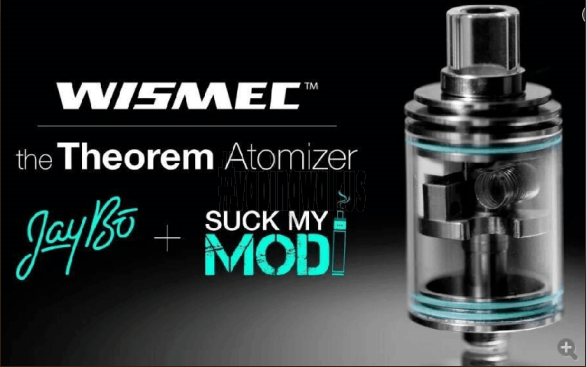 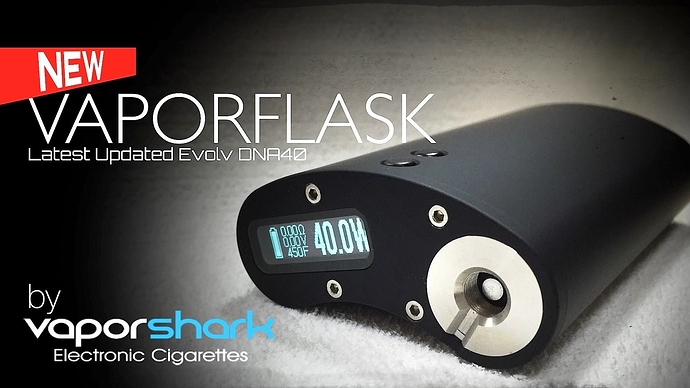 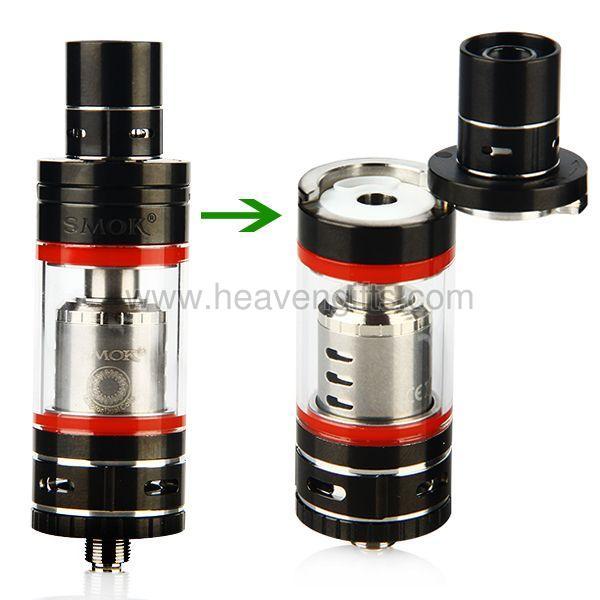 @JoJo do you believe that coils for existing tanks will be available such as the crown and smok tops , i dont build my own coils so for me the premade ones are great

im not familiar with the borea tank , does this tank offer premade coils or do you hve to build your own

I haven’t seen any premade coils for the Boreas but it has a large deck and easy to build on.

There is no better time than now to learn how to build your own coils. Depending on a suspect market isn’t a good option at this point. If you want to learn, just ask. There are many here that will help. Good luck.

Honestly, I haven’t a clue. Better to be safe than sorry, though. I’d get as many as you can afford without going bonkers overboard.

I think the best plan of action is not to panic and buy up everything you think you could possibly need forever and ever, but just make sure you have enough to get through any rough patches that may come. Make sure it’s stuff that you are really going to use and can use if things stay exactly the same as they are right now.

I’ve used 100mg/ml before and have the appropriate gear (eyewear, gloves, and ventilator) for handling the 1000mg/ml. Right now it is just to transfer from the shipping bottle to amber bottles then into the freezer. I’ll keep buying 100mg/ml until I can’t, the higher concentrate is for many many years down the road. Thanks for the advice! Safety first as always in my lab/shop.

I hadn’t thought about buying extra mods/tanks but have enough NIC to last me for a LONG LONG time in the freezer. However, I’ve noticed a couple of online websites selling out already with rediculously low prices compared to normal. Anyone else noticed prices dropping like crazy?

The only reason I can think prices would be dropping is if US distributors are planning to throw in the towel. If that were me, I would wait a while and as “d day” approaches, charge more than normal. Because if they sell out now and the regs don’t go into effect because of court challenges they would then just be out of business for no reason. I really wish everyone would just stand fast, hold the line, and then when all the thousands of small businesses are forcibly put out of business, band together and sue the everloving shit out of the fed gov.

But if it’s Chinese sellers with major deals, well that just makes sense because they know US consumers are in a buying frenzy like no other and will be looking for the best deals so they will compete with one another.

Or I could just be full of crap

I fully agree in raising prices as the buying frenzy is probably about to hit. I’ve been trying to find a few other sites but a few are obviously throwing in the towel. Hell, even the Sigelie 213 was under 80 bucks, wish i would have found them at that price sooner

Like I said before…understand this as you would the gun control agenda.
The ‘preppers’ went nuts and bought up most of the .22lr…created a shortage for everyone,
then a couple of years later, when .22lr showed on the market, it was super expensive
compared to before.
Don’t PANIC and be part of yet another scare tactic that we foolishly create a problem for ourselves.
Look at what you have, buy what you need, and be patient.
Next thing in this scare will be people hoarding, just for resale and greedy gain.
Learn from [recent] history.

Next thing in this scare will be people hoarding, just for resale and greedy gain.Learn from [recent] history.

Sadly people for the most part have never learned from History and History does truly repeat itself if you look hard enough.

I totally agree with what you said but unfortunately I think we are about to witness the 22LR scenario with nicotine.

Think about it they are after tax dollars nothing more. The ride might get a little bumpy but it will smooth out as we go along is my belief.

Prepare yourself by weaning yourself off of nicotine while you can, I believe that will be the one thing that ends up getting either hard to get or very expensive for DIY’ers.

Stockpiling more than you can use in your lifetime is certainly not the answer because we all know it does have a shelf life.

A few years after the Y2K scare I was working for a Haz-Mat clean up company and we got called out for hundreds of clean ups of contaminated gasoline leaking from improperly stored 55 gallon barrels. The worst spill that I worked, the guy had stored the gasoline in Haz-Mat barrels with serial numbers that had chain of custody paperwork that allowed the EPA to go knock on his door. I heard that by the time they finished with him he had lost everything he had ever worked for.

I weaned myself off of the stinkies over a period of 60 days after 47 years of 2 to 3 packs a day now almost 1.5 years in I have reduced nicotine from 12 mg to 1.5 mg or less and still headed down so it can be done. You just have to want to do it and I am of the mindset I would rather do it by choice not force.

Ya, I started at 24mg and am down to 3mg…and my juice just keeps tasting better and better.

and I am of the mindset I would rather do it by choice not force.

Who has created all the jobs the last eight years? Who built that? Now they want to take all these jobs away?
Greed and power [and jealousy] is an incurable mental disease.

Think about it they are after tax dollars nothing more.

I hate to be disagreeable, but my opinion once again differs from yours my friend. Think of RJ Reynolds and Lorillard alone. There is absolutely no one entity within the vaping industry that could grease the palms of politicians like those HEAVY HITTERS can. And to think they don’t have friends in Washington is the highest form of denial. Think of it like this. The FDA has determined that smoking causes cancer, emphysema, COPD, heart disease, birth defect…all sorts of nasty. Yet they still sanction the tobacco industry and the resulting health issues that stem from tobacco’s use feeds far more than fed tax revenue.

Vaping is a threat to this revenue along with big pharm. And the companies who represent tobacco and big pharm are all schmoozers of the politicians. To me this is as plain as the nose on my face. Perhaps they will figure out how to tax vaping and may be able to compensate for some of the lost tobacco revenue, but the fact is the politicians, big tobacco and pharm truly WANT people to smoke. No…they count on it.

Well I am not ready to mortgage the farm to PANIC BUY but then again I am pretty well set to accomplish my goal of nicotine free before the end of the grace period provided for in the regulations.

I also believe PANIC BUYING will lead to much higher prices in the very near future and long before the grace period is over.

Now if you only own 1 tank,1 mod and 100 ml of nic by all means I would get online today. One is none and two is one in my opinion with everything in life.

I know a few people that still have skids of MRE’s they purchased back before Y2K in there basement. Why you ask PANIC BUYING

Just my opinion and I have been wrong at least once or twice in my lifetime for sure but my wife would tell you different.

Trust me brother I am not in denial at all but I also truly believe this is only round one of a long and drawn out battle to yet come.

My attitude also. I’m a bit of a stickler about The Bill of Rights; consider these Amendments:

Amendment IX:
The enumeration in the Constitution, of certain rights, shall not be construed to deny or disparage others retained by the people.

Amendment X:
The powers not delegated to the United States by the Constitution, nor prohibited by it to the States, are reserved to the States respectively, or to the people.

The States may make laws regulating such things as PVs and nicotine, but the federal government has no such power under the Constitution, the General Welfare clause notwithstanding.

I also truly believe this is only round one of a long and drawn out battle to yet come.

I agree. This will probably be tied up in court for some time to come. At the same time the last 8 years have taught me to be more cynical than ever when it comes to our government. There’s very little I’d put past them. At the same time, the obvious motivation behind their actions is both alarming and telling.

At the same time the last 8 years have taught me to be more cynical than ever when it comes to our government.

I agree. This will probably be tied up in court for some time to come.

This is exactly why we as a community need to unite and align ourselves with 1 organization and support it not just with our words but with our hard earned money.

I believe as long as we stay divided and not come together under 1 advocacy group we will lose this battle.

United We Stand Divide We Fall- Because that is the only hope we have to generate the BIG MONEY it will take to win this war.