I picked up the SS version a month or so ago and use that little sucker everyday. Great stealth set-up and the biggest surprise for me is how much I like the tank, best ceramic tank I have ever used from a flavor standpoint, don’t expect huge clouds though. I paid $40 for mine, for $28.79 it is a steal, just wish they had the SS in stock for you all.

That is an awesome price, but I want that beautiful blue!!!

Thank you for sharing!

Keep an eye on there site, I am not a big VaporDNA shopper but they sure do stock items faster than just about anybody so I would not be surprised to see them have the blue in stock quick.

I really thought it would get hardly any use, just for when I had to wear nice slacks and my single 18650 would look awkward in my pants or coat pocket. The flavor on that little tank has me hooked though, would have never guessed based on my experience with the Vaporesso Gemini ceramic and COV Defiant ceramic coils, didn’t like either one really. The mod works great with the SS coils it comes with in SS TC mode, never even close to a dry hit, love it.

Thanks for the share. I just ordered the black one. Everything I own vape wise is pretty much black, red and stainless steel.

This little guy had been on my to buy list for a bit.

You are right, liquidation sale there now, 70% off everything with coupon code Crazydeal but hardly anything left so i didn’t order. Looks like a lot of places will be closing shop with 8-8 right around the corner, makes me feel bad but if we can stock up you have to seize the opportunity.

only thing left on there site is juice, everything else out of stock

Lol…like we aren’t all rushing there to try to score a deal too. It’s so sad, they were always super fast on shipping and had decent pricing. Going to be so sad to see all these people that worked so hard closing down.

Even with that, I’m not going to lie or fool anyone, I will be there right along with all of you trying to get a deal and stock up and being one of those vultures. I own 3 mods and 5 tanks. And I’ve been vaping for over 3 years. And my batteries are so old they only last half a day…need to get those too. Other than the Crowns and Cleito I just ordered, everything else is over a year old. And my hubby has 2 mods and 5 rda/tanks also. Add on the insecurity of knowing the future of getting product with the FDA if our mods break or tanks either.

Cancer and kids are expensive. So if I can find a deal and afford some items I’ve been wanting or needing I will sadly end up being a vulture too. We all will. It’s human nature, survival of the fittest.

I’m not whining or complaining, I am so much better off than a lot of people, and very thankful for the things I do have. But I feel sad and angry that we are all in a place where we will be forced to feed off the leavings of so many good people that worked so hard for their businesses. And all the people that are losing their jobs. Because of the FDA and ignorant people…grrrrrrr

But most importantly…I am so pissed at all the deaths that will occur because the government is basically locking down something that has proven to be so successful in stopping smoking. Boy, they sure won’t so protective when smoking was the thing! They even endorsed smoking in commercials and other media. So they actively encouraged something that kills. Then they fight the measures we find to break the addiction they helped create. All because they will lose their millions in income. It’s all business and money to them, not people and lives.,

OK, rant over. I’m sorry. Putting the soapbox away

Well I hear you, and totally agree with you!

Makes me even happier that I got my 2nd Cleito this time in black like I originally wanted, but was too cheap to spend the extra money for since the retail shop charges a premium for the more popular choice. I just refuse to support that practice. Also got the RTA deck at the same time.
What’s more, I have zero regret that it was “only” 30% off. I get what I wanted (a backup for a tank I love) and they hopefully still made money at that price!

Oh leave the soapbox out. It’s healthy to vent. Anger leads to the darkside and maybe we need a little of that to put a stop to this nonsense. The vape part of it is just a small fraction of the real issue which is the overall corruption of our elected leaders and the greed of those who control them. Something needs to be done, just wish I knew how.

The other part of it all that I never hear mentioned is “population control”.

It’s not just simply tax dollars and corrupt politicians. But given the rate of growth, limited resources, housing, food, the growing elderly demographic, etc. population control is a necessary evil to some degree.

If a massive segment that you’ve always “counted on” as casualties in statistical analysis starts living longer, then those other concerns (above) just got thrown into the spotlight, and throw stats off by orders of unknown magnitude!!

Couldnt agree MORE! I HATE governments with a passion, always have always will. Population control has been on there cards since they been in power. They think of the “normal” humanbeing as scum, in their eyes we are nothing but numbers. Us saving ourselves from toxins and thousands of chemicals placed into a cig is a BIG no no to them, thats why they are attacking the vaping with force.

Now which one of you bought the last Augvape Merlin from Eciggity? Lol! I just had to order another one from efun.top.

@ozo I believe you are the Kanger fan? Not sure if interested or if this is a good deal, but sharing it from an email.

Yep, good deal for the platinum…I bought a few last weekend.
Thanks.

Only certain mods and tanks. 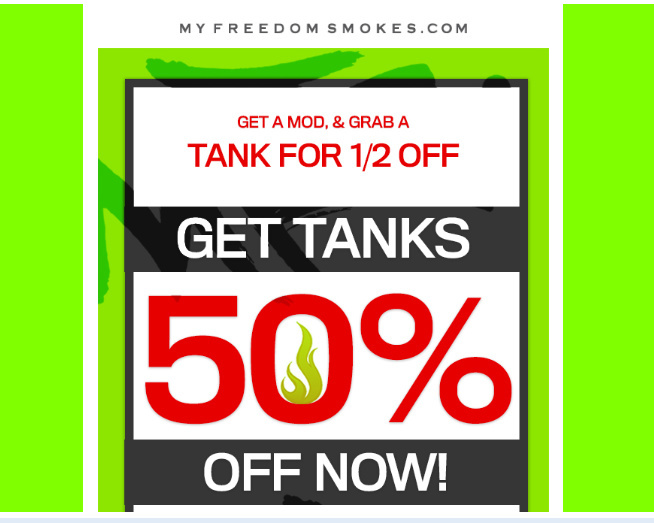 I do enjoy my Sigelei Fuchai 213. I’m hoping the newer Sigelei mods last a long time because they are quality just like my good old 150-watt (non temp control) Sigelei that just keeps on going. I’ve had it since I first started vaping 1.5 years ago. I had another mod bite the dust this week. It’s a SMOK. The screen text is only halfway visible. I kept using it for as long as I could. Then yesterday somehow the settings changed, and since I can’t see the screen text, I cannot correct the settings to make it vape. I never did check on warranty for it. Why these companies would make a mod that would break so easily - I don’t know. I only used it sparingly for less than 6 months. I’d rather pay a little more to buy something that will be a good old reliable device. My Sigelei mods have never failed. I’ve got 3.

Juice getting inside your mod is always an issue. This sounds crazy but blow into your USB charging port and watch all the juice come out. You can blow out with canned air or disassemble and clean, or just remove the batteries and leave in your hot car wrapped in paper towels

I just posted this on the discussion about this mod. I’m kicking myself right now because I pre ordered this from efun.top and they have shipped it but the tracking number isn’t showing up yet. I just looked on eciggity and they are having 20% off until tomorrow and they now have them in stock for $47.19 with coupon and free shipping if you spend $75.