So, I made a statement on another thread today decrying the electronics and general poor quality of mods. Don’t get me wrong - I have very much enjoyed many of the mods I’ve gotten which were made in China. However, I’m done. And more specifically, done with the mass produced Chinese mods which have electronics. For that reason, I’m making a move to mechanical mods, and not yet more mass produced, low quality crap either. I figure 2-3 mods is all I really need. Fewer moving parts and no electronics, or enclosed switches.

Rather than just talk, I already decided to put up or shut up, and currently have this ordered -

But as I’ve been away from mech mods for so long, I’m leaning on my peers here at ELR to help guide me to my next purchase. I’m not hung up on American made, but definitely don’t want anything from China either. What’s out there? What has a rock solid switch mechanism and low voltage drop? And I don’t want anything too shiny or with a bunch of artwork. Just a solid, hard hitter that doesn’t fail. What you got?

I’m going to watch this closely as I’m at the same point as you.

Broadside and Purge are also U.S. made. Purge mods are big, heavy, and you can get as much or as little engraving as you like. Broadside mods are smaller and lighter. Both have very positive engaging switches.

The Kennedy mechs are rock solid

I have always wanted one of these. Check out Underwood Mods on instagram 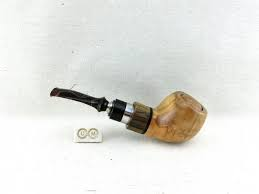 And this guy makes solid mods too 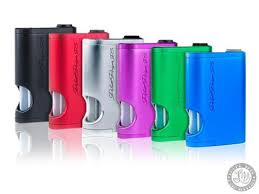 Do you squonk ??? signature tips is supposed to be pretty good …They do have one with Mike Vapes Clutch but I think thats from China . They are mechanical though

Yeah, almost exclusively for the past couple of years. Recent troubles with my topside mods has brought me to this lowly place

I’m thinking along the same lines, but I think I might strike out and build my own PWM mods. I always wanted to get my hands on a Whiterose, but I’m pretty sure that ship has sailed so why not go the DIY route? Besides, I’ve got a tree and a half of rough sawn cedar…

Do you have any that got kissed by the fires out there?

i have a whiterose actually one of his first ones, the potometer ( wrong word) but you will know what im trying to say …Anyway that doesnt work so it runs super hot …PM me later

That’s where the wood came from. Two of my three cedars needed to be dropped, as they got scorched all the way to the tops. We hope to keep the one still standing, well…standing.

So far, I’ve got wood for a walk in closet, probably a couple solid body guitars and a countertop or two. Trying to decide what to do with the rest

That’s where the wood came from. Two of my three cedars needed to be dropped, as they got scorched all the way to the tops.

If any of the wood got discolored from the heat that would make a special mod. For thy posterity.

Probably not going to be a couple of months, but I’ll definitely hit you up. Thanks!

All of the scorch is in the bark. As soon as it hit the wood it stopped. Might be a little experimenting with resin in my future…

Wow, I really like those Defiant mods! Do you have one?

I shall follow this thread with interest.
I only have one mech mod at present, a dual 20700 series box mod made in NZ, not squonk though.

There are a number of mech mod manufacturers out there with a plethora of different mods in various sizes and whatnot. Below is some i think you would like.

Thanks for the links @Norseman. I’ve been interested in the El Thunder but can’t seem to find what I want as availability is rather limited. Will check out the others.

You are most welcome and i hope you find what you are looking for.