Hi guys and gals. I just mixed my first two recipes. I mixed a Watermelon Candy flavor and a Unicorn Vomit flavor. Both were single flavor mixes.

Both turned out with a very faint aftertaste that to me reminds me of dish soap. All of my mixing utensils and containers were brand new.

The base was purchased from a source on ebay that has a lot of very good feedback. Both were 80% VG/20% PG. Both have steeped a week. Is this normal?

I am getting ready to go vape some of the VG and some of the PG by themselves to see if one of those is the culprit. Because that is the only thing consistent with both mixes. I even used different utensils and containers for each which were mixed a few hours apart.

Thanks for any advice you can give me.

Can you give us the recipes you used? Need to know what exact flavorings you used.

I ordered the Watermelon Candy flavor from Steam Spirit Vapor. I was looking for Strawberry Limeade and that was a site I found that had it. After looking at their flavor offerings I assumed they sold mostly FW flavors but put their name on them. I mixed at 12% flavor with 80% VG and 20% PG and 0 nicotine for now.

The Unicorn Vomit (FW) was mixed at 15% flavoring and 5% Sucralose. These percentages were based on user reviews I found on the site I bought this flavor from (ECX).

Both juices seem to have a light flavor. But both have the same aftertaste which like I said tastes like dish soap. I haven’t been home yet to try vaping some of my VG and PG to see if I taste the same aftertaste. As soon as I do I will reply with my findings.

Vg is usually the culprit of the soapy taste. When I first started vaping It was quite an adjustment moving from retail juice to diy since I noticed the soapy taste right away. I tried a few different vendors for Vg and it seemed to help. Also I switched around my ratios and at the time settled with 30 pg 70 vg but now I am max vg and don’t taste the soapiness.

I wonder if you still need a bit more flavoring in them. The flavor ratios seem like they would be fine though…and you steeped them for how long? Did you use any heat or just shake and leave in dark cabinet?

I am surprised that unicorn vomit tasted so mild to you at 15% I can not use it over 1% but I know it was used as a mixer and not a single flavor when I do use it.

Hi guys and gals. I just mixed my first two recipes. I mixed a Watermelon Candy flavor and a Unicorn Vomit flavor. Both were single flavor mixes.

Hmmmm, I use and love many Flavor West flavors however you are using two that I have never tried. Guess trying to vape just VG and PG won’t hurt but I doubt that is the problem. One week steep is normal but some flavors require more time. I well say that I personally have not seen chemical tasting flavors correct themselves with steep but there’s probably exceptions. You can go ahead and try more steep, anything is possible. You can try a drop or two of Smooth (I think FW calls it Flavor Enhancer. You can try remixes with less flavor. Just because FW says 15% flavor I would not take that to heart. Some will curl the hair on your toes at 15%. One thing I want to point out to you is the fact that not all flavors sold by these flavor companies are good. This is true of all the flavor companies. Honestly I love FW for mixing with other flavors but I am very picky (Ya got to be). I do not like all of them. At best I like only 30% of their fruits. I use maybe a handful as standalone flavors (one flavor mix). If you chose flavors this time that don’t work out then don’t worry about it. Learn the basics of blending and expand on it as you learn. Don’t get discouraged. There are threads here on ELR where the users have tried to point out what are the better flavors and what not to buy. Look at the flavor pairing thread as well. That in time will be one of the most useful bits of information you can have when trying to blend ejuice. Might make you a better chef as well, lol. Just be prepared for a lot of trial and error. We have all done it till we learned the flavors we are using. We still play hit and miss every time we buy a flavor we have never used. Hang in there and you will indeed be Lord of the Vapors…

Lesson #1, always use marshmallow for sweetening at 2% or less

I let the flavors sit in a hot water bath for an hour or so after sitting in the closet for a day. Then I used a mixer I made in my drill and stirred really good and gave them a test vape in my dripper. The aftertaste was the only thing I tasted on the watermelon. The unicorn vomit had some flavor but was masked by the soapy taste.

After 3 days shaking daily I tried them and the aftertaste was still there, but not much flavor. Getting better though.

I then removed the caps and let them sit overnight. Tasted again and the flavor was better, and the aftertate may have gotten a tad weaker. So I added some unicorn vomit to my tank and vaped a bit. The aftertaste stayed with me all day, even after vaping 3 other flavors.

So I let them sit a couple more days closed up in the closet. Tasted again and not much change. It has been a total of 7 days now and I am waiting for my safety equipment to arrive to nic it up and taste again.

Vg is usually the culprit of the soapy taste.

Really, guess I have always hit on good VG vendors. I have never tasted soapy VG. Guess we better get another thing out of the way. He should be buying VG and nicotine from Heartland in my opinion. PG too when they have some deals going on. Hear that @LordVapor?

Thanks for the advice. I love learning, and understand a bit of trial and error is to be had to gain experience. That is why I mixed only 20ml of each. I will try that marshmallow. I have read cotton candy works as well.

I purchased a few things to get started before fully researching (error). I now have been buying from ECX. But will check out Heartland. Thanks!

I should add that since mixing my first juice a week ago I have spent this week researching, reading, and picking out flavorings for recipes I want to try. I have refrained from mixing any more until I am sure I have all the right equipment. And I want to make sure I have the right chemicals even if that means dumping all the stuff I currently have.

I am sure I have all the right equipment.

Yes. I started out with a couple syringes. But was reading that weight is a better way to go.

I just vaped my VG and PG changing the cotton each time. They were vaped on a Staggered-Fused clapton build at 50 watts. Both tasted fine. The VG actually tasted very good. I could almost nic that up alone lol.

The only flavor I’ve tried that tasted legit like soap was FW Blueberry. It eventually steeped out, but it took awhile and never was great.

You could try reducing your flavoring. I’ve heard that too much flavoring can have the same as not enough. Kind of like taste overload or white out.

If your PG and VG are fine, the next place I’d look is your nicotine. Make an unflavored batch (5-10ml) and see if that tastes soapy. Next, you could try adding 1-2% of flavoring at a time.

Both my mixes are zero nicotine. I am getting ready to try them out again. Hopefully they have mellowed out. I have some Vape Wizard. Right now I don’t have a lot to choose from.

Can you guys recommend a good scale? I am also looking into getting a hot plate magnetic stirrer. My Nitrile gloves and my flasks just arrived today. So I am ready to crack open this bottle of Nicotine. But I am scared to even take it out of the bag lol. It’s like reaching in and pulling out a Cobra. Thinking of ordering a radiation suit just in case

Ok, I just tried them again. The watermelon candy has almost no flavor. The unicorn vomit tastes exactly like Fruit Stripe Gum. The weird after taste is only slightly noticable now, but the flavor is not quite as strong as I would like it. So I maybe it just needs a few more days steep time.

Give your mixes a good 3-4 days before ya decide to add anything, as far as vape wizard goes you wouldn’t want to add any of it as it will mute flavors further same thing with cotton candy or marshmallow ( if your experiencing weak flavors to begin with ) IF you get to a mix where you want to tone down the mix add a small amount of cotton candy 0.2-1% marshmallow 1-2% smooth 1 drop per 10 mls vape wizard 1 drop per 10 mls all of these tone and round rough edges but we’ll get to that later. For now let it steep leave it alone and shake it daily this is the hardest part of DIY’n until you get a rotation going of mixes that are steeping this week and a group of mixes you are vaping ( trying ) that same week it’s tough bc all you want to do is try the mix ya just made I get it. 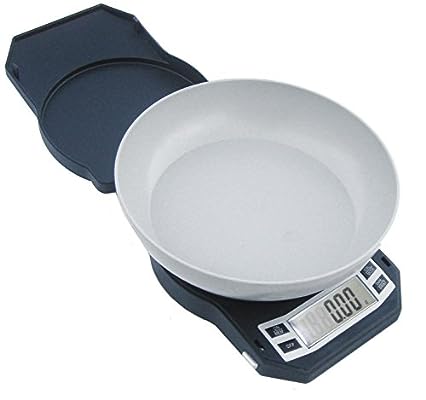 There’s many just check for the best price. I think I paid around 27$ on it. It doesn’t have an auto shut off plugs in so not to be bothered about batteries. Has a light if I want a brighter back screen and super easy to use.

Nope, Cotton Candy or EM will mute other flavors. Unless you are in need of muting a extreme strong flavor or wanting Cotton Candy flavor than I suggest you do not even bother buying it…

Ok thanks for all the help everyone. I look forward to learning a lot here.

That doesn’t sound frightfully high to anyone? In my experience 1.5% sucralose is pretty in your face, though I see there are a lot of recipes with 2% or even 3% but to me that much tastes funky.

Yea it is high. I missed that very important point. Whew this could be a major contributor to the odd taste. I do 1 drop per 10 Mls any more if I decide to use it in the first place.