I’ve found that some recipes I’ve made that are very good but have an odd taste that I don’t care for. After looking at a few of these, I think it may be the Ethyl Maltol. As a test, I’d like to make another bottle of the same recipe, but remove or reduce the EM.

Is there a possible replacement for it? Or a way of changing the recipe so that it doesn’t need the EM, or so much of it? Or does the change depend on each recipe?

I’d like to confirm if it’s the EM, and if it is I’d hate to write off a bunch of recipes just because they contain EM. I guess that I’d like to better understand EM so I can figure out if this is the cause of the off taste I’m experiencing.

EM is known to mute flavours, most people use Marshmallow instead.

EM is also basically Cotton Candy flavoring. I don’t use EM in my recipes but instead use Marshmallow as @Josephine_van_Rijn said.

Any recommendations on the substitution? Like “replace the recipe’s listed amount of EM with the same amount of Brand X’s marshmallow”?

I can’t give you an X=z for swapping EM and marshmallow. To be honest, sometime you me EM and I get the right effect. But we are all different and EM and you may just not agree.

That being said I use marshmallow FA for everything. I add it to taste and preferance. You can start as little as 0.25 and up to 2.0%. You will find most using it in their mixes (Atleast me lol) at 0.25 to 1.0% and maybe 1.5%. Sometimes I do hit 2%…but that’s when I’m going for over the top marshmallow.

On my fruit based recipes, lately I have been using Pyure as the sweetener instead of Marshmallow. It really seems to bump up the fruit flavors soooo much more but it has to be used very sparingly, as in 0.25%. For a creamy/custardy/dessert recipe, I would use not use Pyure.

Have a recipe that just seems dry when you vape it? Try using some Cactus (Inawera) at 0.25%-0.5%. It really adds a wetness to the vape with out adding the cactus flavor.

Same goes for Pear (FA), been using it the same way while i wait for my cactus to get here

Have a recipe that just seems dry when you vape it? Try using some Cactus

For those I’ve found that a touch of Stevia (Now’s Stevia Glycerite) did the trick there. But these were mainly Coffee-based recipes. Is Cactus suitable for coffee, nut or fruit-free desert recipes?

Is Cactus suitable for coffee, nut or fruit-free desert recipes?

I haven’t used it in those as I usually have plenty of creams in them and they haven’t seemed dry to me but I suppose you could.

For a creamy/custardy/dessert recipe, I would use not use Pyure.

From my experience sweetening 3 or 4 coffee and nut recipes, a tiny amount of Stevia can do wonders. I do mean tiny. A single drop of Pyure drop was far too much for a 60ml bottle.

If you use the original bottle that Pyure came in, then yeah, those drops are way to big and unpredictable in size. I rebottle mine into a 30ml dropper bottle like the one below. It almost fills it up and is much more consistent in drop size and allows me to measure by weight in small amounts. 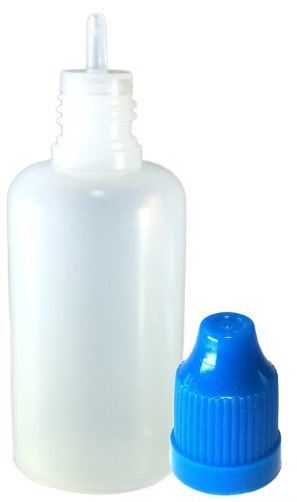 I agree. I actually moved to Now’s Stevia Glycerite per a suggestion from someone else. VG-based, no refrigeration required (unlike Pyure) and it seems to be less sweet so easier to control.

I do not need to refrigerate my Pyure, not needed or mentioned anywhere on the bottle.

I’m glad the Stevia Glycerite is working for you. What I like about the Pyure and what I think sets it apart is the addition of the apple cider vinegar and citric acid. That’s why it does wonders with fruit flavors.