List them here! Single coil, duel coil, rda, rta, what’s out there with more of a restricted hit? I’ll start, really loving my geekvape ammit mtl rda, airflow fully open with a standard bore 510 drip tip and it hits really great at around 30 watts, honorable mention for the fumytech rose mtl rta, it’s almost too tight to be a restricted lung hit, I run it in the 20 watt range…

Help me out and list your favorites! For reference, I’m talking about tanks and drippers where 50 watts would be a hot vape…I think the wasp nano is too airy to be on this list, the hermetic rda would be as loose an airflow as I would still consider restricted, and it would be on my list of favorites if I hadn’t broken both of the ceramic t-posts:(

I’d add the Wismec Theorem to the list if it was still available… As well as the Hermetic!

Matt’s just a bad Mo-Fo when it comes to restricted IMO.

the hermetic rda would be as loose an airflow as I would still consider restricted, and it would be on my list of favorites if I hadn’t broken both of the ceramic t-posts:(

Well. We need to put that back on the list where it damn well belongs!
(PM me an address brother!)

Pm sent, I have seen the theorem around in clearance bins, although i can’t remember where… older models are fine for everyone to list as well, I’m a clearance bin shopper lol a lot of the rest of us are too

One that immediately comes to mind is my old Paradigm Magma RDA. Dual post, deep juice well, domed cap and single AF holes (1 on each side). I doubt if it’s even still in production but if you get lucky and run across one snatch it up. 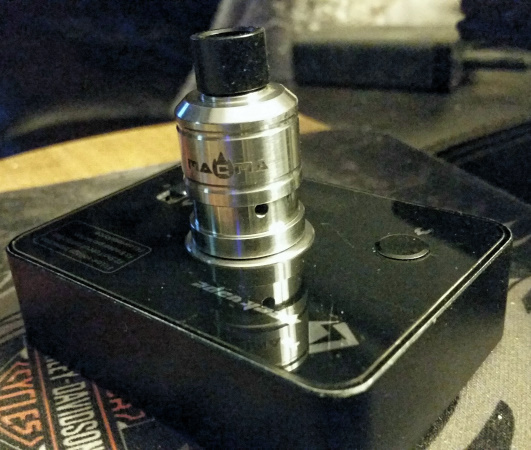 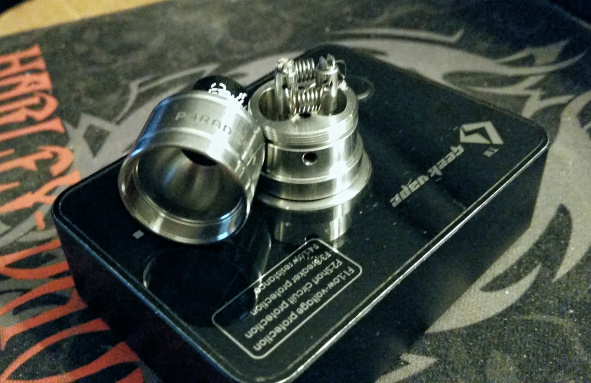 I’ve heard that, waiting for it to go on sale to pick it up, I really like the Bogan lol the video he did where he lit the voopoo mod on Fire was aces lol

That was probably before squonk pins came with every rda, it looks like it would be perfect for a single battery squonker too

I’ll add in a useless bonus tank lol, the avidvape ghost inhale rta…I won it in a giveaway forever ago, probably the best flavor rta I’ve ever vaped, and the only atty I could never get to wick properly. It had an enormous amount of issues honestly, the holes for your leads were wider than the screws so using round wire was an enormous pain, forget about trying a parallel coil, the threading was garbage, the afc was garbage, and the glass for the tank shattered if you looked at it wrong, but I kept it running as long as I could because the flavor was out of this world good, I’ve never recommended it to anyone though due to the enormous amount of issues it had.

I‘d like to add the Wotofo Nudge 22 mm RDA - really nice little RDA, great flavor (much better flavor than the 24 mm Nudge). It‘s hard to find one, but not totally impossible. It’s a single coil RDA.

I almost picked one of those up, but grabbed the rose mtl rta as it was a little cheaper at the time, I’ll have to keep an eye out for one!

Theorem? Card to share a build and wick rundown? I haven’t gotten it to work.

These are my core atomizers for MTL.

How does the galaxies airflow compare to the ammit? When I first got into tighter airflow I flipped a coin between the galaxies and the berserker, and ended up with the berserker rda, it’s too damn tight at its most open setting for me, works great for sneaking a hit someplace I shouldn’t though lol I take it with me to amusement parks to avoid the “smoking” area

Ya know… roughly the same

Being a 100% NET vaper, I split the line between being a DL and MTL vaper. I’m happy with both atomizers. I was not happy with the Berserker… wasted my hard earned money x2 on that style atty; happily gave them away!

Care to share a build and wick rundown? I haven’t gotten it to work.

I’ve described it in the past, but honestly, it really does need a pictorial accompanying. Because the height and positioning are very important IMO.

I’ve got one rig that needs a new coil and wick, so I’ll try to put a tutorial together by the end of the day. (Today’s the Super Bowl though, so expect it to be late tonight)

Loved the Magma. So sorry I gave it away

That’s another one I keep looking at, several reviews compare the airflow to the wasp nano though