SugarDaddy Sweetener has been highjacked

I had that surgery completed approximately 18 months ago due to an injury I had as a teenager and was fitted with this. 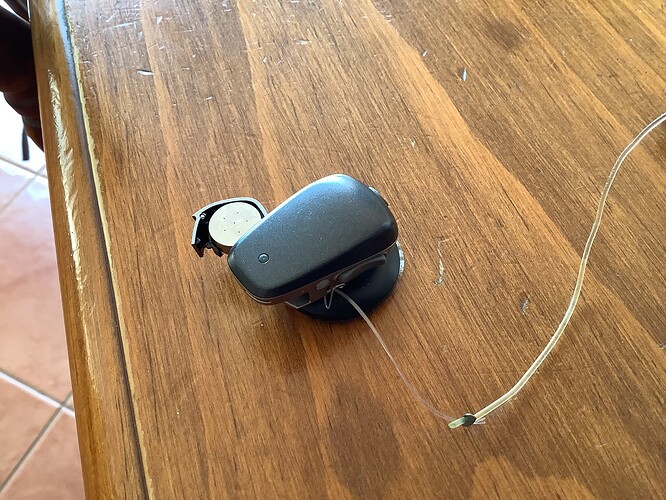 It’s a bone conduction hearing aid or I think it’s official name is a cochlear implant. Obviously that’s not the actual implant but the amplifier which is held on by a magnet attached to my skull.
I won’t go into detail as this isn’t the place but I will say I hardly ever actually wear it.

Just went over to buy 120mil of sd but their out, rrrrr

Interesting idea that foods can aggravate tinnitus. I should probably pay attention to that. I have a VA disability for my hearing which was damaged when I was 19. I’ve had tinnitus for so long I can’t remember not having it. I’m very, very fortunate because somehow it rarely bothers me. My ears are ringing right now and I just learned to ignore it. However, there are times when it does get very loud and my attention is drawn to it. I’ve always thought it was due to something outside me, radio, tv, other noises. I think I’ll try to jot down some notes when it gets loud and see if there is any correlation with what I consume.

They’re out?
ALREADY??
hm…gonna need to contact them asap.
Said thing is I’m gonna be out of town for 2 weeks before I can get more out them.
ah man!!

Sent an email to OSDIY to see about stock levels. It could be a mistake on the website.
Waiting on a response.

So…
It seems they have sold out.
They just made a new order for restock
AND they also ordered the vanilla version.
I’m just waiting on one ingredient.

AND they also ordered the vanilla version.