All I know is that these are different to standard concentrates, but no specifics. How do they vary, and how would I know them when I saw them?

If this is a bit obtuse, i’m pretty tired and going just from hearing the term with no details

They are strong as sin flavor concentrates. Meaning you can use them at less than 1% … Medicine Flower and Flavorah are the only two I use. If you’ll look at some of the MF and FLV notes here on ELR you’ll see the percentages are used lower (or should be) …

Editing to give an example. For Medicine flower Dark Chocolate .60% is the maximum I’d use in an recipe. It’s that strong.

Is “ultra” an official thing, or is it just a colloquial term for concentrates that typically use 1% or less in a recipe? I always thought it was a slang rather than an actual category.

Heck if I know Phil, I figured that’s what it meant LOL you know me I just go with the flow

I figured that’s what it meant LOL

Same here, I was just wondering if it’s official or not.

Well if you and I say it’s official, Phil, I think it is (gigglesnorts) We have made it official LOL

Don’t Urban Dictionary that one!!!

Now you know I gotta!

Let me know if that’s defined there, because I was kidding. I have no idea.

lol it just meant something normal for a change, not like when my adult kid told me to look up Alabama Hot Pocket and I almost puked

Because of the horrid urban definition, or because your kid knows about it?!?

I agree. It’s a term to describe the percentage amount commonly used in a mix. For me I consider it to be any concentrate that is used far lower than the 1% mark on average. For example many of the mf’s are to me 0.05% to 0.25 with some you can push dangerously up to 1%.

For example lemon mf is 0.1 grams per 15 ml to 0.45 grams depending on the recpie and other flavors used

LOL, not sure about the “Ultras”, but I always thought of flavors in 3 groups. Super Concentrates, Regular Flavors, and Weak Flavors. Not sure if “Ultras” is a new new thing, or just the same old thing.

Thanks. I’ve not heard of medicine flower, but have browsed through a Flavorah recipe pdf. I think one flavour was called for at 0.01%, so assumed they were a bit stronger
Haven’t really got to being discerning yet, as kinda early days. Have mainly worked out that sherbety lemon&lime doesn’t get re-ordered, and I’m not sad that VapeWild is leaving Europe

Some flavorah flavors are stupid strong, rich cinnamon being the best example…I think it’s the best tasting cinnamon on the market for bakery flavors, but it’s the only cinnamon flavor in a cinn powdered sugar donut I’m working on, and I use one drop in 25ml and it’s prominent, I might have to go to one drop in 30ml, we will see when this next batch is done steeping

Rich to me is like the cinnamon on cinnamon sugar toast… (btw… if you make a 4oz of my toast loaded and add 2 drops rich cinnamon… it’s just like that toast! <3 ) 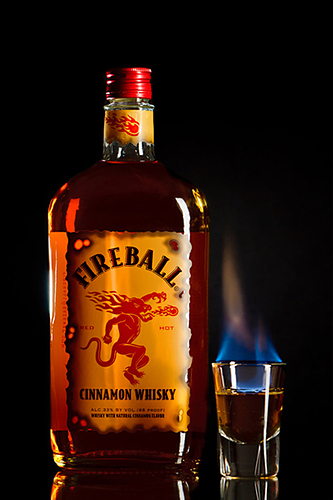 it’s even got the blue flame!!

I have several cinnamon roll recipes where I use 1 drop per 20ml, it was almost perfect for the donut recipe at 1:25ml but a touch strong when I first tried it, but ooo glazed donut takes a full 4 weeks to taste the way it should, and their powdered sugar seems to get a little stronger as it steeps, I tried it at 3 days so it’s hard to judge, but I’ll know soon, will probably tap into the bottle this weekend, although now I’m thinking about re-wicking in the morning…

Hey @Fishaddict420… rewick lol… in the morning?
I can barely focus on grabbing coffee with one eye open!

Yeah I will be mixing again today… and thinking on rotating a few of my shots out on my site… will see. busy day today again, and still… no tree!!

I see your problem, there is no “s” on the end of your coffee…I have coffee’s lol