What to do with used cotton

You say paranoid, I say just “planning for the worst”… 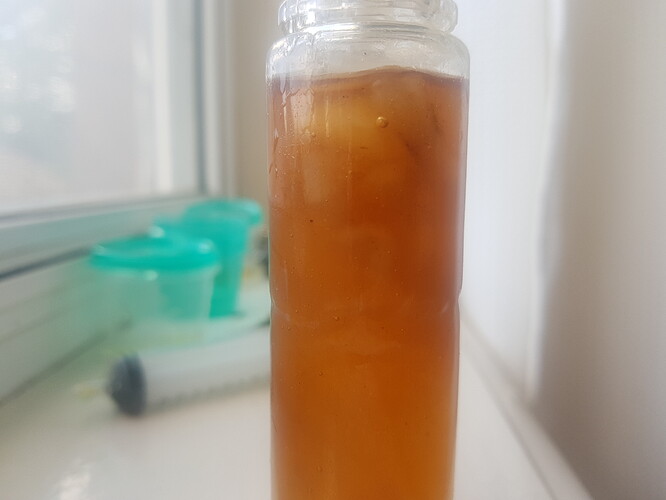 Since starting to vape again this time round and immediately reading about the import ban coming in October, I’ve stopped binning even the cotton I pull out my RDAs and have this dedicated bottle specifically filled with just PG - a kinda miniature vat to allow the nicotine still in old cotton to leech out into.

Especially with the salts I’ve been using: since most my cotton is still saturated with old juice when I pull it out to replace with a fresh wick, if 1mL is ~50mL salt nic I figure that’s gotta add up over dozens or hundreds of discarded wicks.

Also especially, I usually change cotton and flash-heat my coils clean pretty regularly when I change from a fruit flavour to dessert and back, so the cotton isn’t usually very old at all when I swap it for new stuff.

God knows what the strained juice in that bottle would taste like of course and I certainly hope I don’t run low enough on liquid to force me into having to find out or try it.

Still, feels kinda good to know it’s there and getting more juice-drenched wicks dropped in it regularly.

By October when the ban actually starts, I’ll have a 2 litre bottle full of cotton leeching salts and freebase into that PG.

“Hope legislation changes back bro so you never end-up using it!”

Here in Australia, we’ve never able to buy nicotine liquid or juices with nicotine - that’s always been illegal - because selling and buying it is illegal.

The one loophole was being able to buy nic liquids from overseas and have it mailed to us: even then it’s still illegal but overseas companies aren’t obliged by Australian laws and they haven’t bothered treating it as an illegal import.

Come October, ALL importation will be outlawed, it’ll still be just as illegal within the country and the only way to be able to obtain juice will be with a script from a doctor, with politicians stating that they’ll be treating even that as pinky a “last resort” for smokers to quit when they’ve exhausted all other nic replacement therapy options.

Nobody really knows what that means yet practically, but it could be as bad as ONLY being able to buy juice chemists stock in tobacco or menthol flavors, or it may be as good as just scoring a script then being able to order locally.

Nobody knows, but they’ve always been much tighter on legislation here than in the States on liquids so we’re all pretty sketchy about what’ll happen from October onwards

The more I’ve read about disposables too, the more I’ve started thinking that they are a big factor since they seem to be flooding the place and popular with teenagers - who can’t easily order real mods and liquid online, so they’re reaching for disposables that’re 60mg/mL then quickly going full-junkie with em…

Meanwhile here in the present, the bigger concen is trying to get the right balance between the coffee, ice-cream and sweetener for the bottle of milk coffee juice I want, getting and getting the ratios similarly for the maple syrup waffles with nuts and the mystic mango clone I’m attempting and mm yeah I’ve given up on the custard until I’ve got another few custard and vanilla flavours to thicken the overall taste - trying to do it with only creme brulee, soft-serve vanilla ice-cream and milky marshmallow is pointless…

God knows what the strained juice in that bottle would taste

I know people who put their left over juice together in a bottle, they call that suicide juice.

That was before this nugget came along. I’m afraid they used too strong a word for that mix, what are we going to call yours?

Yeah umm. Not for me but i kind of get it .I guess ?. Cotton is pretty cheap tho.

Yeah umm. Not for me but i kind of get it .I guess ?. Cotton is pretty cheap tho.

If I ever have to resort to using that juice, the cotton will be strained and thrown in the bin: each cotton bit is dripping with 50mg/salt nicotine - that’s what I’m worried about wasting.

Having them soaking in the PG, most inat nicotine should seep-out over time and like I said if I ever have to resort to using that stuff, I’ll slip on a disposable glove and squeeze the cotton out by the fistful to get all the nic out manually.

Im not planning on using it though…

Won’t need to think about it until October anyway but it seems a pity to just bin all those little lengths of juice-drenched cotton when it’s just as easy to add em to a container.

I don’t wanna know what it tastes like, though I’d certainly be churrios …to know how much nic would end up in there - after 6 months of coil changes with half a mL or 1mL in each coil.

Hmm… wouldn’t be the full 50mg since it’s been warmed to some extent, but it hasn’t been vaporized either and they’re dripping juice every time I change them.

You just want some peace of mind, have something just in case.
If you’re interested, you could try this lot

Explain the regs in your country and they will put something else on the paperwork and the bottle.

they call that suicide juice.

Hehe, that’s a good one…

THAT is what we need!

Nope, I can’t think of one offhand.

Ended-up with some absolutely awful ones more often than the remarkable ones, but o’s the flavours all match and you like each of the leftover juices…

Don’t misconstrue what I’m saying though: I don’t WANT to vape that and I certainly don’t think it’ll be a revolution in juice mixing, but it seems prudent with all the legal changes coming to not just bin all that nicotine-soaked cotton

Long as I can order somewhere though, I won’t need to be so paranoid…

this reminds me of the saying “penny wise, dollar foolish”. just order some more nic, while you can, and have enough to last you.

this reminds me of the saying “penny wise, dollar foolish”. just order some more nic, while you can, and have enough to last you.

But everyone else will be too, and commercial juices have been frequently sold out the last few weeks.

Soon the states will do its mail lockdown of course, which should leave a fair amount of nicotine unsold for us to have a decent chance to get our hands on some.

That is one helluva link! Thx Josephine

I assume they sell retail to us little consumers? I realize FedEx and DHL are expensive but still…in times like these it’s good to know there are still resources out there.