Sub or Above 1 OHM

How about “Pro ohm” as in positive?

Sub- is a prefix derived from Latin, meaning “under”, “below”, or “less than”. The analogous Greek prefix is “hypo-”.

Supra - Word Definition
A prefix added to the start of a word. Indicates that “above” or “beyond” modifies the word. Created to expand meanings. Can be used with many words to form new words.

Hyper - Word Definition
over, above, more than the normal, excessive hypercritical, hyperopia

As said already kinda. The poll needs to define what super is…below 0.15?

IMO Super-OHM seem to be on the wrong end of the spectrum. kinda coined this phrase a while ago. For lack of a better term when not many were vaping that low. I thought it would be a good title for vaping below .1 ohms which was considered taboo before the onset of TC mods.

This is my all time favorite build to date. This build crank out more vapor and flavor than any of my previous builds. I hope someone try this build and let me know what you think. You know it’s in TC mode Dual 22g, 6 Wraps Spaced Titanium Coils… 2.5mm ID. It should come to .05-.07 ohm. IMO the ultimate tank build. If you ever took my word for anything this is one you must try. There is no difference between this build and a dripper. I actually like it better than a dripper because it doesn’t g…

There was some discussion on the subject before…

Continuing the discussion from Dripping Recipes vs. Tank Recipes: Since I started Sub ohming I totally forgot about the old way. But I’ve come to realize that most vapors vape plus ohms. I’d like to hear how you vape and how you feel about Sub vs Plus Ohming.

When the voltage was more or less fixed to a single cell or Li-Ion, the resistance was synonym with power, now that outside of a few mechmodders it is not, it is mostly irrelevant.

The units that the above quantities are expressed in cancel, leaving units of Coil Mass (multiplied by some numerical constant). In general, larger gauge coil wire results in lower values of Coil Resistance and correspondingly larger Coil Mass, requiring increasing amounts of Coil Power in order to maintain the same 10%-90% Coil/Wick Interface Temperature Rise Time.

Rise Time [10%-90%] changes with the squared ratio of Coil Mass divided by Surface Area, stated as:

Calculating the values of all of the above independent variables (except for an unknown unless measured coefficient of Heat Transfer) for SS 316L wire, 3mm inner Coil Diameter, here are two different coil designs, both having (almost) identical inner Coil Surface Areas (differing by only ~0.5%):

Calculating the ratios of the independent variables listed above for both coils, it is necessary to use ~1.606 times as much Power (Watts) in the case of the 0.8181 Ohm coil in order to maintain the same 10%-90% Rise Time as that of the 1.6362 Ohm coil system (from starting temperature to an equilibrium temperature of the wetted Coil/Wick interface).

If such an increased amount of Coil Power (Watts) is desired, great. But in situations where that increased Power may not be desired by the user, the 10%-90% Rise Time is increased as a consequence of using thicker (lower gauge) wire - resulting in increased battery-cell Current consumption as the price for “speed”.

Note that the above calculations relate only to a single-wire wrapped coil (without any shorted turns). Other coil “topologies” (such as twisted-pair, etc) would seem to be potentially more complicated to model. Coil Mass will always increase with the use of larger wire (decreasing wire gauge), and similar (thus comparable) designs using different gauges of (the same type of) wire should have similar trade-offs. The ability of a twisted-pair wire length to somewhat increase the (wick-contacting, inner) Coil Surface Area for a given Coil Mass (relative to single-wire) should result in a reduction in 10%-90% Rise Time that is equal to the square of the improved Coil Surface Area divided by Coil Mass ratio. That’s where a “mesh” type coil should shine.

The use of thicker wire gauges in order to achieve a lower total Coil(s) Resistance requires more Coil Power (Watts) in order to achieve the same 10%-90% Temperature Rise Time (of increases in the Temperature of the Coil/Wick Interface). As a result, the particular coil wire gauge that is used in creating a coil(s) determines a specific range of Coil Power (Watts) within which an “acceptably fast” 10%-90% Rise Time can be realized - with the required amount of Power (Watts) increasing with wire thickness. Maximizing (inner) Coil Surface Area while minimizing Coil Mass minimizes the 10%-90% Rise Time.

It was worth posting those just for this gem I found… 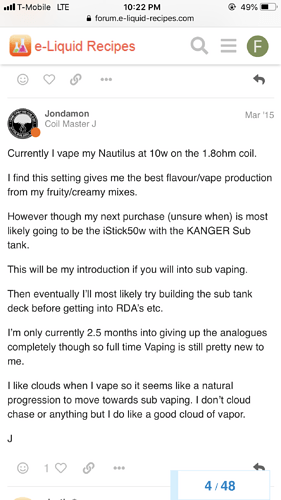 I left the rise time out because it is really more a matter of coil mass that anything else. You can have high mass/highish resistance coils ( 10 turns of .4mm/4mmID is close to an ohm)
If you want a funny one, the larger the wire, the less uniform the wire heats in its section ( it is cooled through juice vaporisation and airflow outside and the inside through conduction with inside).

I follow you saying that mesh/ribbon wire should be best in theory. Yet I find that really boring small diameter wire works best, not sure if it is a matter of ensuring sufficient heat inertia for the TC to work well or whether the bumpy cotton/round wire interface is a better fit.
I often empirically end up with 7 turns/.4-.5mmSs316/3-3.5mm ID coils which hapilly seat in my serpent SMM and cause no trouble. I might try a ribbon coil again next time.

It works, it rolls off the tongue easily enough. I like it.

I always think of a little blurb I read a long time ago. Too long ago to remember all of the details such as who was involved. Some well known employer, I’m thinking someone like Edison hired a fresh college grad and gave him the task of finding the volume of an irregular flask. After a long time the student using calculus came up with a result. The employer never interfered with the process. Afterwords the employer checked the result by filling the flask with water and measuring the amount of water in a measuring vile which took about two minutes with essentially the same results. My favorite electronics professor used to say “chicken shit is chicken shit, don’t pick the white stuff” meaning all the trailing digits the students were considering in calculations had no bearing on the function of the circuit. I see these as great analogies to vaping. I prefer trial and error. The multitude of physics variables interacting in a vapor chamber are daunting. Coupled with deviances, limits, etc. of materials used mathematical modeling becomes dubious. A particular atty with a particular build and a particular juice set at a particular power setting often provides a vape that I just love for subjective reasons. That’s just not a scenario that lends well to mathematical analysis. Don’t get me wrong, I like reading the technical approaches folks use as it defines their particular approach which I always find interesting. Some fun reading here.

Thing is a lot of experimental science is that you find something working and try to understand why, so that you can make it better or just for the sake of it.
Empirical evidence for me goes: too heavy coil does not work, to light coils are odd as well.
I try to slap physics on to of that.

Serious engineering works a lot like this and I have done quite a lot of it.

It’s all good. Glad to see you enjoy the discipline. Carry on. Always enjoy the read.

… the larger the wire, the less uniform the wire heats in its section ( it is cooled through juice vaporisation and airflow outside and the inside through conduction with inside).

That makes sense, in that the coil (inner) “surface area” is made up of locations of coil/wick contact on the cylindrically shaped wire - and larger gauge wire makes somewhat less physical contact with the wicking material than smaller gauge wire does (per unit distance along the wound coil).

There is indeed quite a lot going on simultaneously (in what might seem to be a relatively simple situation). One informative paper that describes the modeling of such systems is:

… and an informative paper that describes results of some testing of the measured Nicotine flux in vapor:

I read Uber and think taxi these days.

Like raising your hand to call a taxi meaning 1.0 and above 1.0 Ohm. 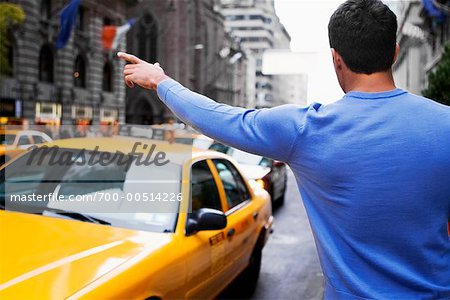 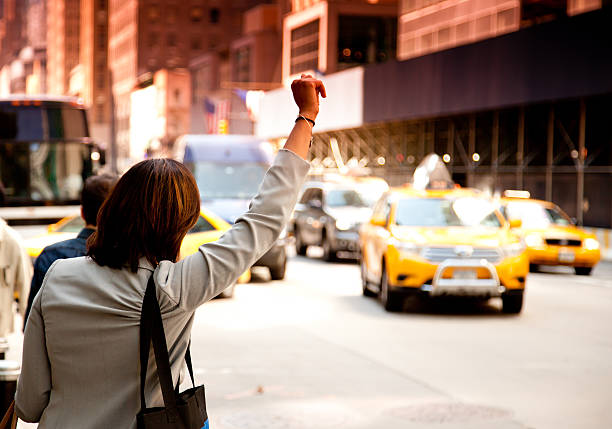 As one of your Traditional English speakers, I suppose (not guess) it’s up to me to point out that supra-ohm would be the only correct choice (as I neither suppose, nor guess but absolutely know of course, being English ) from amongst all those , ummm, Latin prefixes proffered.

But , hang on. since when did Latin get to be called English? Ohh,. I remember, it was brought over by those invader chappies. A bit before my time, I hasten to add. But ever since then, we English like to imagine that we sound more intelligent when we talk like those poncy Romans.

but for some reason i just keep thinking of rude words, now i’ve said that (Fuck yeah ohms, anyone?)