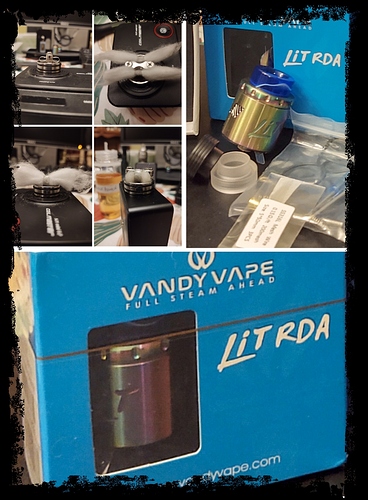 My first impressions:
Right away I was greeted by a nice smooth and dense vape. But hey, something is wrong, where is the flavor? I loaded the Squonk pump with a well steeped mixture of an adapted “Apple Punch V2” recipe that has tons of delicious Apple goodness.
I didn’t set any kind of high expectation but this just didn’t seem right. Unphased, I kept Vaping away, mainly because I was also trying out a new Squonk mod that uses a pump lever and I need to get a feel for how much juice is supplied with each pump.
Thank goodness, the flavor kicked in “the next day”. I’m guessing that mesh (SS-316) takes awhile to break in? I don’t know but now the flavor is definitely in the house, and it’s very good

Boy is it thirsty! Like a Labrador on a hot summer day, it demands so much juice the Squonk pump can’t even keep up. I maybe able to adjust the pump, I’ll check and see, but I have to give a pump for every other draw. Sometimes 2 or 3 pumps. I haven’t measured but it might be consuming more juice than my Steam Crave Aromamizer Plus. Maybe that’s another thing with using Mesh? There is a lot of surface area with mesh and the way the mesh forms a figure-eight it essentially forms two big round tubes of coil. I didn’t measure but I estimate at least 5mm openings, probably more.

Do I like it? Watch my short video and decide for yourself 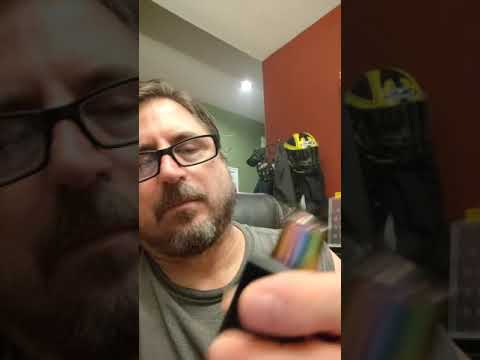 I snatch a to-go Squonker, the asMODus Spruzza sporting the Vandy Vape Lit

RDA. I’m in gear and on the road, Pandora playing Motörhead (cover - Sympathy for the Devil), I hit the Mod and what do you know? No flavor.

Second hit and still no flavor. The cloud seems much thinner than I remember too. I close down the air inlet. That helped a little but this doesn’t seem right. I open the air inlet more than before. Still no flavor and the clouds are not to be.

Than it hit me

Are the airholes on the barrel lined up with the massive Mesh coil?

No! No they are not. The barrel isn’t keyed to the build deck. I position the barrel so the air inlets line up with the side of the Mesh and Wala, problem solved; Flavor and clouds galore. I am no longer “One Step Beyond”.

I’m guessing this is why I experienced an unusually long break-in time. I had been putting the barrel on at random up to this point.

So, if this were a review and I were to list the Pros and Cons, I would list under the Cons that the barrel is not keyed to the build deck.

If Vandy Vape releases an updated version with a keyed barrel, I hereby rename it 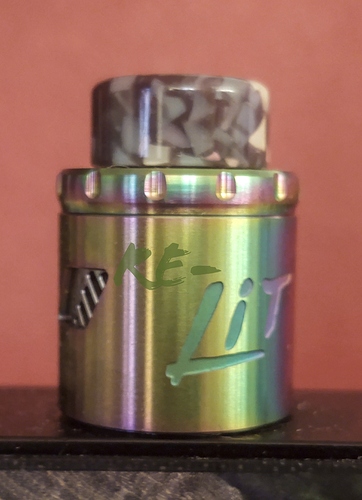 I have the Kylin M (mesh rta) and never put it down. What did you use for wick? Rayon requires no break-in, so i assume no flavor mentvyour wick needed some break-in time?

Neat concept of being a dual mesh rda. What did that set you back?

thanks for the review
lol, looks like you’re pretty happy with it.
It looks a versatile bit of kit with the different coil configs available.
So both regular and mesh coils and is it right you can run mesh vertical or horizontal?
Might pick the lit up.

Yeah DS ive been using a clone of the kylin m and even the clone is really nice.
im definitely getting the original.
Just got some OFRF SS nexmesh to try in the kylin m, zeus X and the aromamizer plus V2’s and ragnar.
Ive been liking the wotofo mesh claptons in the aromamizer plus V2’s as well
Im digging mesh, It can chew through the juice though.

What did you use for wick

I think I bought it from Vapeciga 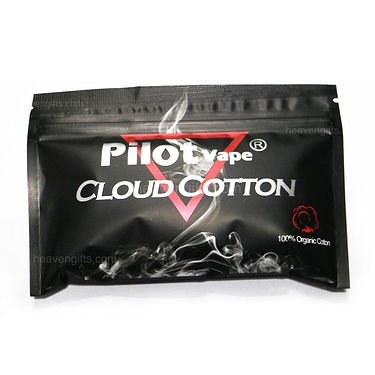 What did that set you back?

I paid $18.09 USD . The same place has them marked down to $14.19 at the moment.
https://mobile.cvapor.com/vandy-vape-lit-rda-rebuildable-dripping-atomizer.html

thanks for the review

Thank you but that is not a review

and is it right you can run mesh vertical or horizontal?

I don’t think you can run the mesh vertical. You might be able to twist it, I’ll definitely try someday. Regular round wire coils will go in vertical just as easy as horizontal. I think you would have to twist the legs if you have a really wide ribbon or hybrid coil but there is room for the biggest of coil legs. 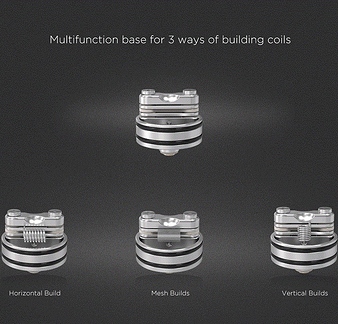 well cheers, for the 1st impressions preview
Yeah i thought vertical mesh sounded weird, which is why i asked.
I couldnt imagine how that could possibly work.
I read it in a review when doing a bit of googling on it.
It must be a decent vape with duel mesh?

It must be a decent vape with duel mesh?

Yes, a decent vape with dual mesh although I don’t have a proper frame of reference as it’s my first Mesh RDA - hence not a review. I don’t want to over hype it. It’s not dethroning my Steam Crave Aromamizer Plus V1.

I browsed reviews and two out of three said they prefer the Lit with regular coils over the mesh coils. I remember at least one of them said he wasn’t a fan of Mesh coils to begin with.

Very nicely done @JiM210, clear, concise, and to the point. The short vid, did just drive it home. Not being a huge mesh-er, I can’t speak to any break-in periods.

clear, concise, and to the point.

Why does it sound like you’re critiquing a review? Weird

I discovered something today and i made an update, check it out

I have the Kylin M (mesh rta) and never put it down.

Vaping on mine as I read this.

I never go a day without it. Been going 1 month on the same piece of rayon and mesh.

That’s about how long I go also, unless I detect some flavor degradation.